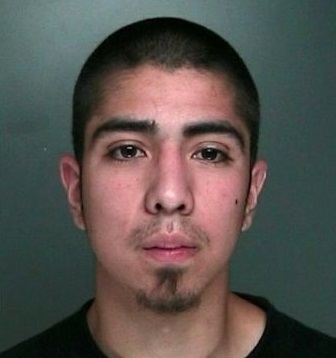 A leader of the Brentwood Locos Salvatruchas (BLS) clique of La Mara Salvatrucha, also known as MS-13, was sentenced on Tuesday to 25 years in prison. 30-year-old Ronald Catalan (photo above) led the BLS clique from 2015 until his federal arrest in July 2017 and previously pleaded guilty to racketeering charges in October 2018.

His guilty plea included predicate acts relating to a June 23, 2009 shooting in Brentwood and an October 21, 2015 shooting in Bay Shore that collectively left three victims wounded. Catalan, who goes by the nicknames “Stranger” and “Extrano,” also pleaded guilty to conspiracy to distribute cocaine and marijuana, as well as illegally using firearms in connection with crimes of violence.

On the hunt for Bloods and Latin Kings

On June 23, 2009, Catalan and two other MS-13 members, all of whom were new members of the BLS clique, armed themselves with handguns and drove through Brentwood, hunting for rival gang members to attack and kill in order to increase their standing in the MS-13 gang.

They observed a group of males on Barleau Street whom they believed to be members of the Bloods street gang. The MS-13 members got out of their car, approached the group and started firing. John Doe #1 was struck in the armpit and back as he tried to run. John Doe #1 underwent surgery and ultimately survived the attack.

In addition to shooting John Doe #1, Catalan admitted to participating in the October 21, 2015 attempted murders of two men that occurred on Bancroft Road in North Bay Shore. Catalan and other MS-13 members decided to retaliate against suspected members of the rival Latin Kings gang for the assault of an MS-13 member earlier that day.

Catalan further admitted that, between January 2015 and February 2016, he and other members of the BLS clique conspired to distribute cocaine and marijuana to help finance the MS-13’s operations.