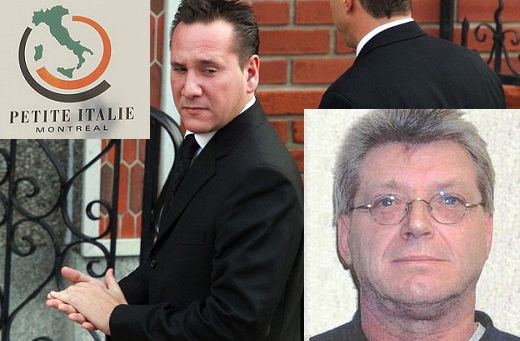 Also arrested was Gregory Woolley, a member of the Hells Angels and the reputed leader of the Syndicates, a street gang formed in the 1990s during the club’s war with rival biker gang the Rock Machine.

The operation was aimed at Montreal’s major drug traffickers and most influential organized crime players, police said. “We arrested all the persons who were making the decisions,” Quebec provincial police Lt. Benoit Dubé told reporters of CBC News Thursday morning. Investigators say the Montreal Mafia worked closely with the Hells Angels and street gangs to control the region’s drug market. A market that has long been dominated by the Italian Canadian Mafia family once led by Vito Rizzuto (right). Now, his son Leonardo Rizzuto has allegedly followed in his notorious father’s - and grandfather’s - footsteps, becoming an integral part of the city’s mob clan. Stefano Sollecito, another son of an infamous mobster, has succeeded Vito Rizzuto as new boss, authorities claim. Police suspect these men play a role in continuing the flow of narcotics into Canada.

Maurice “Mom” Boucher is charged with murder conspiracy after hatching a plot to kill crime boss Raynald Desjardins. According to a report by the Montreal Gazette, “Boucher, a former leader in the Hells Angels who is currently serving a life sentence at Ste-Anne-des-Plaines for ordering the murders of prison guards, used his daughter to relay messages to Gregory Woolley — a man who acted as Boucher’s bodyguard during the biker gang war between 1994 and 2002. The plan was to have Woolley arrange to have Desjardins killed while he, like Boucher, is behind bars.”

During the morning raids, around 200 police officers seized 41 firearms, $1.2 million in cash, 122 cell phones, and a Harley Davidson motorcycle.