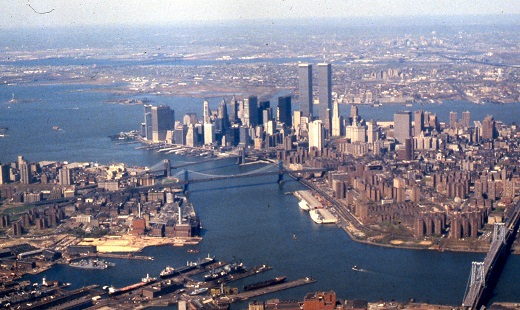 In the past few decades, various prosecutors have announced the end of the American Mafia several times, but each time La Cosa Nostra popped up at exactly those places where it was said to have become extinct. A NY Times piece about the New York harbor showed that despite prosecutions, the area made famous by On the Waterfront still has plenty of notorious names working its docks.

Back in the 1930s and ‘40s, the mob owned the ports and everyone working there. Using strong-arm tactics, powerful crime bosses had taken over the area’s worker unions and effectively appointed themselves as the harbor’s caretaker. Their influence was acknowledged by the United States government when, during the Second World War, they made a deal with imprisoned Mafia boss Charles “Lucky” Luciano in which he promised to keep the ports safe from Nazis in return for his early release from prison.

In the years and decades following this historic – not to mention controversial – pact between the Mafia and the United States government, the five families of La Cosa Nostra maintained a strong presence in the ports of New York and New Jersey.

But by the 1980s, the government was playing hardball as it decimated the five crime families by prosecuting its bosses and all those beneath, resulting in a weakening of the Bonanno, Colombo, Gambino, Genovese, and Lucchese crime families.

Still, despite prosecutions targeted at the top leadership as well as the mob’s men involved in various forms of labor racketeering, business continued as usual. Even on the docks, a place that had undergone its own transformation.

“A century ago New York Harbor employed 40,000 longshoremen, who unloaded ships with hook and sling and brawn,” Joseph Goldsteinjan writes in The New York Times. “Today, the entire workforce is just under 3,400 longshoremen, many perched behind the controls of cranes and straddle carriers.”

While thousands of longshoremen have vanished from the docks, there are strong indications that the mob has not. The (Mafia) family name that is heard most often in relation to the waterfront, is that of the Gigantes. Though infamous Genovese crime family leader Vincent “Chin” Gigante has been dead for several years now, his relatives still enjoy the fruits of his labor. According to the Waterfront Commission, the Gigantes have ten relatives - mostly nephews, in-laws and grandsons - working on the waterfront. 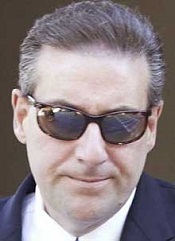 Up until his arrest, Andrew, one of Gigante’s sons, was also on that list. As an executive with Bay Container and Portwide Cargo Securing in the port of Newark, New Jersey, he was paid a salary of $350,000 a year. In 2003, he pleaded guilty to racketeering charges related to the extortion of a large container repair and storage company on the New Jersey, New York and South Florida piers and the use of mob muscle to seize control of the International Longshoremen's Association in New Jersey, New York and Miami. He (left) was eventually barred for life from any activity on the New York, New Jersey, and South Florida piers.

Ralph Gigante, Vincent Gigante’s nephew, still is on that list. He was appointed to the union shop steward position, making $419,000 in 2014 alone, working even while he was at home asleep in his bed, The New York Times article joked.

Phoebe S. Sorial, the general counsel for the Waterfront Commission, tells The New York Times that, the International Longshoremen’s Association frequently seeks jobs for “people who posted bail for organized figures” and “people who are in business with organized crime figures” as well as relatives of mobsters.

One name that popped up will be of special interest to many of our readers. In 2014, the union recommended the 62-year-old daughter of deceased Bonanno family soldier Benjamin “Lefty” Ruggiero, who was played by Al Pacino in the 1997 film “Donnie Brasco.” 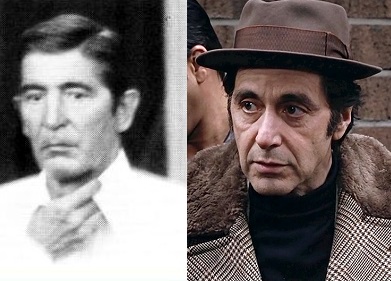 It is perfectly possible that she – and all the aforementioned others – earned their job the right way. Authorities would pounce if they had any evidence of corruption. But it doesn’t help that they have ties to various mobsters and were proposed by a union led by a man who himself has long-rumored ties to the Genovese crime family.

Harold J. Daggett is the International President of the International Longshoremen’s Association serving as “chief negotiator for the ILA representing 45,000 ILA members at port areas from Maine to Texas, Great Lakes region, Puerto Rico, major U.S. Rivers and Eastern and Central Canada,” according to the ILA website. He was also on trial with a host of Genovese family notables in the mid-2000s, including capo Lawrence Ricci, who went missing and was found murdered after the trial concluded in an acquittal for Daggett and others. At that trial, longtime Genovese family soldier George Barone (right) testified against Daggett – calling him a Genovese associate – while he gave jurors a detailed insight into how the Genovese mob led by Vincent Gigante threw around its weight on the docks in New York, New Jersey, and Florida.

Barone himself was president of an International Longshoremen’s Association Local in Miami in the 1970s and spent seven years behind bars for labor racketeering. After finding out that Vincent Gigante and his offspring had become the new power on the docks, he came to blows and – fearing for his life – became a turncoat.

Be it the 1940s, the 1970s, or 2017, be it 40,000 or 3,400 longshoremen working the New York docks, it seems like no matter the time or the activity, the mob always has someone present to keep an eye out for possible business ventures. Even after the powerful Mafia figures behind it all have long since passed away.