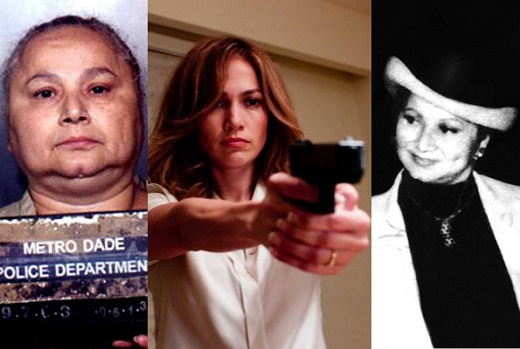 Global super star Jennifer Lopez will play the role of Colombian drug kingpin Griselda Blanco in an upcoming HBO film about her notorious and violent life of crime in Colombia and the United States. Lopez enjoys success as both an actress and musician and currently stars in the NBC drama Shades of Blue.

“I’ve been fascinated by the life of this corrupt and complicated woman for many years,” Lopez said in a written statement. “The idea of teaming with HBO felt like the perfect fit for finally bringing Griselda’s story to life.”

Griselda Blanco was one of the most prolific drug bosses in the United States during the 1970s and 1980s, and one of the few females who rose to the top of the male-dominated world of narcos. Though her life of crime was documented in news media and books, it wasn’t until the 2006 documentary Cocaine Cowboys and its lesser sequel Cocaine Cowboys 2 in 2008 that she became a celebrity gangster, of sorts.

After serving a drug sentence in the United States, she was deported to Colombia where she settled in Medellin. In 2012, two gunmen on motorcycles pulled up to Blanco as she walked out of a butcher shop. One man got off and pumped two bullets into her head. She was 69.

Many were amazed it took that long for someone to kill her for a lot of people wanted her dead.