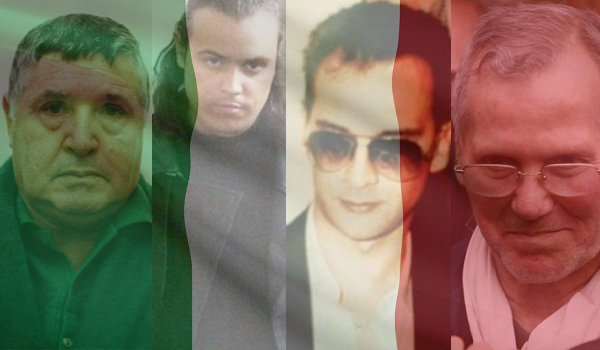 Profiles and articles below introduction

Italian organized crime, divided in Cosa Nostra, ‘Ndrangheta, Camorra and Sacra Corona Unita, is a rich and powerful criminal enterprise with a lot of connections and branches around the world. According to authorities it has about 21.000 “made members” and more than 200.000 “associates”. The biggest moneymakers are drug trafficking, public contracts, extortions, frauds, gambling, weapons, construction, video poker, money laundering, and cigarette smuggling.

Recent inquiries prove that Italian organized crime is run by a national commission formed by Cosa Nostra and ‘Ndrangheta bosses. This commission decides on strategies and organizes the most important business. Camorra and Sacra Corona Unita, being less-organized, gravitate inside their spheres, but with a strong control of their own territories.