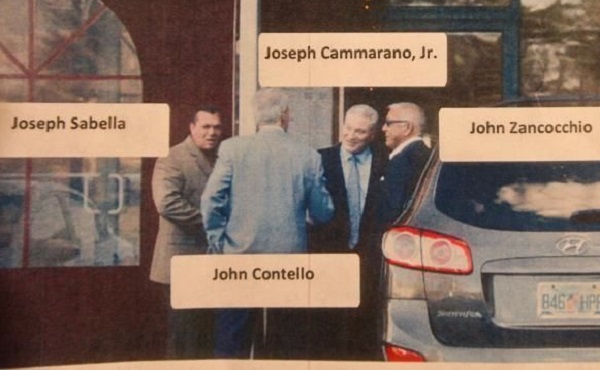 The trial of alleged Bonanno crime family boss Joseph “Joe C” Cammarano Jr. began last week and he showed up looking the part. It brought up the question: Does looking like a mobster, make you guilty of being one?

A stupid question, of course, but one that needs to be addressed. With his gray hair, wearing a big silver ring, and dressed in a navy-blue blazer, light blue dress shirt, striped-tie and gray pants, Cammarano Jr. reminded the courtroom and onlookers of actors Frank Vincent or Vinny Vella, both famous for their roles as mobsters in films like Goodfellas, Casino and television series The Sopranos. 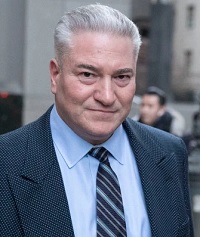 “Looking like you stepped out of a central casting in a mob movie doesn’t make you a part of one of these groups,” Cammarano Jr.’s lawyer Jennifer Louis-Jeune said during opening statements in his Manhattan federal court racketeering trial, according to the New York Post. “Don’t be distracted. Don’t let what you have seen in movies or on TV or whatever you have heard about the Mafia cloud your judgement.”

Cammarano Jr. (right, photo by Erik Thomas for the New York Post) was arrested in January of 2018 along with nine other Bonanno gangsters and is charged with racketeering conspiracy and extortion. He faces 20 years in prison on each count. He allegedly became the Bonanno family’s leader in 2015.

What do you think? Does looking like a mobster, make you guilty of being one? Or just guilty of being a wannabe? How about saggy pants and a hoody? Or an all-red outfit?

What about tattoos? Tattoos in the neck? Maybe a teardrop under the eye? In Japan you are prohibited from entering a sauna if you have tattoos because members of the Japanese Mafia, known as the Yakuza, proudly flaunt their gang affiliation through their body art.

Perhaps, Cammarano Jr. should be more worried about his longtime connections to the Bonanno crime family and his criminal record. Though both are by no means an indication of his guilt, they probably carry more weight with the jury than his shining silver ring and expensive suit.