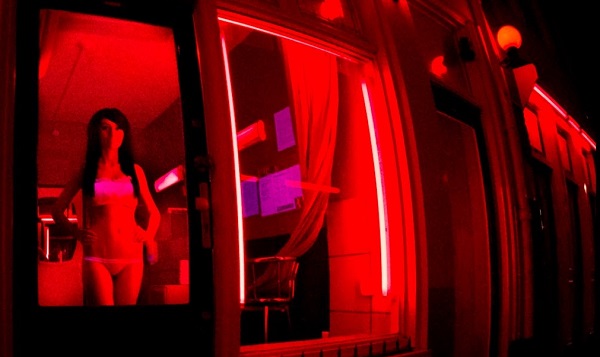 Prostitution is one of the oldest professions in the world. It’s also one of the dirtiest, with misery accompanying the victims as they sell their bodies for cash. This leaves authorities with a problem: How to deal with the business and its criminal ties? Solutions abound, but organized crime remains close by.

To combat the pimps that keep prostitutes in a stranglehold, authorities in various countries have opted to try and provide sex workers with an environment designed to keep them away from gangs and groups of colleagues that might be under control of criminals.

For instance, in the Netherlands, a country known for both its liberal views on sex and prostitution and its infamous Red-Light Districts, municipal governments offer prostitutes separate rooms they can rent in their own name. Authorities hoped that this emancipation would ensure that organized crime and pimps would be blocked from being able to participate in the exploitation of these women.

It turned out to be a grave mistake. Most of these prostitutes are mentally broken down by their pimps or crime groups. They are degraded and made to obey their bosses. When these women have shown they are dependable they are put to work. At that point, it doesn’t matter if the woman has to apply for a room by herself. Her mind is held hostage and the physical presence of her pimp is no longer needed to keep her under control.

Each year, around 3,000 women – including 1,320 underage girls - are forced into prostitution against their will, according to an official report by the Dutch government in cooperation with the United Nations Office on Drugs and Crime which was released today.

Not exactly a sign of success. But at least governments are trying to find a solution to an age-old problem. Though one could ask whether they truly are doing so or whether they are merely going through the motions, destined to fail.

In Hong Kong, sex workers are also offered their own workspace, since organized prostitution – such as brothels and a red-light district - are illegal there. In a detailed piece on The Daily Beast, Viola Gaskell writes about visiting the Fuji Building, a skyscraper in Hong Kong’s Causeway Bay district, which offers 18 floors of so-called “one-woman brothels.”

“The ubiquity of prostitution in Hong Kong is a result of its legality under the rule of ‘one woman, one room,’ meaning there are to be no brothels and no pimps—literally one woman, and one room,” Gaskell writes. “There are myriad ways the laws are skirted, from massage establishments with unadvertised services, to bars where honorary female employees have rather fluid roles, to put it lightly.”

Indeed, when it comes to prostitution it seems no matter how hard governments try to offer up a legitimate environment, the seedy underworld continues to find a way in. Surprisingly enough, in both Hong Kong and the Netherlands, this is – in part – due to mistakes made by said authorities.

Despite them trying to make prostitution a legitimate business in terms of the law, prostitutes continue to be treated as criminals wherever they go. In the Netherlands, one example of this is if they want to start a bank account for their business, they are not able to do so. This is why, in part, legalization in the Netherlands remains an abstract concept when it comes to the sex business.

Similar problems arise in Hong Kong, as Gaskell writes, “Sex workers routinely seem to prefer working with the triads—a Hong Kong crime syndicate, though they are often involved in perfectly legal business operations as well—over the police. ‘If they are associated with a triad and a customer doesn’t pay them or abuses them in any way, the triad will really do something about it when the police may not, and if they are here illegally, they risk no danger of deportation.’”

Talk about getting fucked.