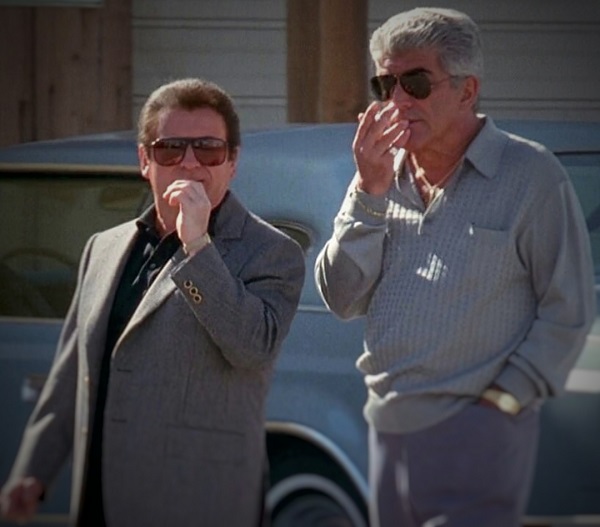 Drug traffickers and gangsters all over the globe were shocked to find their encrypted text messages in the hands of law enforcement agencies in Europe and the United States. Large service providers called EncroChat and Sky ECC were hacked by authorities and revealed a treasure trove of messages where criminals talked openly about drug shipments and gangland killings. How can gangsters communicate without the government listening in or finding out? Gangsters Inc. did some spying around.

Europe’s narco kingpins were sweating and ducking for cover last week when it became known that police in Belgium, France, and the Netherlands had hacked into the servers of Sky ECC, a company that provided an encrypted communication network for its 170,000 customers worldwide. The tool, which has its own infrastructure and applications and is operated from the United States and Canada, uses computer servers based in Europe. On a global scale, around three million messages are being exchanged each day via Sky ECC. Over 20 percent of the users are based in Belgium and the Netherlands. These services are in high demand in the underworld and investigators were not surprised to find hundreds of millions of text messages on these servers which they could directly link to narcotics trafficking and violence.

So far Belgian police arrested dozens of individuals, including a Hells Angel, a member of the Aquino family (which is alleged to have ties to the ‘Ndrangheta), a famous professional kickboxer, and various prominent narcotics traffickers. They searched around 200 premises. Police in the Netherlands also made several arrests. Both countries say more will be announced as the investigation continues.

The fallout from this hack is similar to the crackdown that followed hacks like that of Ennetcom (in 2016), PGPSafe (in 2017), and EncroChat (in 2020). These resulted in global seizures of multiple tons of drugs, ranging from cocaine and meth to marijuana, and the arrest of some of the world’s biggest drug kingpins.

The use of these encryption services became popular with many European gangsters and crime bosses, who viewed it as a fast and secretive way of communicating with underlings and associates alike, no matter in what country they resided, without authorities being able to read along over their shoulders.

Things worked great for several years and authorities had serious issues finding out who were behind some of the most heinous murders and biggest drug shipments. Thinking they were safe and that investigators had no way of monitoring their messages, gangsters began talking much more openly about crimes – even about wanting certain prosecutors and lawyers murdered.

It was bound to blow up in their faces. Authorities stepped up their game and slowly but surely began making process. Once a server was seized and hacked by authorities, things quickly went very bad for the texting gangsters.

Could it have been prevented? What could they have done differently? Gangsters have been trying to evade the eyes and ears of the law since they began committing crimes. The encrypted text messages are just the latest in a long list of attempts. What do these attempts have in common and why do they fail or work?

Members of the American Mafia are involved in so many intricate schemes and rackets that it is important for them to stay up to date. They would get together at mob social clubs to discuss business, but quickly realized law enforcement was prone to bug their premises. The FBI would place bugs in a lot of social clubs and homes of La Cosa Nostra members, including the mansion of Gambino family boss Paul Castellano, the social clubs of Gambino boss John Gotti and Genovese family boss Anthony Salerno, and many more. As a result, many of these social clubs would have signs inside reminding patrons that the walls have ears.

To combat this surveillance, the parties involved go outside, preferably a busy street, and go for a walk. Meanwhile they discuss the issue at hand. It is called a “walk talk”. As an extra precaution they might place their hands in front of their mouths so police or FBI agents can’t read their lips. This tactic was made famous in the movie Casino, see below.

Another attempt to evade the law is by discussing business in the car, on the move and far away from federal agents it was deemed safer than discussing business at the office. Lucchese Mafia family boss Anthony “Tony Ducks” Corallo would have long talks with his chauffeur, Salvatore Avellino, as he was driven in Avellino’s Jaguar from mob meeting to mob meeting. Unbeknownst to both men, the feds had placed a bug in the car and were listening in and recording every conversation. The tapes cost “Tony Ducks” and other Mafia bosses dearly as it helped prove a conspiracy that earned them all a life sentence in what was known as The Commission Case, aimed at the hierarchy of the New York mob.

Lesson learned. So some mobsters began switching cars after one ride. This made surveillance a lot harder. Others, like Bonanno family soldier “Tommy Karate” Pitera, simply turned up the radio in the car and whispered in the ear of the person they were talking to. This made eavesdropping or bugging almost impossible.

“Quack Quack” on the phone

Face to face meetings continued to be the best way to avoid the law’s eyes and ears, but gangsters are always on the move and there’s only so much time in the day. So phones were a favored tool to communicate or set up meetings to talk more openly. 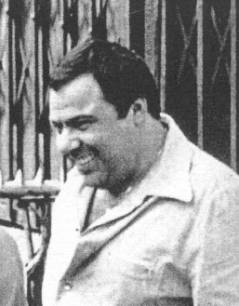 If they were smart, they didn’t use their home phones. If they fucked up, they paid dearly. Like Gambino family soldier Angelo “Quack Quack” Ruggiero (right). As his nickname suggests, Ruggiero liked to run his mouth. He told whoever wanted to hear that he only talked business on his daughter’s phone, which had a separate landline and was listed in her name. He figured it was enough to throw the FBI off his trail. Which might’ve been correct, if he hadn’t shared this piece of intel with men who were secretly working for the feds. The FBI began tapping Ruggiero’s daughter’s phone and picked up enough information on heroin trafficking to take down a bunch of powerful figures in the Gambino family.

Again, talking about criminal activities on your home phone is not a smart move. Preferably, mobsters used pay phones. As even Ruggiero himself did on frequent occasions. Mobsters walked around with pocket change and made calls throughout the day. As an extra safety measure the smartest guys in the crew would never use the same pay phone twice and also use pay phones in other areas than where they worked or lived. This made it much more difficult for law enforcement to tap their conversations. 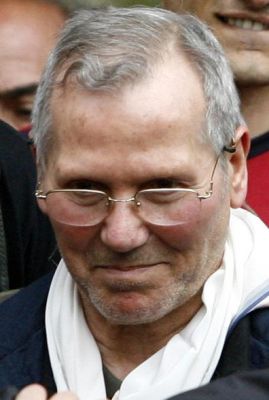 But it was best to avoid phones entirely, most mobsters agreed. In Sicily, Mafia bosses use small pieces of paper to communicate with underlings. These “pizzini” contain hand-written instructions and messages. Cosa Nostra boss Bernardo Provenzano (right) was a master at using this method of communication. His notes were steeped in religion and contained bible verses. Beneath it all, however, were subtle hints and messages for his underlings and other Mafia bosses.

Provenzano also used the Caesar cipher to encrypt his “pizzini”. Once used by Rome emperor Julius Caesar, this code involves shifting each letter of the alphabet forward three places. As far as encryption goes it is not the most secure method and for experienced code crackers it is one easy to discover and decode.

His evasion skills and methods to avoid law enforcement scrutiny served Provenzano well. In 1963, he became a fugitive and as the decades progressed he remained an invisible force. After authorities arrested Salvatore Riina in 1993, Provenzano became the new boss of bosses and the most wanted man in Italy. Still, he continued to evade capture until 2006 after spending a stunning 43 years on the run.

Though his position in Cosa Nostra and his many powerful connections no doubt helped him evade capture, his skills and discipline helped him during his decades as a fugitive. While he was in prison he continued using his “pizzini” to communicate and was placed under special surveillance as a result. 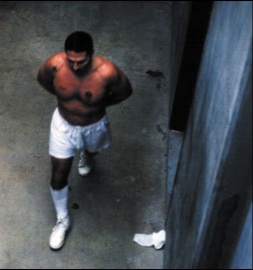 The crafty Sicilian Mafia boss wasn’t the only one who used small notes to communicate behind bars. Shot callers from various Hispanic, black, and white American prison gangs have become masters at this type of communication. Instead of “pizzini”, they call these notes “kites”. A “kite” is a piece of paper tied to a long piece of string, which is swung to a cell nearby and may contain a variety of instructions.

These instructions are hidden inside the regular text and only decipherable if you know the code used. Sometimes the inmates hide the text by using invisible ink, which they make from urine or citrus juice. The words will remain invisible until exposed to direct heat. This tactic is also used to communicate with inmates in other prisons. The Aryan Brotherhood used it to launch a nationwide attack on a rival prison gang in the 1990s until authorities caught on.

As long as there is surveillance there will be individuals who will find ways to evade it. For gangsters, especially, it is of the utmost importance to remain in the shadows and communicate in secret. They will continue to try to do so with various degrees of success – and fail once investigators crack the code.

What is clear, however, is that regardless of the methods or the advanced digital skills, the most important aspects of evasion are intelligence and discipline. First, a gangster has to know how his enemies are trying to take him down (phone tap). Then he has to take measures to ensure this does not happen (by using pay phones, walk talks etc.). And he has to continue this lifestyle until he retires or he will get caught slipping, like Gambino mobster “Quack Quack” Ruggiero, and end up in a cell.

The best encryption in the world is meaningless if it is cracked. That is why it is only one part of the evasion puzzle. The security measures are endless and always evolving. The game never stops.