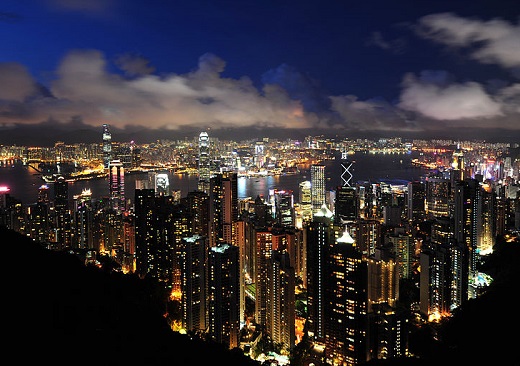 Michael Bay has run into some problems while filming Transformers 4 on location in Hong Kong. He’s been the victim of two separate extortion attempts in as many weeks. One attempt even featured a member of a Triad. The Triads, the Chinese version of the Mafia, have a notorious and bloody history in the Hong Kong movie industry.

Bay, known for bombastic Hollywood blockbusters such as Bad Boys, Armageddon, and The Rock, is familiar with film violence, but it’s a completely different situation when it’s real. Last week, while filming on King’s Road in Quarry Bay (photo right), Bay and his crew were hassled by two men. 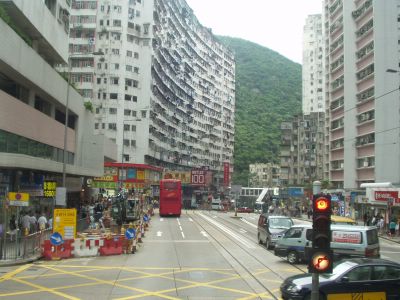 “Some drugged-up guys were being belligerent asses to my crew for hours...,” Bay wrote on his website. “One guy rolled metal carts into some of my actors trying to shake us down for thousands of dollars to not play his loud music or hit us with bricks. Every vendor where we shot got paid a fair price for our inconvenience, but he wanted four times that amount.”

The director personally told the man to forget it, that they were not going to be extorted. Bay: “He didn’t like that answer. So an hour later he came by my crew as we were shooting, carrying a long air conditioner unit. He walked right up to me and tried to smack my face. But I ducked, threw the air unit on the floor and pushed him away. That’s when the security jumped on him. But it took seven big guys to subdue him. It was like a Zombie in Brad Pitt’s movie ‘World War Z’ he lifted seven guys up and tried to bite them.”

Two men, Mak Chi-shing, 27, and Mak Chi-hang, 28, were arrested and charged with attempting to extort HK$100,000 from the film crew. “A prosecutor said they caused “harassment” to the crew but did not claim to be members of a triad society,” the South China Morning Post reported.

This week, however, another man made a brand new attempt to extort the film crew in To Kwa Wan, located across the water from Quarry Bay. This time, the man did have connections to a Triad society.

According to a government statement received by AP, “a production company crew member was setting up on the roof of a building in Kowloon on Tuesday when four men ‘intimidated her and asked for money.’ She called police, who arrested a 35-year-old man. He's being held pending further inquiries. The three others are still wanted. The case has been classified as blackmail and a police anti-triad unit is investigating.”

The four men allegedly are members of the Sun Yee On Triad gang, one of the three most powerful and prominent Triad groups. It’s also a group that has considerable clout in the Hong Kong movie industry. An industry that has proven to be very lucrative for all the Triads.

In The Dragon Syndicates, author Martin Booth writes, “By 1990, the Hong Kong film industry was the biggest in the world after those of Hollywood and Bombay. It was then that the Triads started to muscle in on the business, trying to coral top stars such as Anita Mui, Jackie Chan, Leslie Cheung, or Chow Yun-fat, as well as the sex goddess Amy Yip.”

Using typical strong-arm mafia tactics, the Triads tried to get these stars to act in movies they were producing. Threats were uttered, businesses were vandalized or burnt down, industry people were beaten, kidnapped, sometimes even tortured or murdered. It was a whole new way of doing business in a world already known for its harsh manners.

And superstars such as Jackie Chan (Rush Hour) were not exempt of these violent maneuvers. Booth: “Jackie Chan was ordered to take the leading role in a movie financed by the Wah Ching, an American-Chinese organized crime syndicate. Chan refused.”

At that time, Chan was under contract with the Golden Harvest production company, as a result of his refusal to cooperate with the Wah Ching, the company’s office in San Francisco was shot up by gunmen. Chan was also rumored to have been ordered to pay $4 million for damages and loss of face to the Wah Ching. According to Booth it is unclear whether this payment was ever made.

With the recent extortion attempt by members of the Sun Yee On it is interesting to take a look at the leadership of this Triad group, since it’s there where we can see the strong links between the criminal underworld and the film industry.

Take the brothers Heung for instance. They are an interesting bunch. Heung Wah-yim led the Sun Yee On for decades before being sentenced to over seven years in prison in 1988. He would only serve two years though and went on to control the Triad after his release. By then, Heung’s two brothers Charles and Jimmy were heavily involved in the bustling Hong Kong film industry with their production studio Win's Entertainment Ltd. Together with the aforementioned Golden Harvest these two were the most successful production companies in Hong Kong.

Jet Li, who is now a big Hollywood actor, starring in movies such as Romeo Must Die, Lethal Weapon 4, and The Expendables franchise, began working exclusively for the Heung brothers after his own manager was murdered.

In Hong Kong, reality has a lot in common with the gangster films the city’s studios produce. That Michael Bay’s giant alien robots are now facing a similar threat is an indication that the Triads’ attitude towards filming hasn’t changed one bit.