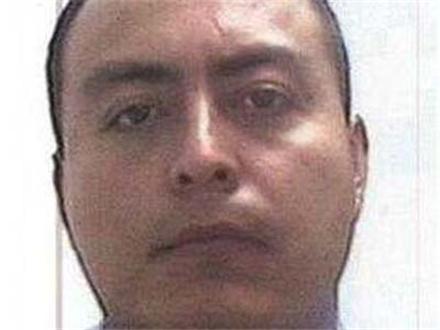 Aurelio Cano Flores started out as a cop, turned into a drug lord, and now sits in an American prison where he will spend over three decades behind bars.

Yesterday, the Drug Enforcement Administration (DEA) announced that Flores, a 40-year-old Mexican national and high ranking member of the Gulf Cartel, was sentenced to 35 years in prison for conspiring to import multi-ton quantities of cocaine and marijuana into the United States.

In addition to his prison term Cano Flores, who goes by the nicknames “Yankee” and “Yeyo,” was ordered to forfeit $15 billion in drug proceeds as part of a money judgment. At a post-trial hearing, the United States proved that from 2000 to 2010, the Gulf Cartel distributed in excess of 1.4 million kilograms of cocaine and 8,000 metric tons of marijuana. The money judgment represents the gross receipts of the Gulf Cartel’s drug sales into the United States from its principal distribution centers located along the U.S.-Mexico border.

Following a trial that lasted over two weeks, Cano Flores was convicted of one count of conspiracy to distribute five kilograms or more of cocaine and 1,000 kilograms or more of marijuana, knowing and intending the substances would be unlawfully imported into the United States. He was one of 19 defendants charged with drug trafficking offenses in a case which was part of the Organized Crime Drug Enforcement Task Force’s Operation ‘Day of Reckoning’. Cano Flores was extradited to the United States from Mexico in August 2011.

During the trial, prosecutors confronted the defendants with their own words as they were caught on wiretaps discussing their drug operation via the telephone. Cano Flores had numerous conversations with other leaders of the Gulf Cartel. Besides the wiretaps, prosecutors also brought forth several Cartel turncoats who testified against their former colleagues.

The Gulf Cartel was originally founded in Mexico in the 1930s. Its members used to smuggle whiskey and other illicit commodities into the United States. By the 1970s, under the leadership of Juan Garcia-Abrego the Cartel expanded significantly and started smuggling narcotics. Following his arrest by Mexican authorities and subsequent deportation to the United States, Oscar Malherbe-De Leon took control of the cartel until his arrest a short time later. He was replaced by Osiel Cardenas-Guillen, who was arrested in 2003, and extradited to the United States in 2007. The Gulf Cartel controls most of the cocaine and marijuana trafficking through the Matamoros, Mexico corridor to the United States.

He ultimately rose through the ranks of the Gulf Cartel to become a major transporter of narcotics within Mexico to the U.S. border and became the Cartel’s top representative in the important border town of Los Guerra, Tamaulipas, Mexico. As the “plaza boss” for Los Guerra, Cano Flores oversaw the mass distribution of cocaine and marijuana into the United States on a daily basis. Testimony established that between 2000 and 2010, the Gulf Cartel grew from an organization of only 100 members controlling three border towns to an organization of 25,000 people controlling the drug trade over approximately half of Mexico. As established during the trial, the means and methods of this conspiracy included corruption, murder, kidnapping and intimidation.

“Aurelio Cano-Flores used his position as a Mexican police officer to help one of the most violent and brutal drug trafficking organizations in the world bring vast amounts of drugs into the United States,” DEA Administrator Michele M. Leonhart said. “Like many other cartel leaders, he posed a threat to the citizens of both the United States and Mexico. We are confident and pleased that justice was served today by the pronouncement of his lengthy U.S. prison sentence.”

“For over a decade, Aurelio Cano Flores worked with some of the most dangerous criminals in the world to import massive quantities of cocaine and marijuana into the United States,” said Acting Assistant Attorney General Mythili Raman. “As a leader of the Gulf Cartel, one of the most notorious criminal enterprises in Mexico or the United States, he endangered the lives of innocent people on both sides of the border.”