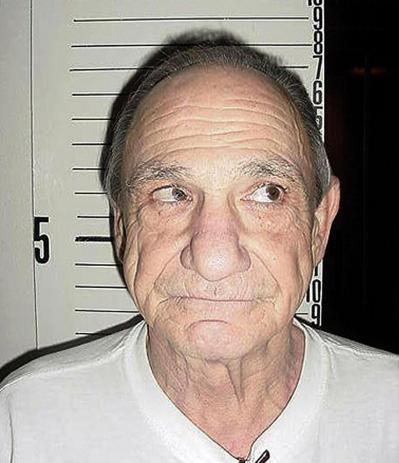 His death didn’t come as a surprise. Former mob associate-turned rat Henry Hill died in a hospital on June 12 at the age of 69. He leaves behind his fiancée Lisa Caserta and her son Nate. Nate told the Los Angeles Times that Hill died of complications of heart problems related to smoking. Not the cause of death many people would have expected for Hill when he was running around with the New York mafia.

As a mob associate with an Irish father, Hill knew he could never become an official member of the Italian mafia. His Sicilian mother earned him a little bit more trust with the mob, but the rules prohibited them from ever admitting him to their inner circle. It meant that no matter how big the scores, Hill would never become one of the big shot mobsters he saw around the neighborhood in New York he grew up in during the 1940s and 1950s.

In an interview with The Sun, Hill said he “was intoxicated by their lifestyle when I was young. Those guys were the role models of my neighborhood; they were the guys with the Cadillacs and diamond rings and a girl on each arm.” 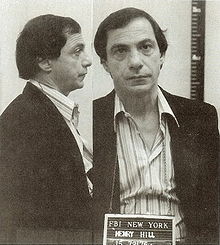 With that in his mind, he became a career criminal and associate of the Lucchese crime family. Under capo Paul Vario and his crew, Hill was involved in a wide variety of crimes ranging from robberies, gambling, extortion, loansharking to drug dealing.

That last activity was frowned upon by the mafia. The drug money always found the warm hands of one of the mob bosses who outlawed the practice but was very content with the profits. Matter of fact, the biggest problem the mob had with drug dealing were the long sentences mobsters faced when they were caught. Thus, the solution for these men was simple: don’t get caught. And that’s exactly where Hill failed.

In 1980 his drug dealing operation was busted by law enforcement and the world around him changed dramatically. Having angered his mob family by being caught dealing dope and facing a heavy prison sentence, Hill decided to spill his guts and become a government witness. His testimony led to fifty convictions, including those of Paul Vario and James “Jimmy the Gent” Burke. Does this all sound familiar? No surprise there.

A big part of Henry Hill’s life story is known to millions around the world. It was the subject of a best-selling book by Nicholas Pileggi and an Academy Award winning movie directed by Martin Scorsese, starring Robert Deniro, Joe Pesci, and with Ray Liotta playing the part of Hill.

When Hill’s character in Goodfellas says: “Air France made me”, referring to a heist that netted him and his mob partners a lot of money, he hadn’t felt the power of Hollywood yet. After Goodfellas, Hill became a celebrity and a regular on television and radio shows. His appearances on the Howard Stern Radio Show (see video below article) were infamous as he would appear completely “shit faced” (drunk) while he discussed his past life of crime and new life after testifying against his mob cronies.

At that point he had divorced his wife Karen and left the witness protection program. Living off of his Goodfellas fame, Hill started a website ( www.goodfellahenry.com ), wrote multiple books including "The Wiseguy Cookbook", "A Goodfella's Guide to New York", and "Gangsters and Goodfellas: The Mob, Witness Protection, and Life on the Run”, and told his story to various documentary makers doing a show about his life. All the while, getting lost in drugs and alcohol.

Through the years, various photos appeared online of a bum lying in the bushes somewhere in California. The gruff looking hobo was said to be Hill, who had become addicted to all sorts of drugs which brought him in trouble with the law. In 2003 he was arrested for disturbing the peace and in 2005 police charged him with possession of cocaine and methamphetamine.

Alongside the drugs, Hill kept drinking. In 2009, he told the Associated Press: “I've been on every drug humanly possible, and I can't get a handle on alcohol.”

When Henry Hill turned rat and informed on the mob, many people, including himself, thought he would end up dead from lead poisoning. Two bullets behind the ear and a canary stuffed in his mouth. If he was lucky.

As the years progressed, Hill made more and more public appearances and people started wondering why the mob didn’t make its move. The truth was that the mob had no interest in making a move that would only bring them unwanted heat from law enforcement.

Besides, Hill was doing a pretty good job at making a fool out of himself and being a poster boy for the “snitches are scumbags” movement. Hill was doing himself more harm alive than the mob could ever do to him. Either by way of torture or death.

Hill grew up idolizing the mafia. The riches and freedom. The fancy cars and pretty women. But more specifically those mobsters that were fearless. The Alpha males that ruled the neighborhood. Those gangsters that would do anything to get the job done and then, when the judge handed them a fifty year prison sentence, would smile and say “Thank you”.

It must have hit Hill at one point. Looking in the mirror after sobering up after a particular heavy week filled with blanks, drugs and alcohol, staring at the man eyeing back at him. In those few seconds with a clear head, he knew. He had not lived up to the image of any of his idols.