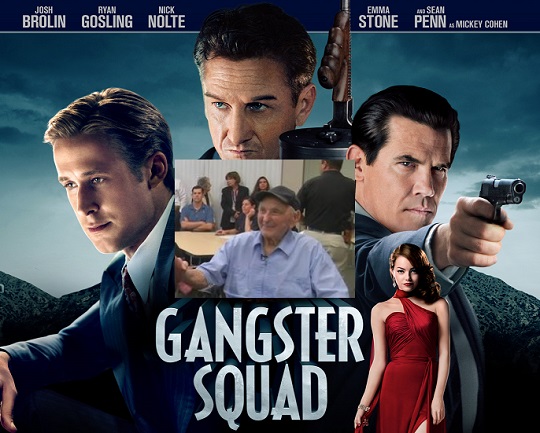 For a man who faced the notoriously murderous likes of mob bosses Bugsy Siegel and Mickey Cohen, retired Sgt. Lindo Giacopuzzi sure had a special day on Tuesday: He celebrated his 100th birthday.

In the 1940s and 1950s, the old-timer was part of the Los Angeles Police Department's gangster squad, which was tasked with combatting organized crime and the bigtime hoodlums that ran the Los Angeles underworld at the time. 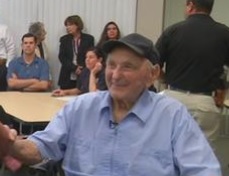 Becoming a member of the squad wasn’t that hard for Giacopuzzi. “When they formed the gangster squad, [they] told Willie Burge I could speak Italian and a lot of the gangsters were Italian and I might be able to understand what they were saying,” he (right) explained to ABC7 News.

Giacopuzzi is the last surviving member of the group, which, in 2013, was the subject of the big budget Hollywood movie Gangster Squad, starring Ryan Gosling and Josh Brolin as its leading members and Sean Penn as a very violent and erratic Mickey Cohen.

In 1964, Giacopuzzi retired from the force. He celebrated his 100th birthday at the same police station as the one where he used to work.