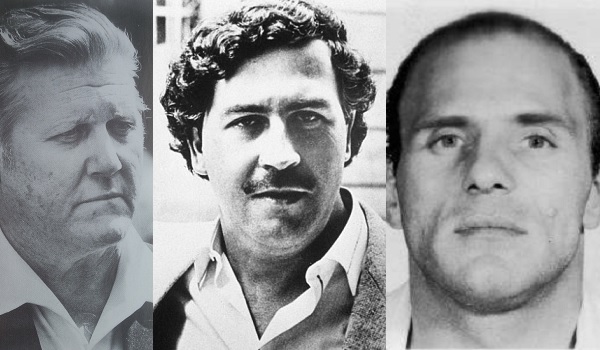 They don’t call the criminal underworld a jungle for nothing. There are many similarities between the animal kingdom and the world of gangs and the Mafia. There is a food chain, there are specific roles to play, there is a dominant species, and there is a King that rules the land.

But what about actual animals that popped up in the underworld? Not the loan sharks, but the actual ones? Which gangsters and mobsters had a lion in their crew? Who had a love for exotic animals? And who the hell would get in a boxing match with a kangaroo?

The Irishman boxing a kangaroo 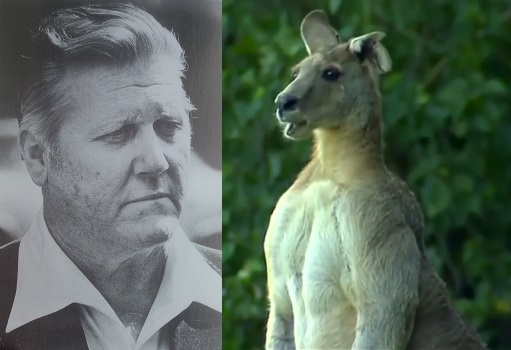 Before Frank Sheeran (above, left) became known as “The Irishman,” a ruthless hitman for the American Mafia and self-confessed murderer of Teamsters boss Jimmy Hoffa, he was just another street tough looking for a fight.

A World War II veteran who had experienced over 400 days of active combat, fresh out of the service, he spent his days drinking and looking for odd jobs to pay the bills. While out with some buddies, he saw a sign for a carnival. “It said if you could last three rounds with a kangaroo you’d win $100,” he recounted in the book I Heard You Paint Houses.

When he arrived at the carnival he saw a ring with in it a kangaroo wearing boxing gloves. “Now a kangaroo has short arms, so I’m figuring I’ll knock his ass out.” A towering figure at 6’4”, Sheeran felt overconfident and underestimated his furry opponent.

“I start jabbing away at him but what I didn’t know is that a kangaroo has a loose jaw so when you hit them it doesn’t go to their brain and knock them out,” he remembered about the fight. “I’m only jabbing at him, because who wants to hurt a kangaroo?”

But when the fight went on and his jabs were hardly doing anything, Sheeran got restless and let loose a haymaker that sent the kangaroo down. Instantaneously, he felt this hard whack at the back of his head.

It took a while before he realized it, but Sheeran was getting hit by the kangaroo’s tail. Every time the young fighter hit the animal hard, it would whip out its eight-foot tail in defense. The two went a full two rounds without Sheeran ever knowing about the tail.

Matter of fact, he began suspecting the referee of hitting him on the back of the head when he was fighting the kangaroo. When the third round began Sheeran decked the kangaroo once more and again he was hit in the head by its tail. Pissed off and seeing a bit double he went after the ref in anger and a fight erupted between Sheeran and his pals and the organizers.

Though he missed out on the $100 bucks, he went on to become a successful union leader and a significant figure in the American Mafia, a rarity for a man of Irish descent. 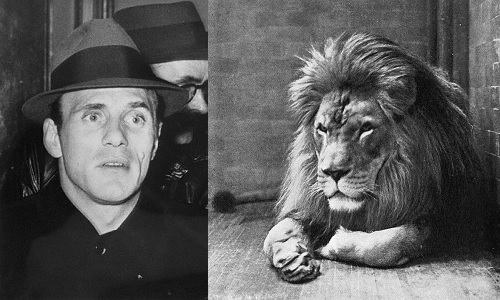 Beware of the gangster nicknamed “Crazy.” Joseph Gallo (above, left) went down in history as “Crazy Joey” for his antics and his constant rebellion against Mafia leaders. In the beginning, his fellow mobsters probably viewed him as fearless, but at some point he overstepped a hidden line. In the world of organized crime it’s a thin line, but it’s there.

Once he became known as “Crazy,” Gallo went all out. There are countless stories about his antics and exploits, but the one involving the midget and the lion top the list.

The Gallo crew had a fearsome reputation on the streets of Brooklyn. Besides several Gallo brothers, it consisted of killers, thieves, gamblers, a midget, and a lion. Though he was a midget, Mondo, short for Armando, held his own. People knew his small stature carried enough weight. Being connected to a man like Joey Gallo will do that for you.

It also helped his reputation that he could be seen walking the streets with his lion. Cleo the Lion was also a member of the Gallo crew. Her sole role was frightening debtors into paying what they owed. She had been with the Gallos since she was a young cub and grew up in the basement of the crew’s social club in Red Hook, Frank DiMatteo recalls in his book Lion in the Basement Growing up in the Gallo Crime Family.

Armando fed Cleo steaks, but certain people who were brought downstairs did not know that. When they stood in the basement face-to-face with a grown lion, realizing they owed the Gallos a lot of money, things went fast.

“The lion would rattle the chain and roar a little bit and that was enough,” DiMatteo tells Business Insider with a smile. “Nobody needed to know more. That was enough. They’d get scared and say ‘Come on!’ and they’d pay.”

Pablo Escobar and his exotic zoo 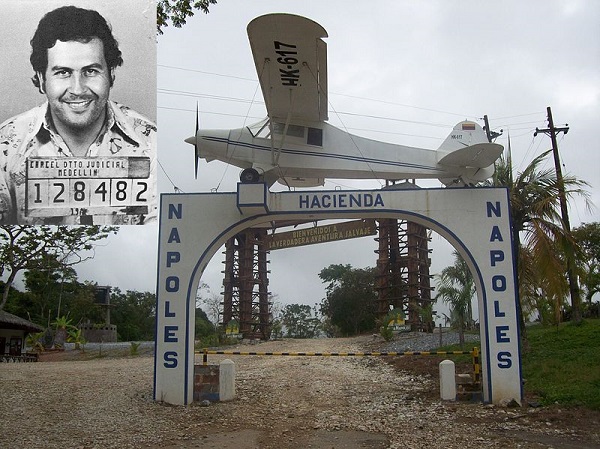 Pablo Escobar. The name says it all. With countless books, documentaries, television series, and movies telling his story, much of it is known. The world’s first biggest and richest cocaine kingpin even made the Forbes’ list of wealthiest people alive with an estimated fortune of $30 billion dollars.

That kind of money gets you whatever you want. A mansion? Take a hundred. A beauty queen? Take dozens. An exotic animal? Have an entire zoo filled with them! That’s the Escobar way of spending money.

The Colombian drug lord combined all of his hobbies and pleasures at Hacienda Nápoles, a 7-square mile estate filled with luxurious villas, a helipad, a small hospital, six swimming pools, soccer fields, race tracks, one bull fighting arena, and a full-sized zoo.

On Escobar’s orders, a legion of workers created a replica of an African jungle. He imported elephants, rhinos, hippos, camels, ostrich, deer, pelicans, buffaloes, antelopes, and exotic birds. He even employed trainers to teach the animals to behave in ways he liked. Escobar once told a reporter how it had taken almost a hundred trainers several weeks to teach certain birds to sleep in a tree. Eventually, they succeeded.

Escobar undoubtedly loved having the animals over to look at and also to show off to his many guests. But his zoo also proved very useful when it came to evading law enforcement.

When authorities tried keeping track of who came to visit Escobar at his property, they were stunned in 1980 when the drug lord decided to open up his zoo to the public for free. Every day countless visitors streamed into the park making it impossible to see who among them was a narco trafficker.

Until, of course, he was killed by a special team of government assassins after spending years on the run. Authorities seized Hacienda Nápoles and in recent years various enterprising businessmen have committed themselves to turning it into a jail, a museum, and a theme park. All the while the zoo remains intact. The hippos, however, at one point managed to escape from Escobar’s grounds and have since gone feral, living in the lakes and rivers nearby.