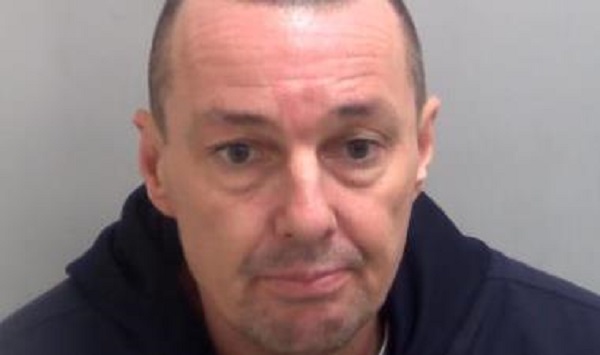 Police in Great Britain are asking for information leading to the arrest of a drug boss who went on the lam before being sentenced to 11 years in prison for orchestrating the attempted importation of liquid amphetamine with a street value of around £8 million pounds in April 2016.

51-year-old Richard Wakeling headed an organized crime group which trafficked drugs from the Netherlands and Belgium to the United Kingdom. Three other men involved in the operation did stand trial, including 59-year-old Lesley Muffett, who drove a truck carrying the drugs, and gang members Stuart Davidson (65) and Darren Keane (34).

All four were found guilty on Friday April 6 of conspiring to import drugs following a 12-week trial. Keane was sentenced to 9 years, Davidson received 8 years and Muffett got 6 years in prison.

National Crime Agency officers began their investigation after plastic drums carrying liquefied drugs were discovered by Border Force on Muffett’s truck as he attempted to board a train through the Channel Tunnel on 9 April 2016.

He was transporting furniture from Italy, but stopped at Ternat in Belgium where phone evidence showed he was directed by fellow trucker Davidson to collect the drugs. The entire importation was set up by Wakeling, who liaised with Keane and Davidson to arrange the journey.

Evidence showed both Muffett and Davidson had taken similar journeys previously, and officers believe the group had organized previous importations before the April 2016 seizure. “These men were involved in a serious conspiracy to import a large quantity of dangerous drugs,” NCA senior investigating officer Paul Green said. “We know they had links into other organized crime gangs in Europe and it is almost certain that this wasn’t the first time they had done it.”

Shortly before trial started Wakeling disappeared. NCA investigators have established that he took a bus from Heathrow to Glasgow on 5 January, and then a ferry from Stranraer to Belfast the following day. A warrant was issued for his arrest on the first day of the group’s trial.

Wakeling has a prosthetic leg and needs regular medical treatment. “We strongly suspect that Wakeling fled abroad, possibly to Thailand where he has strong family links,” Green stated. “But it is likely there are people here in the United Kingdom who hold clues about his movements after he arrived in Belfast on 6 January, and I’d appeal for anyone with information to come forward.”

Green is certain justice will be served. “The NCA has an international reach and he should know distance isn’t a barrier to us finding him. We are determined he will be returned to the UK to serve his sentence. Until we find him, he’ll spend every day looking over his shoulder.”