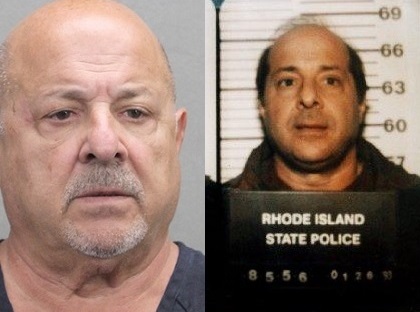 Former New England Mafia family capo Robert DeLuca was sentenced to 66 months in prison in Boston federal court on Tuesday for obstructing a federal investigation into the murder of a Boston nightclub owner in the 1990s.

72-year-old DeLuca pleaded guilty to one count of obstruction of justice and two counts of making false statements in November of 2016. He was charged with lying to federal prosecutors and agents regarding the investigation into the 1993 disappearance of Stephen DiSarro, who operated The Channel, a South Boston nightclub. DiSarro remained missing until March 2016, when authorities discovered his remains behind a mill in Providence, R.I.

In 2011, DeLuca had agreed to cooperate with federal authorities after his arrest on racketeering charges. But he lied about his knowledge of DiSarro’s disappearance and other mob connected murders. As a result, DiSarro’s remains were not recovered until federal authorities received information from another source in March of 2016 regarding DiSarro’s burial site.

In June 2018, 84-year-old former New England mob boss Francis P. Salemme and 63-year-old Paul M. Weadick were convicted of murdering DiSarro, who, at the time of his death, was a witness to crimes committed by Salemme and Weadick.

DiSarro had been approached by a federal agent and asked to cooperate with federal authorities. At the time, there were several ongoing federal investigations into Salemme and into his connection to The Channel. The crime boss had expressed his concerns to others that DiSarro might cooperate against him.

Salemme and Weadick are scheduled to be sentenced on September 13, 2018.