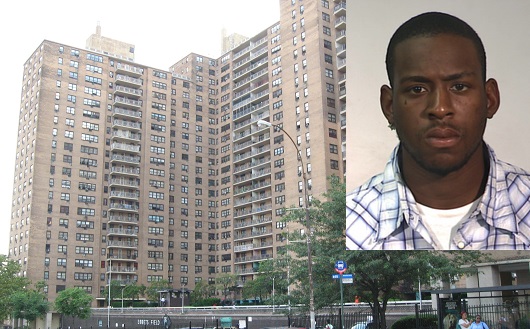 Devon “D-Bloc” Rodney, a former leader of the violent Brooklyn street gang “Six Tre Outlaw Gangsta Disciples Folk Nation,” was sentenced to 20 years in prison at the federal courthouse in Brooklyn, New York, yesterday. It’s the FBI’s latest success in its campaign against America’s violent street gangs. A campaign with no end in sight.

Standing six feet tall, weighing 200 pounds, with a tear drop tattoo under his right eye, Devon Rodney was an intimidating sight on the streets of Flatbush, Brooklyn. Especially for the residents of the Ebbets Field Houses where his Folk Nation gang exerted its influence.

As leader of the Six Tre set of the Folk Nation, a nationwide gang originating from Chicago that is now active in several U.S. cities and prisons, Rodney was eager to make his presence felt and establish dominance over the area’s criminal activity. Like most young gang leaders, though, he wasn’t exactly running a professional operation. It was violent and in your face.

“In order to fund its illegal activities,” the FBI’s press release states, “the defendant and other members of the gang committed violent robberies of individuals and commercial establishments, including the Lee Perla jewelry store at the Riverside Square Mall in Hackensack, New Jersey, where they made off with hundreds of thousands of dollars’ worth of luxury watches.”

They also targeted individual robbery victims, whom they lured to secluded areas in Brooklyn, via Internet advertisements on Craigslist, and then robbed at gunpoint.

Empowered by the successful robberies, Rodney began ordering his underlings to attack rivals and enemies. The gang was eventually charged with four murders, three attempted murders, and two assaults. But as with most street gang violence, it often ended up hurting innocents more than the intended targets.

“In the attempted murder to which [Rodney] pled guilty, he ordered the killing of a rival Crips member upon learning that the rival had been spotted near the Ebbets Field projects,” the FBI states. “In the chaos that ensued when gang members rushed to implement the orders of their leader, an innocent 10-year-old girl attending a block party was shot in the neck.”

The girl was one of two innocents killed by the gang.

Most of the murders and other acts of violence took place on public streets, in front of personal residences, and even on a playground. The Folk Nation was a genuine threat to public safety.

When the FBI busts another old Italian-American mobster for running an illegal gambling operation there is an immediate response of disbelief among many members of the public. How can they put a priority on La Cosa Nostra when violent street gangs pose a much more serious threat to citizens?

The FBI has always been tough on all criminals and gangs. The media just doesn’t find them to be interesting enough to report on. As former FBI agent Jack Garcia told us in an interview a few months ago when discussing why drug busts rarely made the papers: “For some reason it’s not glamorized. We took down five thousand kilos in New York and that never even made the newspapers. But if you lock up a mobster with one kilo you got newspaper fodder for weeks and weeks.” 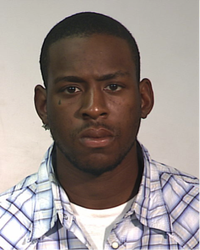 Upon presenting the indictment against the Folk Nation set, Assistant Director in Charge Janice K. Fedarcyk said, “The reason the FBI places such a high priority on gang investigations is the extreme violence gangs so often commit. Here, as charged in the indictment, the defendants’ ruthlessness was matched by their recklessness. They allegedly showed no apparent concern for bystanders, and bystanders were seriously hurt as a consequence.”

In November of 2013, Rodney pled guilty to charges of racketeering, including attempted murder and robbery conspiracy, and brandishing a firearm. He was one of nine gang members indicted after a joint investigation by the FBI and NYPD that went on for two years.

Though residents of Flatbush, Brooklyn, can breathe a little easier with 26-year old Rodney (right) behind bars for the next twenty years, it is unlikely there will not be a new gang leader ready to fill the void.

It’s a never ending cycle. As Jay Z raps in his song Fallin’ about a gangster who is sitting in a cell looking at the new generation, “Bunch of used to's, has been's bragging bad 'bout all the new dudes. Talking tough on the YouTube bout what you used to do. But that's old school to the new crew. […] They're the new you. And it's damn near inevitable they'll experience deja vu too. Fight, and you'll never survive. Run, and you'll never escape. So just fall from grace.”