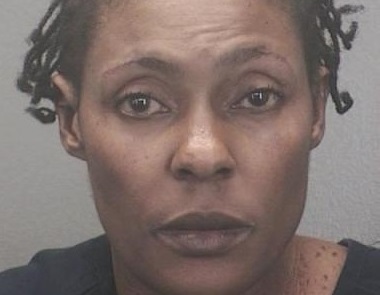 The criminal underworld is, and always has been, a man’s world. But women frequently manage to carve out their own place and territory in ganglands the world over. Among them Jean Brown, a 43-year-old woman from Jamaica, who ran a multi-million dollar drug business operating in Jamaica and multiple U.S. cities.

Call it a mom and pop business. The trucking companies operated by Jean Brown and her boyfriend Carl Smith were doing tremendously well. With branches on the East and West Coast of the United States their company had a nationwide reach. Their trucks could pick up, move, and deliver goods anywhere in the country. It was a good, solid business. One that could benefit the couple’s young child one day. Unfortunately, the company was nothing more than a front for a much more lucrative business: drug trafficking.

Jamaican born Jean Brown and Carl Smith used their strategically located trucking companies to move marijuana from their suppliers in Arizona and California to their distributors in Maryland, Pennsylvania and New York. Starting in 2000, trucks drove from east to west once or twice a month with each truck transporting 1,000 pounds of marijuana per load. The “sticky icky” netted the couple around $1 million dollars every month, tax free. The money was then smuggled by couriers to Jamaica, where it was invested into real estate by Brown and her relatives.

The organization of Brown and Smith consisted of transporters (of weed and money) and enforcers to keep everyone in line. Their marijuana connection was based in Mexico. Julio Carlos Meza-Mendez, Leo Alvarez Tostado Gastellium, and Gabrial Campa-Mayen supplied them with the green stuff and had the clout to get it across the U.S. border. 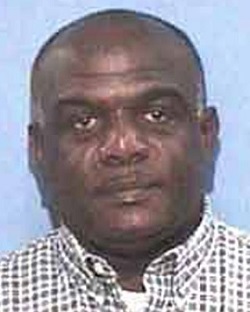 With millions of dollars and thousands of pounds of drugs being handled by the organization every month trust and loyalty were paramount. Each member had to follow the rules or the smooth operation would come to a screeching halt. Lacking police and prosecutors, in the underworld the task of law and order falls on the people at the top of the pyramid. If Brown and Smith chose to be lenient they would lose money, maybe even their lives.

So when money courier Michael Knight (50, photo left) was entrusted with $1 million dollars in cash for safekeeping it was his job to make sure each and every dollar was there when Brown and Smith came knocking. But in December of 2009, he had a serious problem. He was missing a few dollars. 250,000 of them to be exact.

It is at these times when people know for 100 percent whether they have stepped over to the dark side or whether they stayed on a train too long and now desperately want to get off at the first station in sight because they are in over their heads.

Confronted with the missing $250,000, Brown showed which side she was on as she went full Tony “Scarface” Montana on her courier. Any sign of a soft feminine touch quickly evaporated 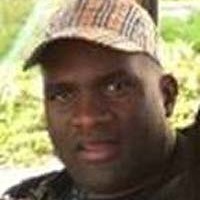 when she joined Smith and a crew of Jamaican enforcers consisting of Peter Blake (55), Hubert “Doc” Downer (52) and Dean “Journey” Myrie (39, photo right) as they snatched Knight off the street and took him to an apartment in White Marsh, Maryland.

Inside the apartment, Knight, no doubt extremely fearful for his life, tied up with a telephone cord, unable to move or defend himself, underwent a vicious interrogation by Brown, Smith, and their three enforcers. Brown demanded Knight to tell her where the $250,000 was. When she didn’t get the answer she wanted, she started hitting Knight. She got angrier with every useless answer and kept on beating Knight in the head. Harder and harder. After one particular blow one of his eyes was dislodged from its socket.

Surrounded by violent men Brown had no qualms about playing along. Maybe even beating them at their own brutal game. 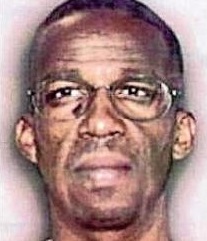 Having beaten her former courier to a bloody pulp, Brown knew she would not get her missing money back. She told Blake, Downer (left), and Myrie to finish Knight off and get rid of his body. Blake and Downer dragged Knight to the bathroom where they laid him in the bathtub. As Blake held him face down, he and Downer stabbed him to death. The following days, Blake, Downer, and Myrie dismembered the body with power saws and threw away the body parts in various dumpsters across the Baltimore region.

His body would never be found. The only thing that was left of this horrible crime was Knight’s blood in the bathroom where he was killed. The traces of blood were uncovered much later as authorities were closing in on Brown’s organization.

In 2010, a few months after the murder of Michael Knight, Baltimore County police began to suspect that Brown was linked to his disappearance, and investigators traveled to her luxurious residence in Miramar, Florida, to speak with her. The visit startled Brown and soon after her talk with the detectives she and her boyfriend Smith went to Mexico to plan their next move without fear of the law.

All was not well in paradise, however, and the couple soon had a falling out when Smith told Brown he wanted to leave the organization. In April of 2010, Brown contacted her Mexican marijuana suppliers and offered to pay them for the murder of her ex-boyfriend and father of her child, Carl Smith. They accepted the job. Leo Alvarez Tostado-Gastellium caught up with Smith in Tijuana and shot him in the head. After the execution had taken place, Brown called the hit man to make sure everything had gone as planned. It did. Brown had just taken away her child’s father forever. In true Griselda Blanco style.

But, she would probably tell herself, these were necessary murders. They’re a part of doing business. Her courier needed to be made an example of after he stole from her. And her boyfriend was likely to rat her out after breaking with the group. These murders needed to happen in order for Brown to continue her life of crime.

The opposite turned out to be true.

A few months after her hubby’s murder, cops were knocking at Brown’s door. Federal prosecutors had charged her with giving Michael Knight and two other couriers more than half a million dollars to smuggle to Jamaica.

Faced with all the evidence, Brown decided to plead guilty. She admitted that shortly before December 25, 2008, she gave three individuals a total of $562,190 in cash to conceal in their luggage before boarding a flight to Montego Bay, Jamaica. Brown provided the plane tickets, and instructed the couriers not to declare the cash in customs and to deliver the money to her family who would meet them in the airport in Jamaica. However, when they arrived in Jamaica, Customs there picked out the couriers and found the cash, bringing the whole house down. After pleading guilty, Brown received 37 months in federal prison.

Knowing that law enforcement had her checkmate, she agreed to cooperate with Baltimore County homicide detectives who were investigating the murder of Knight. But apparently she still felt she had a chance to win this game as she told police anything but the truth.

“I did not kill nobody,” she said, according to a tape of a police interview. “God knows the truth.” Detectives disagreed. “In the first interview,” Ian Duncan of The Baltimore Sun reports, “Brown appeared breezily confident, eating a fast-food dinner and chatting with the officers — all the while shackled by her ankle to a wall. After one interview, the detectives drove Brown past the White Marsh apartment where they believe Knight was killed. It was an attempt to rattle her, Detective Carroll Bollinger testified in court. ‘As we got closer and closer to the address I watched her. … She got visibly nervous,’ Bollinger said. ‘We got our point across.’” 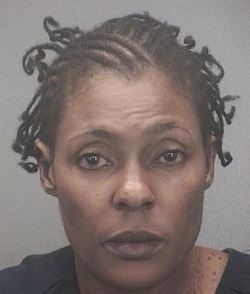 After a trial filled with witnesses testifying against her, Brown (right) was found guilty of kidnapping and murder in aid of a racketeering conspiracy. In March 2013, a U.S. District Judge sentenced her to life in prison. The murders she had ordered to stay out of prison eventually proved to be the ones that landed her there for the rest of her life.

It’s the only unusual thing about Brown. Her gender. Apart from that she behaved in exactly the same manner as scores of vicious men before her. Building up a lucrative drug smuggling operation, getting robbed by an underling, torturing and murdering said underling, and killing people who might become an informant: all familiar activities and actions when you’re in the underworld.

You could say it’s all in the game.