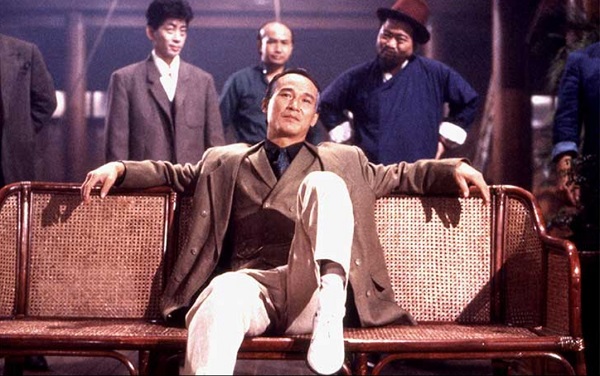 By "Asian Gangsters" for Gangsters Inc.

Most people know the Chinese Triads as super secret societies that are shrouded in mystery. Despite the tradition of secrecy, some Triad members are celebrities. One of these men is legendary Hong Kong actor Michael Chan. He was not only an amazing actor but a respected gangster as well. Some of Chan’s leading roles are forever classics in the history of Hong Kong film. He had a long career on the streets and on the big screen, and he is one of the men we think of when we think about the dark side of Hong Kong cinema.

Michael Chan was born Chan Wai-man (陳惠敏) in Guangdong, China in 1943. His family relocated to Hong Kong when Michael was a young boy. He grew up in a Hakka village in Tsuen Wan, which is located in the New Territories region of Hong Kong. The family was lower class, and he was forced to become a man at an early age. By the time Michael was 12 he was working in a spinning mill to support the family. Around the same time, he was hustling on the  streets and joined a local youth gang. Joining a street gang as a young kid was a normal part of life in Hong Kong in this era. Chan was also training in martial arts, which would eventually shape his criminal and film career.

From law enforcement to the 14K Triad 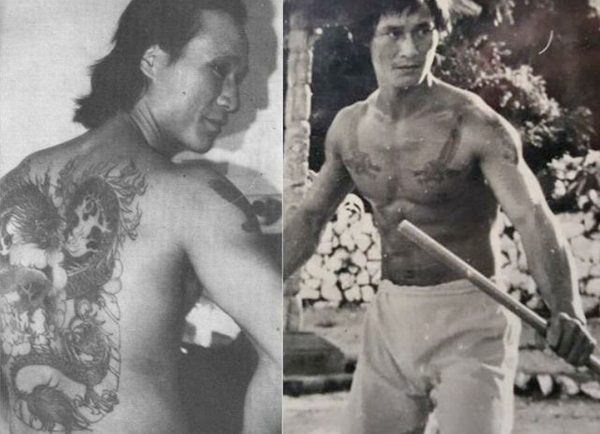 Photo: Chan during his acting days, showing his Triad tattoos.

When Chan was 17 he became a correction officer in a Hong Kong prison, so he could see the other side of the law. By 19 years old he was promoted to a street officer with the anti-drug unit in Hong Kong. In the prison and on the streets, Chan made many underworld connections, and he became closely associated with the Triads. His relationship with the Triads eventually got him kicked out of the police force. This is when he decided to become an official member of one of the largest Triad groups, the 14K.

When Chan first joined the Triad, he became heavily involved in the drug trade and night club scene in Tsim Sha Tsui. Chan described the 60s and 70s in Hong Kong as a wild time for partying with a booming night scene. Chan and his crew took full advantage of the newfound decadence. Chan claims he ran the entire Tsim Sha Tsui area and had almost all the businesses in the area paying him extortion money. He eventually became a “red stick” in the 14K, which is a high ranking title given to trained fighters who run the enforcing part of the gang. It was said that Chan once had at least 500 loyal men at his command.

Behind every strong man is a strong woman 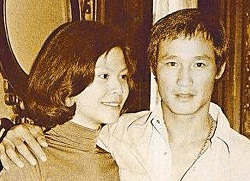 At age 25, Chan met a teenage girl named Wu Guoying (right, next to Chan). Wu helped out his criminal career by collecting extortion money. She also took the blame for Chan in a gun case and ended up serving 2 years in prison for her man. Chan also was involved in an affair with a Japanese actress that he met on set. Despite his disloyalty, Wu remained by his side, and the two would remain lifelong partners.

Chan eventually put his fighting ability to legitimate use and he got into professional martial arts in the late 60s. Chan won many fighting competitions in the 70s and 80s, including two kickboxing championships and a few boxing matches. In 1983, at 39 years old, he participated in the "World Elite Fighting Competition" and took only 35 seconds to knock down Japanese boxer Tsuyoshi Mirosaki, which was aired on live tv. 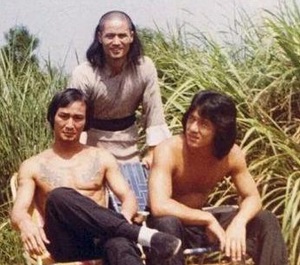 In the early 70s, Chan (photo right, Chan on far left with famous actor Jackie Chan on far right) pursued a career in film and has had a long successful acting career. Being inspired by another gangster actor Jimmy Wang Yu, Chan felt he could do the same. Chan’s acting resume is filled with movies of multiple genres, but action pictures were definitely his specialty. Most of Chan’s acting roles he portrayed a gangster, street fighter or professional martial artist. He has a long discography and some of his famous films are Broken Oath, Gangland Odyssey & Bloody Brotherhood.

Chan worked with the Shaw Brothers and Golden Harvest production companies, which were known for their triad connections. Although these companies were known for trapping artists in contracts, Michael Chan’s respect in the underworld allowed him freedom in the industry. He formed close relationships with famous men such as Bruce Lee, Chow Yun Fat and Jackie Chan. Bruce Lee’s relationship to Michael Chan and other gangsters led many people to question the official story of Bruce Lee’s death. In a recent interview, Chan claimed that Bruce Lee was a perfect fighter and no gangster would dare touch him. 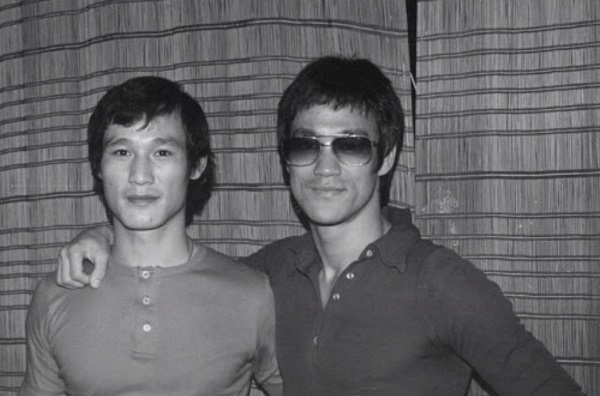 Chan recently has claimed that he is retired from crime but he was arrested in 2013 for attending a Wo Shing Wo (和勝和) Triad meeting. He was arrested again in 2018 for attending a Triad meeting in Cambodia. That same year Chan attended a ceremony marking the establishment of the World Hongmen History and Culture Association headquarters, alongside former 14K boss Wan Kuok-koi aka "Broken Tooth". Despite his involvement, in a recent interview Chan said that the triads have mostly lost their honor and patriotism, which is something many gangsters of all nationalities say about the modern world. This may be a contributing factor to his supposed retirement.

In his late 70s, Chan is still involved in the film industry. He had a role in a successful 2017 gangster film titled Chasing The Dragon. Chan also does work behind the scenes and still has a close relationship with Jackie Chan. He was in the news most recently for admitting he has lung cancer in September 2020. Chan also announced he’s getting officially married to his longtime partner, Wu Guoying. 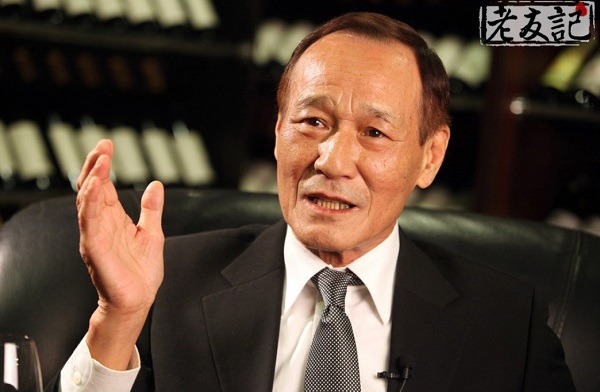 Michael Chan’s life was something out of a movie. He accomplished something that many gangsters wish they could do, and that is being a celebrity to the public while still being respected on the streets. Michael Chan will forever be a legend in Hong Kong and his legacy in the underworld and cinema will last forever.