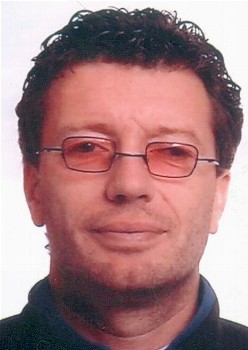 Johannes “Johnny” Mieremet was born in 1960. He grew up in the West of Amsterdam. Mieremet started his life of crime as a teenager, stealing motorcycles and doing small robberies. Small robberies turned into big robberies when Mieremet was a member of a gang called “The Thinkers,” a gang that committed several big robberies. As the nickname shows, the gang planned every score in detail. In the mid 1980s law enforcement started a large investigation into the gang of robbers. According to them the gang consisted of a leadership group of five to ten men (which included Mieremet) and a core group of twentyfive men who gave orders to a varying group of about a hundred men who would commit the robberies. These hundred men consisted of friends and associates. Authorities say the gang committed at least 41 armed robberies in The Netherlands and Belgium from 1982 to 1986. The robberies netted the gang an estimated 12,3 million guilders ($6 million.) By the mid to late 1980s the gang had fallen apart. Several of “The Thinkers” went into the drugtrade.

Mieremet and childhood pal Sam Klepper (also a leader of “The Thinkers”) joined the organization of crime boss Klaas Bruinsma. The two men led the gambling machines division and export of drugs for Bruinsma. They had a reputation as stone cold killers, which earned them the nickname “Spic and Span.” During 1990 Mieremet and Klepper were having problems with Yugoslavian boss Ljubinko Becirovic. Klepper and Mieremet were supposed to deliver a shipment of cocaine, the cocaine was never delivered. In the spring of 1990 Becirovic car was shot at when he drove past a cafe which was owned by the duo. Two days after the shooting Becirovic and his second in command Jotsa Jocic had a meeting with Bruinsma and Etienne Urka. Becirovic gave Bruinsma a fine of 1 million guilders, if Bruinsma paid, all would be forgotten. Becirovic said Bruinsma was responsible for his men, Bruinsma denied this and said: “You guys fight it out with each other.” In October 1990 Becirovic was shot and died shortly there after in the hospital. The belief is the murder was committed by Mieremet and Klepper.

The violent Yugo mob was angry. That didn’t deter our dynamic duo from stealing a large load of hashish worth between 10 and 20 million guilders from Magdi Barsoum, the load was meant for the Yugos. A month and a half after the murder of Klaas Bruinsma Yugoslavian gangsters went looking for Mieremet and Klepper and took one associate hostage. The heat was becoming too much and so Mieremet and Klepper decided to do the smart thing: go to prison.

Both men filled their rental car with automatic weapons, handgrenades, ammo, tear gas and a tranquilizer gun. None of the weapons were ever used. They parked their car and called the police. They identified themselves as the owners and were arrested. After a short 11 months they were released from prison, and things had indeed cooled down. Jocic had fled The Netherlands.

By the late 90s Klepper had become a prospect with the Hells Angels, and the men gained a friend in Willem Holleeder. Their war with the Yugos flared up again. The Yugos demanded that Mieremet and Klepper pay them their money with interest. They refused, and bodies started dropping. Associate Jan Femer was murdered on September 23, 2000 and a few weeks later Klepper was shot to death in front of his penthouse in Amsterdam-Buitenveldert. Mieremet allegedly avenged his partner in crime by killing Magdi Barsoum and later also his brother Mounier. However no person has been arrested in connection to these killings.

Through Willem Holleeder, Mieremet and Klepper got involved with property tycoon Willem Endstra. Endstra laundered their drug money and invested it in real estaste. Mieremet had invested millions of euros through Endstra. After all the killings Miermet decided to pay the Yugos their money. Spring 2001 Mieremet asked Holleeder to contact Jocic to start negotiations. Jocic wanted 10 million Deutsche Mark. Mieremet gave Holleeder 11,5 million guilders to hand over to Jocic. Mieremet later heard Holleeder had pocketed a couple of million. This caused a conflict between the two men. Mieremet was low on cash and demanded his invested 23 million euro from Endstra. The money had been invested in real estate and couldn’t just be paid out.

In February 2002 Mieremet was shot in front of his lawyer’s office. Mieremet was heavily wounded but survived and when the Dutch tax service wants him to pay 20 million guilders, he decides to talk to crime reporter John van de Heuvel. In the interview he says Endstra is the bank of the underworld and Holleeder his guardian. Mieremet even says he wants to talk to police and testify, even if he has to serve 10 to 15 years in prison. The government decided not to use him as a witness when Mieremet demanded his wife be left alone by the tax service and wouldn’t be prosecuted.

Mieremet lived in exile in Belgium and Thailand, where he had invested in real estate. He felt safe there. He wasn’t. On November 1, 2005 Mieremet was in his office when a man stepped in and asked him if he was John. When Mieremet confirmed, the man told him: “I have been ordered to kill you because of your behaviour.” Mieremet was shot in the head twice, he died on his way to the hospital.