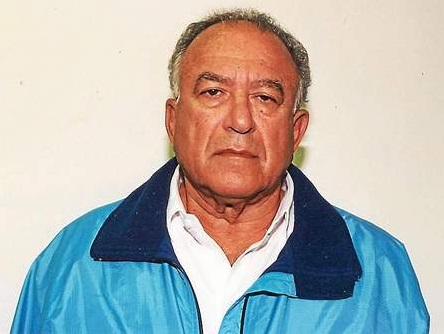 One of the American Mafia’s last old school Godfathers has passed away. Detroit mob boss Giacomo “Black Jack” Tocco died this Monday, July 14, 2014, at age 87 while surrounded by his family. Despite an alleged criminal career dating back to the 1940s, Tocco’s only conviction came in 1998 when he was found guilty of racketeering and was sentenced to two years in prison. The FBI also believes he is one of the men behind the disappearance of Jimmy Hoffa.

Though the term is thrown around a lot in the media, in this case we can truly write that Tocco was one of the last of America’s “Golden Era” mob dons, says Mafia historian and author Scott Burnstein. “His time in the rackets dates back to the 1940s and the Tocco name goes as far back as the syndicate itself, with his dad, “Black Bill” Tocco, being considered the founding father of the city's mob and its first true mafia don,” Burnstein tells Gangsters Inc. 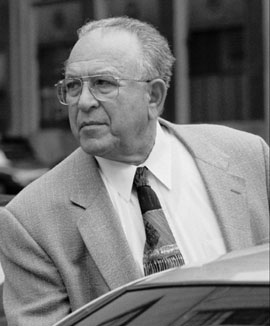 A graduate from the University of Detroit-Mercy in 1949, Tocco quickly immersed himself in the “family” business. Upon graduation his father gave him Hazel Park Raceway on 10 Mile and Dequindre roads to run with his first cousin Anthony “Tony Z” Zerilli, who is himself another “mob son.” The two would have a falling-out after both men were convicted of racketeering in 1998 and Zerilli would turn state’s evidence in December of 2012.

Based on Zerilli’s information the FBI was confident it would find Jimmy Hoffa’s body at a piece of farmland Tocco once owned. However, after some serious digging in June 2013 they found nothing.

“In terms of the United States mob landscape,” Burnstein says, “Jack was incredibly connected and as respected as they come. If you're talking about legacy, they don't get any bigger in relation to the modern day underworld. The Detroit mafia will most likely never experience the heights of power it had under the Tocco regime. He ruled unchallenged for 35 years, over 40 if you count his “acting boss” role in the early 1970s, and he died peacefully at home, surrounded by family, a millionaire several times over, which is all you could ever ask for if you are a Godfather.”

Friends, relatives, and those wanting to pay their respect are welcome today (Thursday) at the Sterling Heights chapel of Bagnasco & Calcaterra Funeral Home 13650 E. Fifteen Mile Road between two to nine p.m. A funeral will be held tomorrow (Friday) at St. Clare of Montefalco Catholic Church 1401 Whittier Road, Grosse Pointe Park at 10 p.m.

You can follow Scott Burnstein on Twitter and buy his books The Detroit True Crime Chronicles: Tales of Murder and Mayhem in the Motor City and Motor City Mafia: A Century of Organized Crime in Detroit.