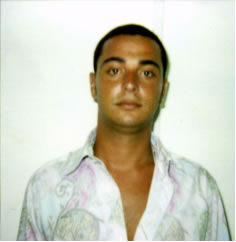 Giovanni “Gianni” Nicchi is considered an example of the latest generation of Sicilian Mafiosi. Capable of violence, loyal, and very young. According to Italian authorities, Nicchi had become a leading Cosa Nostra member when he was only in his mid twenties.

It is a recurring theme: the son follows in his father’s footsteps. It happens in families from all walks of life. The world of the Sicilian Mafia is no different. Gianni Nicchi’s story is no different. His father is a member of Cosa Nostra and is serving a life-long prison sentence for his crimes. There are numerous stories of children as young as five being around drugs and guns, while their fathers teach them they did not see anything. The code of silence, known as Omerta, is the first rule these children learn, as it is considered to be the Mafia’s most sacred rule.

In the last few decades, however, that sacred rule has been broken by hundreds of Mafiosi. From the lowest associate to the most violent boss, each rank has delivered several pentiti; witnesses. With bosses testifying about Cosa Nostra crimes, murders, and its members, Italian police made quick progress in arresting Mafiosi and sending them to prison for long terms. These arrests left a vacuum. With the older and wiser mobsters locked up, the younger generation had to step up sooner than expected to replace them and take charge.

The same thing happened to Nicchi. His Mafia-mentor was Antonio Rotolo, the boss of the Pagliarelli area in Palermo. Nicchi was Rotolo’s godson, but Rotolo made it clear that he saw the youngster as his real son. Nicchi’s power was solidified when his Godfather told other Mafiosi that: "From this day on, you have to know that when you talk to him it is as if you talk to me. It is the same." These words made it clear that Nicchi had become a leading figure within the Pagliarelli Family. 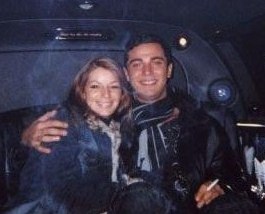 Between 2003 and 2006 Nicchi made several trips to New York to meet with mobsters of the Gambino Crime Family. His contact there was Gambino captain Francesco Cali. According to American authorities, the men made arrangements for drug shipments between the US and Europe. Cali has well-known links to narcotics traffickers that were involved in the “Pizza Connection” heroin pipeline.

All the while, American and Italian police were watching. In Sicily one big boss after the other was arrested. The biggest catch was boss of bosses Bernardo Provenzano. He had been on the run for over forty years and had run Sicilian Cosa Nostra since the arrest of Toto Riina and his closest associates in the early 1990s. Several months later, Antonio Rotolo was arrested as well. Authorities had an arrest warrant for Nicchi as well, but he escaped arrest.

More arrests followed. As well as indictments. In February 2008, 80 members and associates of the New York Gambino Family were indicted in Operation Old Bridge. The operation was meant to shut down the renewed ties between Sicily and New York. Many Sicilian Mafiosi, including Nicchi, were indicted as well. A month earlier, a Palermo court had already sentenced Nicchi to 18 years in prison when it found him guilty of extortion and other Mafia crimes.

Of course, Gianni Nicchi was not around to serve his sentence. He was still a fugitive and giving orders to the Cosa Nostra members that remained on the streets of Palermo. Italian politician Roberto Maroni called him a "young, dangerous, ambitious, pitiless killer". Police considered Nicchi the number two man within Cosa Nostra, behind the mysterious Matteo Messina Denaro. His name was put on the list of Italy’s 30 Most Wanted Criminals.

After decades of police corruption and ineptitude, Sicilian police had shown a very different side during the 2000s. Many Mafiosi had been arrested and their operations had been busted. They were on top of their game. On December 5, 2009 police found their main target. 28-year-old Gianni Nicchi was hiding in an apartment in Palermo. When he noticed the cops, he tried to flee but was quickly apprehended.

"If we carry on like this, there will be no names left on the list of 30 most-wanted criminals," Anti-Mafia prosecutor Piero Grasso said following the arrest of Nicchi. Authorities have managed to arrest 17 of Italy's top 30 most-wanted suspected criminals in a few months time. Could it be they are finally winning the battle against Cosa Nostra? 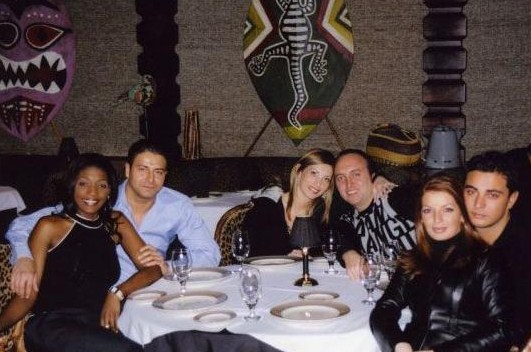