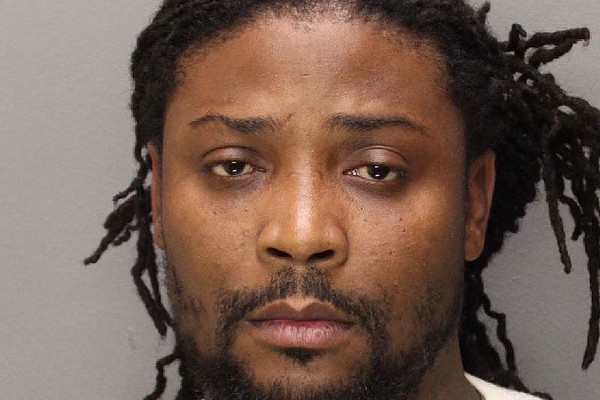 Newark gang boss Corey Hamlet went by many nicknames. “Blizzie”, “C-Blaze” or simply “Blaze”. But it’s the name “Castor Troy” that sticks out when reading his indictment. The character portrayed by Nicholas Cage in the 1997 movie Face/Off was a criminal mastermind who reigned by engulfing the world around him in violence and death. As such, the nickname fitted Hamlet perfectly.

Born on the gritty streets of Newark, New Jersey, Hamlet grew up in the Hayes Home projects until the age of 11 when he moved to Hyatt Court to live with his grandmother until she passed away, before moving to Prince Street with his mother.

As a teenager, Hamlet shined on the football field. At 6’1” and over 200 pounds he was an athletic powerhouse. His athletic achievements earned him a scholarship at Lackawanna College, but he was kicked out after a year.

He then spent his days smoking weed and joking around with his friends on the streets of Newark. Pretty soon he fell in with the Crips gang. “I ain’t really had no sense of direction,” he testified in court about those days. “I ain’t really know like what my next phase or next step in life was, and I just gravitated towards it. Before I looked up, I was kind of like caught up in it.” Becoming a CEO of the underworld

Not just that, he excelled at it. His physical appearance combined with his charisma and brains made him a perfect leader. If he messed up, he quickly learned to adapt and get better. When he was sent to state prison on a drug charge, he became more cautious than before.

“He was very, very careful,” assistant U.S. attorney Osmar J. Benvenuto told NJ.com. “He was a ghost.” The paper added: “There was nothing on his phone to link him to the Grape Street Crips heroin trade. No texts sending out marching orders to gang members. No burner phones, nothing on paper, no code words.”

Still, it was pretty clear what he was all about. Tattoos covered his body from his fingers up to his neck, most of them references to the gang life he lived every day. “100% Grape Street” was inked on his back. “Feared By Many, Hated By Most, Loved By Few, and Respected By All,” on his chest.

Entering his late 30s, Hamlet was still there. Every day. Walking up and down the block. Flaunting his wealth without a fear in the world. He owned Newark. And people knew it. The youngsters respected him as the O.G., the original gangster, they feared him like anyone fears an old man who’s active in a world where most men die young.

As leader of the Grape Street Crips, one of Newark’s largest and most violent gangs, Hamlet commanded an army of eager men and boys willing to execute any order he gave. His organization controlled a large portion of the illegal drug trade in Newark, moving multiple kilograms of heroin a week for almost two decades. The drug money was laundered through restaurants and retail businesses.

“People think street gang members are not as smart as white-collar criminals. But Corey Hamlet is as smart as any CEO we’ve prosecuted,” U.S. Attorney Craig Carpenito told NJ.com.

Besides the narcotics, the Grape Street Crips also engaged in numerous acts of murder, robbery and extortion throughout the city. All of it at the behest of Hamlet, the group’s longtime leader. He was a man who was serious about the gang life. In order to maintain an edge on his rivals he ordered several murders – both outside and within the Grape Street Crips, it wasn’t smart to threaten his position as boss.

The murders, in turn, attracted the attention of law enforcement. In November of 2016, Hamlet and 14 members and associates of the Grape Street Crips were charged in a 22-count indictment alleging the gang committed seven murders, numerous attempted murders, and numerous other violent and drug trafficking crimes committed as part of the racketeering conspiracy.

At Hamlet’s trial these brutal acts were highlighted by prosecutors:

The trial revealed that Hamlet ordered many of the murders as revenge against Almalik Anderson, a rival with whom he had a long-running dispute. One of Hamlet’s fellow gang-members attempted to broker a truce with Anderson at the Short Hills Mall. After the meeting there, Hamlet used his Instagram account with over 12,000 followers to assert that Anderson had cooperated with law enforcement.

“I just put it on Instagram,” Hamlet himself later testified in court. “Social media has a lot of benefits. Social media has a way to get people to understand like maybe a mood you were in or what you, like, see where you at the moment, you might be in the park, it might got nice scenery, whatever the case may be, or even promote events. But I used it on that day to show that you trying to come at me when, all actuality, you the rat.”

On Hamlet’s orders, four gang members then hunted Anderson down and sprayed his Porsche Panamera with bullets at a busy intersection in Newark, nearly killing him and passenger Saidah Goines, a relative.

Within two weeks, Hamlet successfully ordered two other gang members to murder Anwar West, the fellow gang member who had attempted to broker peace between Hamlet and Anderson. On Hamlet’s orders, co-defendant Rashan Washington left West alone inside a Jeep Cherokee knowing that another gang member intended to walk up and shoot West in the head.

Hamlet then ordered the murder of Maurice Green, Anderson’s brother. On March 3, 2014, Manley and Hamlet, the long-time leader of the New Jersey Grape Street Crips, were riding in Manley’s Jeep Cherokee when they pulled alongside a car being driven by Green. Although Hamlet aimed a firearm at Green and the car’s other occupants, Green pulled off before any shots were fired.

A short time later, Ahmad Manley found Green, and a car chase ensued. The chase concluded when Green’s car crashed into other vehicles at the intersection of Irvine Turner Boulevard and Spruce Street in Newark. Numerous shots fired from Manley’s Jeep Cherokee at Green’s vehicle struck Green and killed Wesley Childs, a passenger in Green’s car. In addition, Velma Cuttino – an innocent bystander who was a passenger in one of the vehicles that had crashed at the intersection – was shot through the head and killed.

“I never shot nobody”

At first, the jury seemed to be on his side. His first case ended in a mistrial, but in July of 2018, after a two-month trial, a jury found Hamlet guilty of racketeering, several murders and shootings, and drug crimes.

Twelve of the 14 defendants charged in the indictment have now been convicted. An additional 68 members and associates of the Grape Street Crips who were arrested in a coordinated takedown in May 2015 were separately charged with drug trafficking, physical assaults, and witness intimidation. 66 individuals also have been convicted, and charges remain pending against two.

On September 19, 2018, 41-year-old Corey “Castor Troy” Hamlet was sentenced to two concurrent terms of life in prison for his role in six murders, an attempted murder, drug trafficking, and firearms offenses as part of a racketeering conspiracy involving the New Jersey Grape Street Crips.

“The sentencing of Corey Hamlet closes the chapter on one of Newark’s most violent offenders,” Special Agent in Charge Valerie Nickerson said. “The residents of Newark can be confident that the men and women of DEA and our law enforcement partners will continue to pursue those who choose to violate the rule of law. Every citizen has the right to live without fear, and the conviction and sentencing of Corey Hamlet helps to make that possible.”

The fight is far from over, however, Hamlet’s lawyer Anthony Iacullo plans an appeal and told NJ.com: “Our position was Corey is not responsible for any of these murders. There is no leader as they portray of the Grape Street Crips. It’s not one entity. It’s an affiliation of people from different neighborhoods. It’s a bunch of guys from different neighborhoods who did their own things.”

Though this could very well be true, it does sound very familiar to “There is no Mafia,” a line used by members of La Cosa Nostra for several decades until it turned into a running gag among mobsters, cops, and the public.