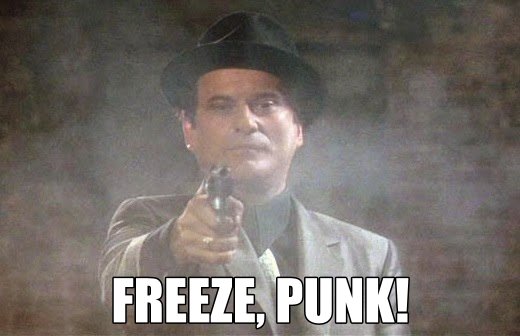 Cops and mobsters will never be the best of friends. But every wiseguy trusts that if he surrenders to the law he will not be murdered. Ironically, it’s that belief that got a bunch of gangsters killed. Not by the cops, but by their underworld rivals who abused the trust all members of society, including criminals, place in the badge and the uniform by playing dress-up as they went hunting for their enemies.

When a police officer yells “Freeze!” a suspect knows that he can stop moving without being shot. Though if he continues to run his chances of being shot increase significantly. But imagine a famous serial killer standing a hundred feet from you, yelling at you to “Stop moving!” Would you stop? Or would you run like hell? Preferably to the nearest police station?

The same rules apply within the underworld. When a cop tells a gangster to “Freeze!” they will usually do so. Unless they are in the middle of a drug deal or bank robbery of course. Running from the law is part of their profession. But if they are just walking on the street and a cop tells them to stop, they will have no problem with that.

Yet when one of their rivals tells them to do the same their mind will start racing. “What does this guy want? Why is he telling me to stop? Is he packing?” If there is a gang war going on, he will not even think, he will just start running to safety or pull out his gun and start blasting. If your enemy tells you to stop it won’t be so he can kiss you on the cheek. It’s more likely he needs you to stand still so he has a clear target from afar or can get close enough to stab you through your heart.

Gangsters Inc. dug up four examples of mobsters using the badge to whack their enemies.