The above is a quote attributed to Colombo Crime Family leader Thomas “Tommy Shots” Gioeli. According to the FBI, Gioeli uttered the words to a fellow mobster when they were discussing a 1982 mob hit gone wild. So wild that a former nun ended up dead in the ensuing carnage. Though all mobsters break every law in the book, or both books, most have been raised with strict Catholic values. Gioeli is no different, and the dead nun was apparently eating away at his conscience.

The conversation about the murdered nun came out in court twenty-nine years after the hit took place. A lot can happen in twenty-nine years. A free man in 1982, Gioeli was a young enforcer for the Colombos. Today, in 2011, he sits in prison awaiting trial on a long list of racketeering and murder charges. An older man now, Gioeli also has outgrown his career as muscle, becoming acting boss of the Colombo Family in 2004. His life so far has been a bumpy ride filled with gang violence worthy of a Scorsese movie.

Thomas “Tommy Shots” Gioeli began his rise to Mafia stardom in the 1970s. In 1980 he got his big break when he stood up and did his time after being jailed on a robbery conviction. After being released from prison he became an initiated, or ‘made’, member of the Colombo Family led by Carmine Persico.

As an official member, Gioeli was the go-to-guy for mob hits. Mob author Jerry Capeci once quoted a police source who told him: “He’s got a crew of shooters who haven’t really gotten touched.” But Gioeli had no problem getting his own hands dirty either. Something that he allegedly made clear to trusted fellow mobster Dino Calabro (right), when he said he was going to hell for a mob hit that ended up accidentally claiming the life of a former nun. But defense attorney Adam Perlmutter thinks Calabro is telling false stories. “If one of the government's cooperators said Gioeli killed 'Cock Robin' from the children's fairytale, the government would believe that, too. The government believes anything its rats tell them,” Perlmutter said.

He may be correct. Another mob turncoat, Salvatore Miciotta, had already told authorities all about this infamous mob hit years ago. Miciotta was a captain in the Colombo Family when he ‘flipped’ and joined Team America. He told the FBI that the Colombos planned to murder Joseph Peraino Sr. and his son Joseph Jr. because there was a dispute about the profits of the porn movie Deep Throat, which had been produced with mob investments. A hit team went to their house and in the confusion the nun ended up dead. Boss Carmine Persico approved the hit on the Perainos and Miciotta said that other participants in the murder plot included Joseph "Jo Jo" Russo, John Minerva, Vincent Angellino, Frank Sparaco, and Anthony Russo. No mention of Thomas Gioeli. And until this recent turncoat, Gioeli had never been linked to this mob hit.

Whether there is any truth to Calabro’s claims will have to be seen when Gioeli’s racketeering trial starts and prosecutors will put up all their proof and the defense can cross-examine the government’s witnesses. Gioeli and several other mobsters had been indicted in June of 2008 on charges ranging from murder, extortion, and racketeering. Regardless of Gioeli’s alleged involvement in this particular hit, though, the government will not charge him with it, yet. But the government does believe it can link him to six other mob murders, most of them committed during the bloody Colombo Family war of the early 1990s.

The Colombo war of the 1990s lasted two years and is one of the most infamous happenings in recent mob history. When boss Carmine Persico was sent to prison for life he made Victor “Little Vic” Orena his acting boss. Orena liked the position and tried to oust Persico as official boss. This move created a split within the family, with Persico loyalists facing the rebellious faction led by Orena. Between 1991 and 1993, the two groups fought a tit for tat battle that saw ten mobsters and two bystanders killed. 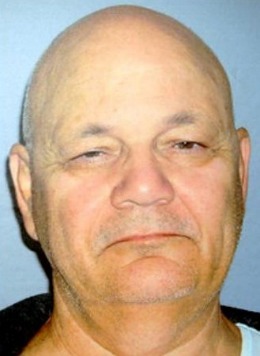 During that bloody war, Gioeli (left) proved his worth once more. On June 12, 1991, Orena-faction member Frank Marasa was shot multiple times outside his home in Brooklyn in retaliation for his perceived involvement in the murder of a Colombo family associate. Authorities have charged that Gioeli committed the murder together with Dino Calabro and Joseph “Joey Caves” Competiello. Both Calabro and Competiello are now testifying for the government.

Gioeli and Calabro were a close duo before their arrest in 2008. On March 25, 1992, they also committed the double murder of Colombo family soldier John Minerva and Minerva’s friend, Michael Imbergamo. Imbergamo was not a target of the murder, but was killed because he was with Minerva, a member of the Orena faction, at the time of the attack.

It is clear Gioeli had no problem firing shots, but how would he react to being on the receiving end of some well aimed bullets? Well, on March 27, 1992, he found out when he was wounded in a wild car chase/shootout in Brooklyn. He was hit multiple times during the incident, but survived and his stature among his fellow gangsters had risen substantially after that day.

After the FBI arrested Vic Orena and several other Colombo mobsters, things soon returned to normal. Persico’s son Alphonse was firmly in place as acting boss for his imprisoned father and the two warring factions had begun to make peace and ‘fuggedabout’ all the violence that had occurred between them. Orena loyalist William “Wild Bill” Cutolo was made underboss and everyone was happy. 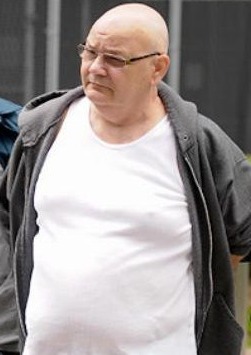 Of course, this isn’t a fairytale. This is a world filled with men who cheat, rob, hurt, and kill in the blink of an eye. No wonder then that “Wild Bill” Cutolo soon went missing and Colombo mobsters Dino Calabro and Thomas Gioeli all received a promotion shortly thereafter; Calabro became a made member, while Gioeli became a captain. Prosecutors have added the Cutolo murder to the long list of murder charges against Gioeli.

Sitting in his jail cell, thinking about freedom and life behind bars. That’s the situation Gioeli is in right now. If he is convicted he will spend the remainder of his life in prison. Two of his most trusted fellow mobsters are lining up to testify against him. While he sits in a small cell, he knows his former friends will get out of prison eventually. It is part of the sweet deal the government offers to all turncoat mobsters.

One wonders if Gioeli ever thinks about making such a deal himself. There wouldn’t be many gangsters left to testify against, but who knows. Then again, it is more likely Gioeli’s belief in that core mafia value of Omerta is still very strong. He would rather be in prison for life than become a turncoat, a rat. Perhaps Gioeli really has just one fear. Namely, the answer to the question: “What happens when I die?”