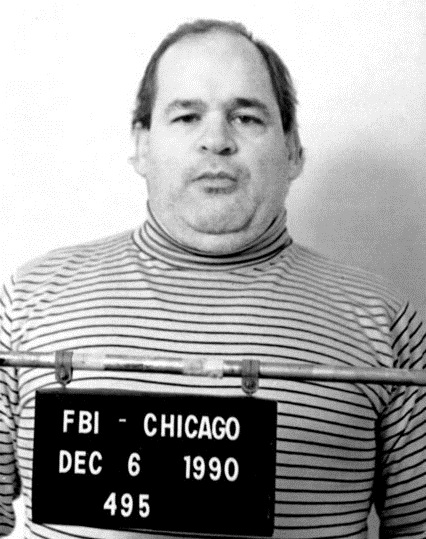 Chicago mobster Frank Calabrese Sr. died Christmas day at the age of 75. He was serving a life sentence at Butner Federal Correctional Complex in North Carolina after having been convicted of several murders at the Family Secrets trial in Chicago.

Calabrese Sr. will not be remembered as a kind person. During his trial there was gruesome evidence of several vicious murders that Calabrese Sr. had a personal hand in. The evidence literally made the mob hitman laugh in a full courtroom.

His bad temper and violent behavior even alienated Calabrese Sr. from his own relatives. His own sons testified against him. Adding to the heap of evidence that resulted in guilty verdicts against Calabrese Sr. and Chicago bosses Joseph Lombardo and James Marcello. The Family Secrets trial was the biggest trial against the Chicago Outfit in decades and succeeded in sending many top mobsters to prison for life.

Frank Calabrese Jr. told the Sun-Times on Wednesday that his father’s violent history made his death especially emotional. “I believe he was taken on Christmas Day for a reason. I hope he made peace. I hope he's up above looking down on us. He's not suffering anymore. The people on the street aren't suffering anymore.”

Calabrese’s attorney in the Family Secrets trial, Joseph “Shark” Lopez, told the Chicago Tribune that Calabrese Sr. had been in bad health. “Last I spoke with him a little over a year ago, he was a sick man,” Lopez said. “He was on about 17 different medications. But always a strong-willed individual.”