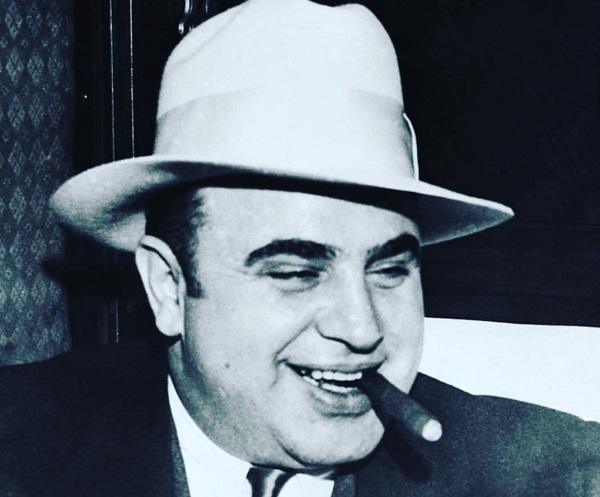 Al Capone’s life story and violent exploits have filled entire libraries and spawned many movies. Yet the focus is usually on his activities in Chicago. Though his power definitely originated there, his influence reached far beyond the city limits into small towns like Stickney and Forest View. In her new book When Capone Ruled the Village, author Linda M. Malek delves into this unique episode in the notorious mob boss’ life.

Linda was kind enough to contribute the following introduction and the book excerpt below to Gangsters Inc.

The history of Al Capone’s operations is incomplete if his activities in the villages of Stickney and Forest View are not explored. The well-worn story of his illicit activities in Chicago and Cicero have been visited by many authors and historians, yet the Capone hot spots in Stickney and Forest View that made headlines for years have been ignored. The vice dens, raids, arrests, murders of gangsters, arson and courtroom battles connected to the villages kept law enforcement very busy.

Taking a closer look at this era reveals the socio-political environment that allowed criminal activities to take root. During the late 1800s social reformers led a movement to create laws that forbade gambling and horseracing, which stopped horseracing for awhile but fueled a myriad of back-alley wagering alternatives. Anthony Comstock was the secretary of the New York Society for the Suppression of Vice. The Comstock laws that were named after him prohibited the distribution of anything considered obscene including birth control devices. These laws contributed to the proliferation of pandering and brothels. The greatest failure of the reformers was the 18th Amendment, which established the prohibition of manufacture, sale, or transportation of intoxicating liquors in the United States. Bootleggers became millionaires. 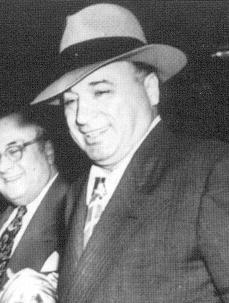 Residents of Stickney and Forest View were angered when Al and Ralph Capone (right) brought their trade to town. Many were determined to get rid of them, while others developed tolerance for them. The Capones ran a dirty business but took care of their neighborhoods and the people who lived in them. Cooperation with the Capones was rewarded. A complicated codependent relationship began when residents were hired to assist with manufacturing and storage of liquor and local politicians were paid to look the other way as a revolving door of men visited the village brothels.

Al Capone had many notorious associates who managed operations in the villages. Ralph Capone was in charge of Stickney and Forest View. His primary function was obtaining adequate supplies of liquor to keep all the speakeasies stocked. He also ran a large brewery in Forest View. Procurer Mike De Pike Heitler ran Stickney’s Shadow Inn, while Jake Guzik managed all the other brothels in the villages. Reporters nicknamed Stickney, “the oasis for the thirsty,” due to the number of speakeasies there. After the founder of Forest View was run out of town the Capones took over. The press then nicknamed Forest View “Caponeville.”

Another topic rarely visited and seldom mentioned are the wealthy industrialists who covertly funded the investigation that ended the reign of Al Capone. Buying information, infiltrating operations, wiretapping and countless man-hours spent on surveillance were beyond the budget of law enforcement agencies. The tangled web of the Capone syndicate met defeat with the financial support of the Secret Six.

The multifaceted world of Al Capone now contains another episode, and this book details events that lay dormant for almost a century. When Capone Ruled the Village is a new book that sheds light on the forgotten headlines made by Capone’s operations in the villages of Stickney and Forest View Illinois. It includes 78 unique photographs that support the text.

The book explains the evolution of how illicit activities found their way into these suburbs and gained momentum. The excerpt, although interesting, is taken out of context and only reveals a fraction of the complex relationship that unfolds between Al and Ralph Capone and the community. Additional information can be found on the website: whencaponeruledthevillage.com

Book excerpt from When Capone Ruled the Village 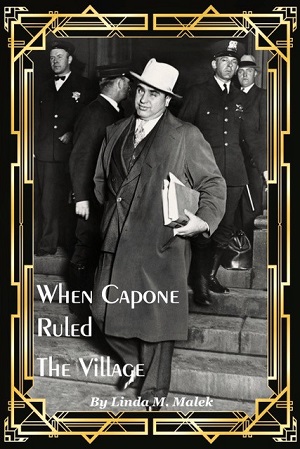 You can order a copy of When Capone Ruled the Village on Linda M. Malek's website here.

On July 24, 1925, Sheriff Peter M. Hoffman and a group of civic organizers were delighted when Circuit Court Judge Francis S. Wilson issued an injunction ordering the notorious Harlem Tavern, aka “Sticks”, located at 4225 Harlem Avenue, Stickney, padlocked for one year. The proprietor was known to be Al Capone.

Business was thriving at the Harlem Tavern known to regulars as “Sticks.” Patrons looking for hookers accessed the brothel through the first floor barroom. The girls conducted business on the second floor. Bouncers sent customers upstairs where a woman collected the $2 fee from each man for five minutes time with one of the girls. The men were then assigned a room number, and when the girl became available, the next man was called in. The fee for services was divided three ways: the prostitutes got 80 cents, 20 cents covered protection, and $1 dollar went to the house. The girls were well practiced in making each encounter brief. On average, it took three minutes from hello to goodbye.

On August 24, 1925, the element of surprise helped Sheriff Peter M. Hoffman and fifty deputies conduct a successful raid on the Harlem Tavern. Without a word of warning, the posse descended on Sticks.

The deputies reported the joint was jumping when they burst through the door. An estimated two hundred revelers were drinking and dancing in the barroom while seven women and five men, found in the brothel on the second-floor, were arrested and taken into custody. Frantic patrons scrambling to leave the building hurled tables and chairs at windows and doors attempting to flee. One man jumped from a second floor window taking down an electrical power line that contributed to the mayhem when the lights went out. The turmoil spilled over into the parking lot, which looked like the aftermath of a demolition derby. Chief George H. Weilding of the Illinois highway police stated that chaos erupted outside the building where at least a dozen cars were abandoned after collisions were caused by patrons in a panic to leave the mêlée.

The Harlem Tavern did not remain closed for very long. Assistant State’s Attorney Frank Peska explained how the Capone gang avoided injunctions, an official order given by a court, to cease and desist operations, by relocating or altering the name of the business. After an injunction was filed against the notorious Harlem Inn at 4225 Harlem Avenue in Stickney, they moved the business to a new address a few doors away at 4207 Harlem Avenue. 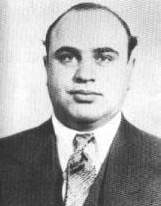 Al Capone disappeared; he became a fugitive after the April 27, 1926, murders of James Doherty, Thomas Duffy, and Assistant States Attorney William McSwiggin. Investigators believed competition between Capone and Doherty for beer distribution was the motive for the murders.

On May 1, 1926, Chief Schoemaker, Lieutenant Charles Eagan, Sergeants William Burke, Thomas Crot, and Frank Johnson conducted another raid at 4225 Harlem Avenue in Stickney. This facility had been known as the Harlem Tavern and was closed by injunction issued by State’s Attorney Crowe. The name was changed from the Harlem Tavern to the Harlem Inn to circumvent the injunction.

Raiders inspecting the inventory found four sticks of dynamite, a shotgun, a rifle, and a gun in a holster with a police officer’s badge #5 from the Forest View police department. Liquor included: eighty cases of beer, 15 five-gallon jugs of wine, 11 fifty-gallon drums of alcohol, and 1-1/2 cases of Champagne. They also found and destroyed six slot machines.

Continuing their search of the premises, they found a button hidden beneath the bar that operated a sliding panel on the opposite side of the room. Behind the panel was a space the size of a closet, large enough to hide three men. There were three holes in the panel that would allow for long barrel guns to protrude and for gunmen to shoot into the barroom. Pictures were hung on the outside of the panel to cover the holes concealing them from view of anyone in the barroom.

As their investigation continued, they found 26 rooms that had been inhabited by prostitutes. Many of these rooms had secret panels or trap doors that would provide means for occupants to hide or to escape. Locals told stories of women surfacing from underground in the forest preserves across the street from building.