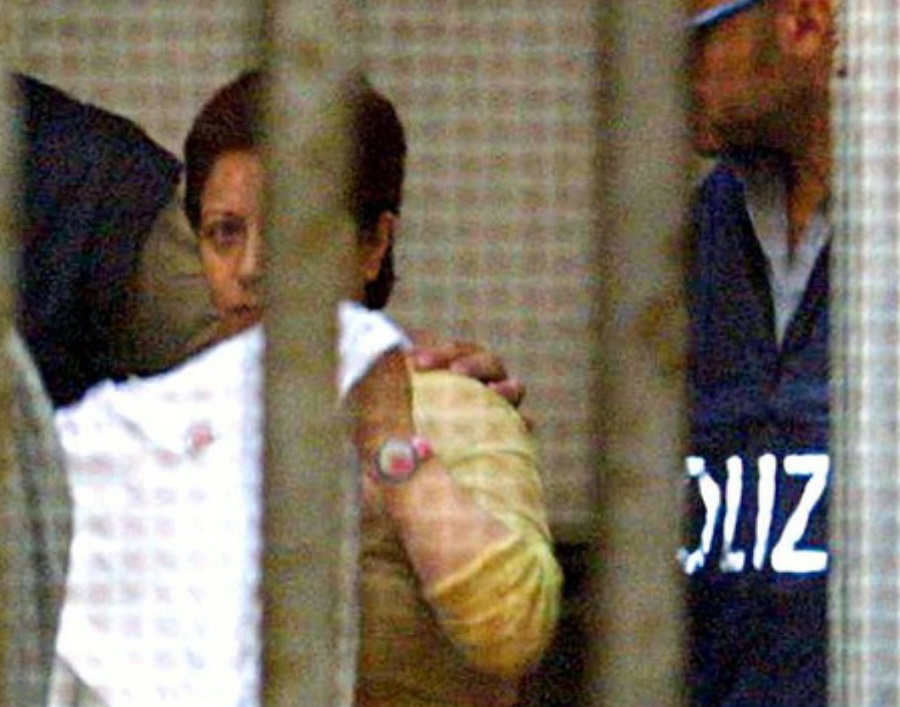 When people are asked what they think of Maria Licciardi they answer several things. They will say she was charismatic, calm, highly intelligent, ruthless and more importantly they will say she was the Capo dei capi of the Camorra, the boss of bosses in the Mafia organization based in Naples.

Maria Licciardi was born 24th of March, 1951 in Napoli, Italy. Napoli or Naples is the third largest city in Italy and is home to the Camorra. The Camorra is the Napolitan answer to the Sicilian Mafia. The Camorra, as we know it today, started it's hold on the city in the years after the Second World War when they took control of the weapon and cigarette smuggling operations. Over the years they expanded into real estate and the drugtrade. Maria Licciardi knew from early on what the Camorra was and who ran it. She grew up in a family of killers and Camorra members. All her brothers were active Camorra members. One of them, her brother Gennaro "the monkey" Licciardi had become boss and ruled supreme. Her husband Antonio Teghemié was also a member. All in all you could say every man in Maria Licciardi's life was a Camorra member.

Growing up Maria Licciardi's role was still that of a wife. And in the mob world the role of the wife was to be loyal, tight lipped, cook, clean and raise the kids. And that role has been there since.....wel since the beginning of humanity. But with the crackdown by the Italian government on organized crime that put countless of members and bosses behind bars and the bloody wars that decimated the clans and Families the role of the woman began to change. With most qualified men in prison, dead or too young, women slowly moved themselves into the seats of power of the Camorra. One of the first women to do so was Rosetta "Ice Eyes" Cutolo. Cutolo followed in the footsteps of her brother Raffaele who was imprisoned. Rosetta became known for her ruthlesness and great leadership qualities, under her leadership income from extortion and the drugtrade increased to record heights. When she eventually was arrested she was only convicted for associating/contacts with the Mafia. She was acquitted 9 times of murder.

Was one man gone enough to put Rosetta in the seat of power things didn't go that easily for Maria. The first sign that her time might have come was when in 1993 her brother Gennaro Licciardi was murdered in prison. But Maria had to wait, in line before her were her two brothers Pietro and Vincenzo, as well as her husband Antonio Teghemié. But as time went by they all were unable to take control getting whacked or arrested and so Maria's time had come.

It didn't go easy, not only losing her brothers and husband, she also had to prove her qualities to the other bosses and more importantly her soldiers, and as soon as Maria Licciardi was in place she proved it. She set up meetings with rival Camorra clans and told them that the fighting over territory and power had to stop. The wars meant that they lost money and didn't make the money they could make without war. Licciardi advised that the clans should carve up the city and work together to expand the cigarette smuggling, drugtrade and racketeering. The other bosses saw she was right and decided to work together and make peace. Maria Licciardi's first victory was behind her and now fully in control she decided to give out some orders and handle business.

One of the things Licciardi did was get her Family into the prostitution trade. Until then the Family had always stayed out of that business because of a code of honor but under Licciardi that code was broken. They bought the girls from the Albanian Mafia, put them on the street and money was flowing in. Girls were put on drugs so they wouldn't become an informant or run away. When the girls had become too old they were killed. Another big moneymaker, one that expanded under Maria, was the drugtrade. The Napolitan suburbs are ruled by the Camorra. Young drugdealers are used to sell heroine and cocaine. One police officer says: "It's one big web, they constantly change people and locations" The police have a lot of trouble breaking down the Camorra Organization. A lot of the people who live in these suburbs support the Camorra. Unemployment is high and one of the main employers is the Camorra, they also provide money for the comunity. And if all this isn't enough to keep omerta in place than fear is. "A big portion of the people protects them and works together with them against the police". Italian prosecutor Luigi Bobbio who went after Licciardi and investigated her says: "As soon as a woman takes charge we can see that emotion plays a lesser part and that the organization reaches greater heights." Under Maria Licciardi the Camorra indeed reached new heights. They became more violent and more secretive.

Licciardi's reign had been relatively quiet, everything ran without problems. Untill a Camorra clan unhappy with Licciardi decided to deny an order. The disagreement was over a shipment of pure unrefinded heroine. The heroine Licciardi said would kill all the customers and bring heat from public and law enforcement. She ordered it not to be sold. Without her knowing and behind her back a Camorra clan named Lo Russo decided otherwise and made the shipment ready for being sold on streetlevel. After a few days it happened, drug addicts lay across the street dead from the heroine from the forbidden shipment. Heat from the public and law enforcement came down on the Camorra clans. The alliance that Licciardi realised early on in her career fell apart instantly. Wars among clans erupted and again each other business was taken over or destroyed. When other clans attacked Licciardi's men, Licciardi went to war. During this war over a hundred mobsters were killed. The war put in place a hunt by law enforcement for the leaders.

Now Licciardi had run into the kind of trouble normally reserved for men, she was under pressure from both rivals as well as law enforcement and had managed to get on the "30 most wanted Italians" list and so she went into hiding. While in hiding she continued to run the Camorra and fight her wars both with rival clans as well as law enforcement. When Maria felt prosecutor Luigi Bobbio and his team were getting a bit too close to her Family soldiers and herself she decided to take action. On January 2001 she bombed Bobbio's office building, as a warning. It didn't help her. Bobbio continued his fight and under massive protection he started breaking down the wall surrounding Licciardi. 70 of her men were arrested but all maintained a code of silence and took their prisonterm instead. Licciardi seemed untouchable. Italian authorities only had one photograph of her and distributed it. Authorities thought that while on the run Licciardi would have had plastic surgery or changed her hair color or model, they didn't know what to look for. But they kept up pressure and Licciardi's hide out became known. A team was set in place to arrest her. Licciardi was hiding out in a Neapolitan suburb, she felt safe knowing the people living there would not give her up to the police. But the cops were on to her and found her hideout. On June 14, 2001 the Mobile Squad of Naples and special operations team from the police raided Licciardi's hideout and arrested her. She didn't resist arrest and was taken into custody. At her arrest police noticed she looked just like the photo that was released years earlier. At age 50 Maria Licciardi's reign as boss was over. Her would be place taken over by someone else, probably a man.

Although still uncommon in Sicily and unheard of in the United States female Mafia bosses in Italy are on the rise. Statistics show that in 1990 one woman was indicted for Mafia connections in 1995 there were 89 such indictements. The emergence of women as bosses is far more noticeable in Naples than Sicily. The police say it is partly a cultural thing. "Family ties are very tight here, and women have always had a far more dominant role in the family here than in Sicily," said Giuseppe Donno, a spokesman for the police department of the province of Naples. "They say that behind every great man there is a strong woman, and that is true in crime families as well." It has to be said though that this shift in power is more a lack of manpower than a sudden boost in ruthlessness or power under women. Most of them become boss when close Family needs to be replaced and no others are available, they are used as temporary powers. So women are taking control but would never do it by taking out male competition, they wouldn't win that fight. But when they are in the position of boss women have proven to be just as ferocious and ruthless as their male counterparts if not even more.