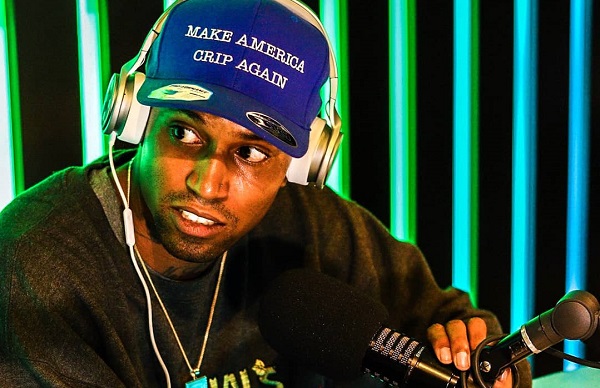 Stanley James II isn’t silent about his membership in the Crips. It’s something that defined him as a person and profoundly impacted his life. Yet, despite the gang life and multiple stretches in prison, he managed to switch careers. Instead of selling drugs, he began writing and selling his own books. “I just used the same hustle ideology I did with drugs,” he tells Gangsters Inc. in an exclusive interview.

The hustle never stops for 29-year-old Stanley James II (photo above). In 2017, he dropped his first hit novel The Bust (LiveByTheGunDieByTheGun) and he has only been looking forward ever since. He has written over six books in total and is all over social media promoting his writings and unique brand. As someone who lived the gang life, he offers an insider’s perspective in his fictional stories that adds a large dose of realism.

“Reality is everything for me,” James II tells Gangsters Inc. “I wanna give my readers a true account of what's really going on in our urban communities that's not getting enough exposure. When you read my books, you’re actually watching a movie in which you yourself or someone you know is the main character.”

It’s not hard to see James II or someone he grew up with as one of the characters, hanging with gangsters, slanging dope, hustling and scheming. But there is much more to James II’s story. “Growing up in Long Beach, California, for me was pretty much fun and tough at the same time,” he says. “I mean fun as in when I was a kid, I pretty much stayed active and involved in as much as my mother would allow me. As an adolescent I would never leave the house without my tie.”

Up until his teens he was in the boy scouts and played sports, while also attending church and various community events. He had a pretty care-free childhood, but then things changed. The early 1990s rolled around and he was confronted with the dangers and allure of drugs and gangs.

“For the most part my neighborhood is run down with murders, drugs, prostitution, and crime. The gang I became a member of is located on the Northside of the Long Beach County borderline of Compton surrounded by Southside Crips and Neighborhood Compton Crips. My gang, the Notorious 4 Corner Bloc Crips, was originally established in the early 1960s as the Squarehood Crips and later changed its name to 4 Corner Bloc Crips in the early 1980's,” James II explains.

“I officially crossed over into the gang life around the tender age of 16/17 when my big homie “Big Face” was released from Corcoran State Prison after doing a 5-year bid and I got jumped in for 40 seconds.” 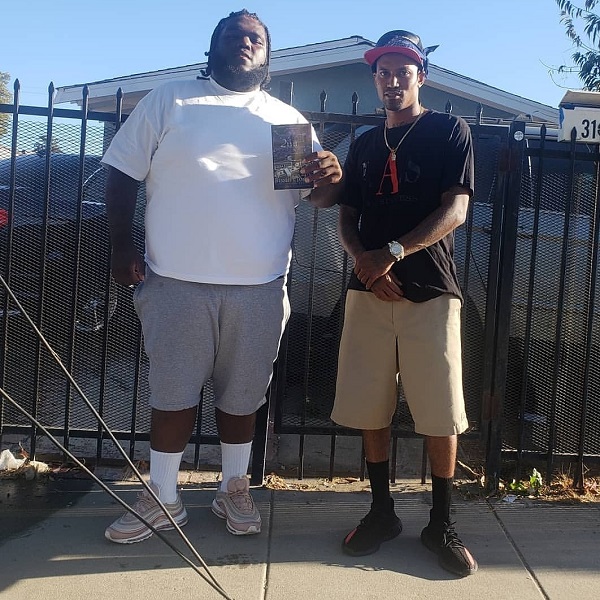 By that time, he had already been involved in the drug trade for several years. He started as a 12-year-old, dealing crack, powder cocaine, weed, ecstasy, meth and heroin. “I made my first $50 dollars off a 50 double up of crack cocaine,” James II remembers. “I didn't even know what I was actually selling for about a year and a half until I finally opened up the package and saw it was pure white cocaine.”

He received the narcotics from “Big Face” every morning before school. “Me and my friends had to walk down the corner to catch the bus to school. As I walked down the block heading towards the bus stop, I would stop at “Big Face” his house as gang members been out all night into the morning hustling, doing crime, and he would secretly give me several packages to give to the crackheads waiting at the bus stop. I kept $50 off of each package. As I got older into my teens and adulthood, we had several dope spots and several money stash houses in our republic. We had full control of our turf. We had a payphone in front of our neighborhood store London’s Market where a lot of money was made. We ran a whole operation in which we had our whole neighborhood involved.”

Gangs were a part of life – and death – on the streets of California. Though they are mostly associated with drug dealing and drive-by shootings, gangs offer something different for each member. “The current roles being played in any street gang across America vary for different reasons and different terms. When my gang originally started in the late 1960s it was a form of protection for our residents from the outside neighboring gangs as well as the racist groups of people from different cities and blocks coming into our neighborhood committing crimes and burglaries amongst our residents.”

Then things got much darker as drugs ravaged through the neighborhood. “It gradually turned into black-on-black crimes as guns, drugs, and money was brought in from government agents to divide and conquer neighborhoods across the city and county turning us all against one another.” 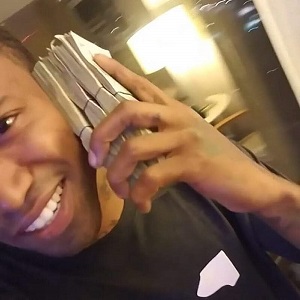 In and out of jail

With money rolling in from illicit activities, James II eventually became a target for police. In his twenties, he was in and out of county jails. “From L.A. County to Orange County jails my name rings bells,” he says. “I just recently got off of probation after 8 years. My charges stemmed from commercial burglary, drugs, robbery and cocaine charges on top of gang enhancements. While in jail I've encountered many heavy hitters and different players of the street game from different places from Los Angeles and throughout the United States.”

While some see prison as a schooling program or rite of passage, James II sees it differently. “Jail is something I wouldn't wish on anyone not even my worst enemy,” he says. “It's a dead period in your life as you’re slightly disconnected from the rest of the world. Everyday it's a possibility that you wouldn't be coming home, but leaving in a body bag. You’re in there with your enemies and you have no guns, just your shank or two fists.”

Sitting behind bars made him think. Was this it? Hustling with his gang on the outside just so he could fight rival gangs on the inside? Get released and do it all over again? Something in his mind clicked and he began looking for ways to let his inspiration out to see where it might lead him. He started writing short stories about his gang days and let other inmates read them. “They were blown away in surprise,” he says with pride. “By then I figured I had a calling.”

He loved how his simple words could help people escape the harsh reality of jail life and figured he could take others on a journey into his fictional worlds as well. Using money he had saved from selling drugs, he funded his literary career.

“With little to no experience nor direction in self-publishing and no proper schooling or college degree, I had to take the streets approach. I started with simple poetry chapbooks that consisted of paper and staples made into a cheap booklet that I sold around Los Angeles County for $5 bucks. I just used the same hustle ideology I used for selling drugs, but this time I was hustling books and other people's literature to get by.”

He did that for about a year when he was noticed by Los Angeles-based publishing company No Brakes. He inked a joint venture publishing deal with Terry Wroten for his first Gang Tales novel, The Bust (LiveByTheGunDieByTheGun), which is loosely based on his life as a Crips gangster.

While writing The Bust, three of James II’s best friends were hit with murder charges. “If it wasn’t for God and the birth of my son, I would’ve been right there with them,” he says. “The impact it had on me brought out more of me and gave me a clearer perception of this life that thousands of us Crip members had chosen.”

It also made the moment he received the first print edition of his book that much more special. “Man, when I first held my book The Bust (LiveByTheGunDieByTheGun), the physical book, in my hands, no lie, it felt exactly like the first time I copped a brick of cocaine. I felt every emotion shot through my veins. It's like holding a baby, you know. My legacy is forever planted here on this earth.”

That feeling was confirmed when it turned out to be a huge hit, selling over ten thousand units in the first month. It earned him respect from established authors and other publishers began paying him attention as well.

James II is very happy with how things are going and looks to keep writing “raw vivid Gang Tales living as a traveling researcher” but he is also looking at new adventures. “My plan for the future is to be indulging in screenplay writing as well as acting. Maybe get a spot on 50 Cent's writing team,” he says with a laugh. “Perhaps being able to produce my own films later down the line.”

James II has no shortage of dreams. It’s important to have those and keep dreaming once certain dreams come true. Everyone has a shot. Whether you are in a gang or locked up, poor or without any education: You too can make it.