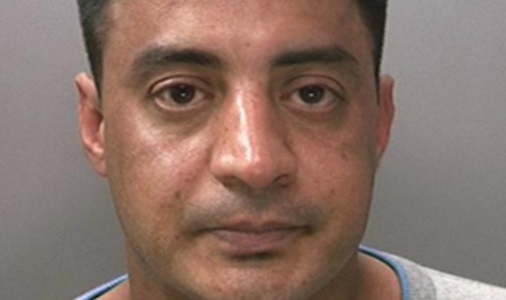 The prospect of years behind bars isn’t a nice one. Especially when one just got out of prison. So when Khaliq Ur Rehman, dubbed a “career drug trafficker” by British police, faced new charges after just serving 7 years, he decided to go on the lam. He now is a wanted man.

47-year-old Khaliq Ur Rehman (photo above) was jailed for 16 years in September 2011 over a conspiracy to import and supply more than 100 kilograms of heroin from Turkey to sell in the United Kingdom. He was released on probation in 2018 after serving half his sentence.

As part of the conditions for his early release, Rehman had to notify law enforcement of details around his communication devices, his vehicles and his money. National Crime Agency officers discovered Rehman did not disclose all his mobile phone numbers and email addresses, raising suspicions he is still involved in serious and organized crime.

Investigators arrested him on 17 September 2020 on suspicion of breaching the conditions of his release, and he has not been seen since he was set free. Rehman has a long history of crime. He was convicted for drug dealing in 2002 and jailed for 12 years. He also has trouble complying with the rules while under supervision. He was previously caught in possession of a mobile phone in prison.

“Khaliq Ur Rehman is a career criminal who we believe is still involved in serious and organized crime,” Mick Pope, Operations Manager at the NCA, said. “We need your help to recall him to prison. If you know of Rehman’s whereabouts or have any information that can help us find him, don’t hesitate to pick up the phone to report your suspicions. Anyone helping Rehman or frustrating law enforcement efforts to locate him could find themselves being arrested.”