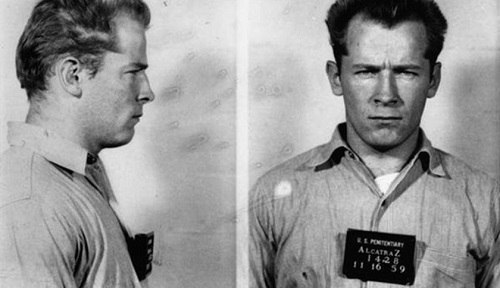 Always wanted to own a piece of Boston crime boss James “Whitey” Bulger? Here’s your chance! Well, not literally a piece of him, of course - although we know of quite a few men who might like to slice off a piece of the longtime FBI informant. No, we are talking about owning some of his prized possessions, like his replica of a Stanley Cup professional hockey championship ring. That, and a bunch of his other stuff will go up for auction.

The auction has been set up by authorities, with funds made during auction used to compensate Bulger’s victims’ families. According to Reuters, “The U.S. Marshals Service will first comb through the household detritus seized when federal agents arrested Bulger in 2011 at a Santa Monica, California, apartment after he successfully evaded capture for sixteen years, most of them atop the FBI’s ‘Ten Most Wanted’ list.”

At that apartment, authorities found an arsenal of firearms and explosives, but unfortunately for some of you, those will not be auctioned off. Nor will items of little to no value, like household supplies or toiletries.

What will go up for auction is Bulger’s Stanley Cup ring, a replica of the award given to members of Montreal Canadiens after they won the 1986 National Hockey League championship.

The U.S. Marshals Service has scheduled the auction for June 24 through June 26 at the Boston Convention and Exhibition Center.

Whitey Bulger is currently serving a life sentence at a federal prison in Florida after being convicted of his involvement in eleven murders as head of Boston’s Irish Mafia. While he ruled the streets as a mob boss he was also informing on rivals and associates to the FBI.

His life story was turned into a motion picture titled Black Mass in 2015, starring actor Johnny Depp as Bulger.