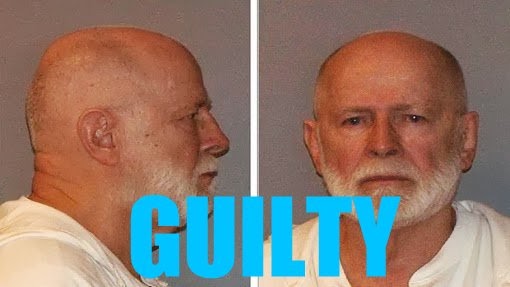 It took a while, but the story of Boston crime boss James “Whitey” Bulger finally has a fitting ending. A federal jury found him guilty of the murder of eleven people, as well as numerous counts of extortion, money laundering, drug dealing, and firearms possession. The 83-year-old gangster will now spend the rest of what is left of his life in prison.

After deliberating for over 32 hours, over five days, the jury found Bulger guilty of racketeering conspiracy and numerous racketeering acts of murder, extortion, narcotics distribution, money laundering and possession of firearms including machineguns.

Bulger, the former leader of the Winter Hill Gang, ran a vast criminal network that emanated from South Boston and controlled much of the city and the surrounding areas during the 1970s and 1980s. Bulger and his associates engaged in numerous illegal activities such as loansharking, extortion of local business owners and bookmakers, trafficking of narcotics and firearms, and murder. Bulger, and associates under his direction, used violence, threats, and intimidation to carry out these illegal activities.

Another tactic he used to gain dominance and control over Boston’s criminal rackets was one deemed illegal by his fellow gangsters: snitching. Bulger fed information about rival gangsters to the FBI resulting in them being taken off the streets and his gang moving into the opened up territory. The New England La Cosa Nostra family stood no chance against the ratting by Bulger and his right hand Stephen “The Rifleman” Flemmi and was effectively decimated by the FBI.

During the trial, Bulger was more worried about his street reputation than being found guilty of multiple murders. It was obvious he hated being labeled a rat and snitch. He even denied having been an FBI informant in court.

It doesn’t matter. The true story of Whitey Bulger is already out in the open. After he went on the lam his associates started talking one by one after finding out their former boss had been an informant. When Bulger was arrested in California his victims and their families finally got a chance to see him face justice.

Though it will never undo any of the gruesome crimes committed and ordered by Bulger, justice was served on August 12. Life in prison and being known worldwide as a rat is a fitting punishment for a man who can’t stand prison or the rat label.