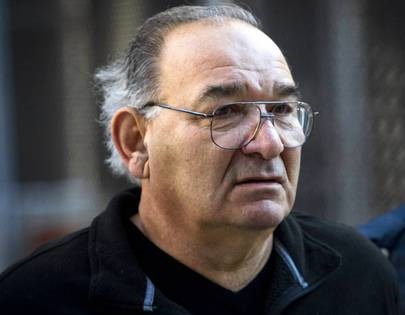 Bittersweet. That’s the feeling Bonanno wiseguy Thomas Di Fiore (photo above) must have had when he was offered the position of acting boss of the Bonanno crime family while boss Michael Mancuso is in prison. Sweet, because the position has its perks. Bitter, because as a boss you are a premier target for the FBI, and as boss of the Bonannos a very easy target at that.

Thomas Di Fiore, who goes by the uneventful nickname “Tommy D,” has a criminal history that dates back to 1966. He was arrested for crimes ranging from kidnapping in the second degree, serious assault charges, to promoting gambling in the first degree, and buying and receiving stolen property. In 1970, Di Fiore was convicted in New York state court of reckless endangerment in the second degree and received a sentence of conditional discharge. 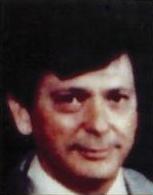 By that time, Di Fiore was a fulltime Bonanno Family associate of the crew led by capo Philip “Phil Lucky” Giaccone. During the 1970s and 1980s, Di Fiore was responsible for picking up thousands of dollars per month in protection money that various trucking companies based at JFK airport were paying the Bonanno family.

Di Fiore’s capo “Phil Lucky” Giaccone (right) was murdered in 1981 as part of the infamous power struggle between a faction loyal to imprisoned boss Philip Rastelli and a faction comprised of Giaccone and two other captains. The plot played an integral part in the movie Donnie Brasco, starring Al Pacino and Johnny Depp.

After Rastelli’s faction had cleaned house, Joseph Massino emerged as the new power on the streets. He also became the man Di Fiore ultimately reported to. We know this because Massino would later become the first Mafia boss to cooperate with the FBI and testify against his former underlings.

Massino said that he sponsored Di Fiore for membership in the family and performed his induction ceremony in approximately 1985 or 1986. In the mob the use of violence is common. It’s a tool of the trade. Yet under Massino the Bonanno family went underground, trying to make as little noise as possible in the hopes that law enforcement would ignore them. At that point, Massino was the only boss of one of the five New York Mafia families who wasn’t behind bars. He would’ve liked to keep it that way.

That’s probably why he told Di Fiore “No” when he asked permission to kill a couple of bouncers linked to the Lucchese crime family. According to Massino, somewhere between 1999 and 2000, Di Fiore’s son had received a beating from bouncers at a topless bar. Another member of the Bonanno family, on Di Fiore’s behalf, asked Massino for permission for Di Fiore to kill the bouncers in retaliation. But the boss refused to grant Di Fiore permission.

Furthermore, Massino told the Feds, Di Fiore had proposed his son for membership in the Bonanno family. He had denied the proposal. I guess getting involved in a fight at a topless bar is not something you put on your resume. Even when applying for a position in organized crime.

A year later, in 2001, Di Fiore was convicted of federal extortion and was sentenced to 29 months in prison followed by three years of supervised release.

In the years that followed, the Bonannos were hit hard by indictments and turncoats. Dozens of mobsters and associates lined up to testify about crimes they committed with or on behalf of Bonanno gangsters. When Joe Massino flipped the game was officially over. It was only a matter of time. The FBI would be digging for evidence to corroborate the testimony of turncoats and bring indictments as soon as they could.

The uncertain times, the lack of trust, it all put a lot of pressure on the mobsters.

By 2012, Di Fiore was made acting boss and set in place a “ruling panel,” which could help settle disputes and run the family’s operations. Not everyone was happy to have Di Fiore as boss. Capo Vincent Asaro was caught on tape badmouthing his leader on more than one occasion. “Now we have a fuckin’ scumbag, the new boss. Cheap scumbag . . . Some scumbag from Long Island,” Asaro said of the man who actually had promoted him to the rank of captain. 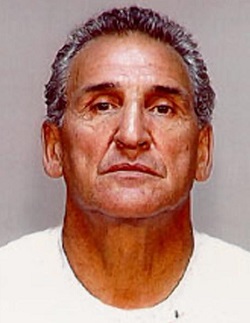 Asaro (right) was apparently pretty sour about Di Fiore’s supposed greed. Di Fiore was to get $4,000 from the first extortionate collection from an associate, but Asaro kept that money for himself. By June of 2013, when an additional $30,000 had been collected on the loan, Di Fiore took half of the proceeds, according to Asaro, and demanded another $2,000 from Asaro as payback for the $4,000.

In a recorded conversation with his cousin Asaro was absolutely flabbergasted about the situation. “I had a big fight with him the other day,” Asaro says. “We had $30,000 coming, he took $15,000 of it. I want to kill this motherfucker. We had $30,000 coming…me, Jackie and Jerry. All right? He says, well without us we wouldn’t have collected it. So we went for the money, gave me five, they gave him 15. He says, “You owe me two.” Forget about the four, I owed him another two. Alright? “I’m taking that two.” I said Tom, I ain’t got nothing, man. I said, you’re taking 15? “Yeah, without me,” he says, “you wouldn’t a got nothing.”

Wow. Let’s hope for Asaro that Di Fiore doesn’t follow in ‘Saint’ Massino’s footsteps and testifies against him in court. It could add to his problems considerably.

Di Fiore, meanwhile, is caught up in the same case as Asaro. Last week, both men together with three other Bonanno mobsters were arrested and charged with various counts of racketeering. Most of the charges, including one linked to the infamous 1978 Lufthansa heist immortalized in the movie Goodfellas, fall on Asaro’s plate. Asaro was close to “Jimmy the Gent” Burke, the Lucchese associate played by Robert DeNiro in Goodfellas, a relationship that is now, over thirty years later, costing him.

The only charges 70-year-old Tommy Di Fiore faces are two counts of racketeering. One being a count of extortionate collection of credit and another the count of conspiracy. For someone who is the current boss of the family the charges do not reflect his rank.

Standing before a judge on January 23, 2014, he pleaded not guilty. If no new charges are brought against Di Fiore his chances of getting back out on the streets in a short timespan are looking pretty good. But with turncoats everywhere it is no safe bet.

And when it comes to safe bets, the mob likes to control the odds as much as possible. No wonder then that Di Fiore eventually pleaded guilty to loansharking. On March 24, 2015, a judge sentenced him to 21 months in prison. This means that Di Fiore, now 71, will be back on the streets pretty soon.