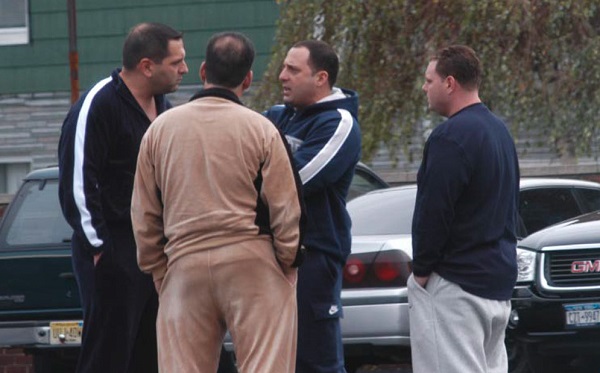 “Mobsters are known for lending large amounts of money at exorbitant rates to individuals who they know lack the financial means of paying off their loans,” said FBI Assistant Director-in-Charge William F. Sweeney. “They intentionally extort their victims over extended periods of time using threats of violence as a means of collecting their weekly payments. It’s one of the oldest tricks in the book for these crime families, and they’ve shown no inclination to stop harassing and intimidating communities in our area.”

Even while incarcerated for a prior federal conviction for racketeering and extortion conspiracy, 47-year-old Giallanzo kept watch over his illicit loansharking business, directing his associates to commit acts of violence to ensure that the customers paid the exorbitant weekly interest rate. At one point, he had lent over $3 million in extortionate loans to customers. The three men were arrested by the FBI in March 2017.

At his guilty plea, Giallanzo admitted to participating in the affairs of the Bonanno family by extending and collecting extortionate loans to five different victims and agreed to forfeit $1.25 million. As part of his agreement with the government, Giallanzo is also required to sell the Howard Beach mansion he constructed with loansharking proceeds while he was on supervised release stemming from his prior federal conviction.

46-year-old Palmaccio and 37-year-old Festa admitted to participating in the affairs of the Bonanno family by extending and collecting extortionate loans to several victims and each agreed to forfeit $500,000.