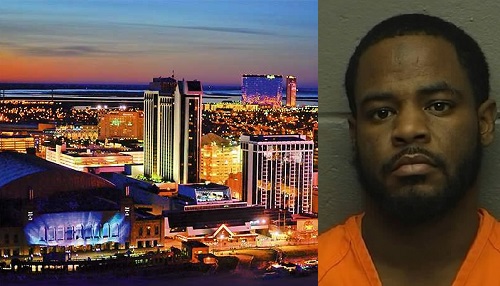 The leader of the Dirty Block street gang which controlled the illegal drug trade in Atlantic City, New Jersey, was sentenced to life in prison yesterday for drug conspiracy and weapons charges. 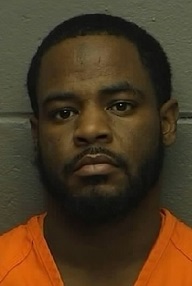 Mykal “Koose” Derry (right), of Atlantic City, was previously convicted of several drug charges including conspiracy to distribute one kilogram or more of heroin, and of using firearms to control and expand his drug business. 35-year-old Derry was convicted following a six-week trial.

During the trial, prosecutors presented evidence that Derry was the leader of the gang known as “Dirty Block,” a/k/a “Crime Fam,” “3.6.6.12,” or “3.6,” which operated in Atlantic City and controlled the lucrative drug trafficking area of the Stanley Holmes public housing complex, Brown’s Park, and the surrounding area.

The evidence showed that Derry and other members of the group routinely carried loaded handguns and engaged in at least eight drug related shootings between October 2010 and February 2013, including the shooting of a teenager on April 17, 2011, which left the teenager paralyzed. The trial testimony of a cooperating witness established that Derry had his cousin shoot the teenager because he was cooperating with police in an earlier case involving Derry and other drug associates’ assault of the teenager in October 2010.

Additional testimony established that Mykal Derry and his 24-year-old brother, Malik “Lik” Derry, planned and carried out the shooting murder of a rival drug dealer in Atlantic City on the evening of February 10, 2013. Mykal Derry told members of his gang that he wanted them to “put him down” when they saw him. Malik Derry shot the victim in the head from close range while riding a bicycle past him as the victim stood in front of an Atlantic City restaurant.

The murder weapon, a stolen .380 caliber semi-automatic handgun, was later recovered from the drop ceiling in an apartment located on Green Street in Atlantic City, which, at the time, was shared by Mykal Derry and his girlfriend, Kimberly Spellman (34). Atlantic City police detectives also found 18 “bricks” of heroin (approximately 900 individual packets of heroin) and drug packaging materials inside the apartment. The evidence presented by the government at trial consisted of recordings of hundreds of telephone calls and text messages between Mykal Derry and over twenty other members of the drug gang, physical evidence including the recovery of twenty firearms, ballistics evidence from shooting scenes, crime scene evidence from eight different shooting scenes in Atlantic City, recovery of substantial quantities of heroin and drug packaging materials, approximately $40,000 in drug proceeds, the testimony of dozens of FBI agents and Atlantic City police detectives, the testimony of ballistics experts, a narcotics expert, and the testimony of two cooperating witnesses who had previously pleaded guilty to federal drug trafficking offenses.

Malik Derry (right) still awaits sentencing after being convicted at trial of similar charges as his big brother.  Spellman previously pleaded guilty to a superseding information charging her with conspiracy to distribute heroin and awaits sentencing.

Get the latest news at Gangsters Inc. – Check out our news section.