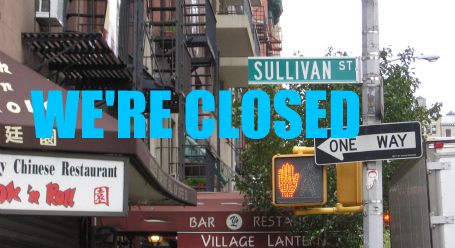 Based in Greenwich Village, the Triangle Social Club used to be the headquarters of the most powerful Mafia Family in the United States. But today, it has become the home of an organic, feel-good tea and spice store and has been renamed the Sullivan Street Tea & Spice Company. 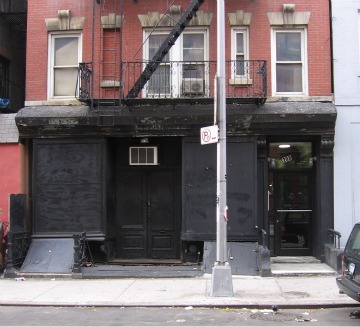 Some people joked that the secretive Genovese Crime Family had once again used a tactic to stay off the FBI’s radar by remodeling their meeting place into a store front that has nothing to do with the mob. The Genovese Family’s former boss Vincent “Chin” Gigante was indeed capable of such tricks to keep his criminal business a secret. He himself put on a crazy act for most of his adult life in order to stay out of prison. For several decades the Triangle Social Club was Gigante’s base of operations and general meeting place, where he would play cards and socialize with mob underlings.

But when the mob boss died in 2005 after having been in prison since 1997, the club finally lost its function. In October of 2006, I visited New York to see several of those famous mob hotspots myself. Of course I also stopped by the Triangle Social Club (see video below). The place still looked like it did on many photos I had seen in books, with its dark exterior and boarded up windows, everything about it screamed “members only”. In a recent photo made by Google Street View white graffiti can be seen on the boards that kept people from looking inside. It probably was a final sign that the Genovese Family had decided to sell the place. 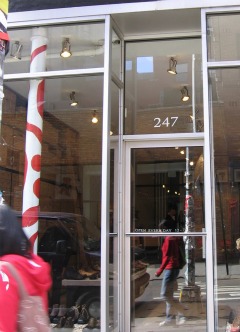 Social clubs have been a staple of the Italian-American Mafia. Places where mobsters got together to shoot the shit, play cards, plan schemes… and murders. Gambino Boss John Gotti Sr. was a big fan of the social clubs and wanted all the wiseguys in his crime family to show up at his Ravenite Social Club on Mulberry Street to pay him his respect. The only problem was that the FBI had by now found out about the clubs and had each and every one of them on 24-hour surveillance. Thanks to Gotti they were able to build a comprehensive photo portfolio of members of the Gambino Crime Family.

That is why Bonanno Boss Joseph Massino ordered all of his Family’s social clubs shut down. The mob was making it too easy for the Feds and had to take steps in order to regain their place in the shadows. After the Gambino Family was rocked by multiple indictments that saw boss Gotti Sr. sent to prison for life and underboss Salvatore Gravano turn government witness, there wasn’t any real use for the Ravenite either. It is now a shoe store with an exterior that tricks you into thinking it is a candy store. If only the Mafia had been that tricky, their clubs might still be open.