During the late 1970s the Bonanno Crime Family was ruled by Carmine Galante. Galante was a much feared mobster, who had secured his power by importing mob soldiers from Sicily. These soldiers were called "Zips" by the American mobsters. The zips were disliked by most American wiseguys. Galante and his zips had a heavy hand in heroin trafficking. Galante's drug dealing, combined with his hunger for power, is what sent him to the other world. He had alienated the other New York mob bosses, who also feared his growing power. When imprisoned Bonanno powerhouse Philip Rastelli set in motion a power play through Joseph Massino, he received the backing of the other New York mob bosses. On July 12, 1979 Carmine Galante was shot to death, his Sicilian bodyguards did not protect him, they had in fact betrayed him. With Galante out of the picture, Rastelli emerged as the new boss. 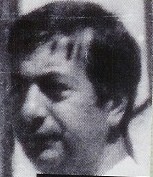 Rastelli however, was still in prison. He ran his Family through captains Joseph Massino and Dominick "Sonny Black" Napolitano (right). There were three Bonanno captains who weren't happy with this set up. They were Philip "Phil Lucky" Giaccone, Alphonse "Sonny Red" Indelicato, and Dominick "Big Trin" Trinchera. These men were planning to take over the Bonanno Family by killing Massino and Napolitano. Word of the plot reached Massino, who wanted to take action but word of the plot had also reached the Commission (the mob's ruling board) who told them there should be no bloodshed, at least until Rastelli got out of prison. Things quieted down but not for long, after a while the conflict started boiling again. This time Massino got support from bosses Paul Castellano and Carmine Persico, who told him to protect himself.

The Rastelli faction executed their plan, and enemies, on May 5, 1981, A meeting between the two factions was arranged at a mob social club in Brooklyn to try and smooth over the problems. Giaccone, Indelicato, and Trinchera arrived unarmed, but brought Frank Lino as back up. The three captains knew there was a possibility they might get killed, and told Lino and Alphonse Indelicato's son, Bruno, to retaliate if that should be the case.

When the three captains and Lino arrived they saw Joseph Massino, Joseph Zicarelli, Nicola DiStefano, Antonio Giordano, and Gerlando Sciascia. Four men were not visible, hiding inside closets in the room. When Sciascia ran his fingers through his hair the men burst out, weapons drawn, and "all hell broke loose." The men bursting out of the closet were Salvatore Vitale, who was Massino's brother in law, and three Canadian Mafiosi: Vito Rizzuto, Emanuele Ragusa, and a man only known as "the old timer." The three captains were slain in a hail of gunfire. Their supposed bodyguard Frank Lino had managed to flee. When the smoke cleared only Joseph Massino and Salvatore Vitale remained, all the other men had fled the scene.

After the murder of the three captains Massino (left) became the most powerful man in the Bonanno Crime Family. Sonny Black Napolitano posed a threat, but when it turned out one of his most trusted associates was really an undercover FBI agent his time was up. Using the name Donnie Brasco, FBI agent Joseph Pistone, had infiltrated the Colombo and Bonanno mob Families. Napolitano trusted him enough to give him a contract to murder Bruno Indelicato, and propose him for mob membership. Even when word got out Brasco was a fake, several mobsters refused to believe it. A few weeks after the coming out of Joseph Pistone Napolitano went missing. He knew he would get killed for his "fuck up" and decided he made his bed and now was gonna have to sleep in it (something few mobsters do.) He left his jewelry, and keys to his appartment with his girlfriend, and went to a meeting. His dead body was found August 12, 1982.

The soldier who brought "Donnie Brasco" into Napolitano's crew, Benjamin Ruggiero also knew he was on a death list, and was approached by the feds to join the side of the government, but still he refused. Ruggiero was sentenced to 20 years in prison, served 13, and died of natural causes in 1995. These were men you, despite their criminal deeds, could respect. This can't be said of the men who took the reigns of the Bonanno Crime Family.

Joseph Massino led the Bonanno Family back to the top. He chaired a 2000 Commission meeting, and even renamed the Bonanno Family the Massino Family, because he felt Joseph Bonanno had violated omerta when he wrote his autobiography. But when he was indicted in January 2003, and trusted friends were cooperating with authorities Massino knew he had fucked up somewhere along the line. His relatives would lose properties, and money if he didn't cooperate. He waited until after he was found guilty, probably praying for a miracle, working all angles, but eventually decided to cooperate.

Besides his racketeering trial Massino also faced the death penalty for ordering the murder of capo Gerlando Sciascia (right). Sciascia was present at the murder of the three captains but had fallen out of favor with Massino after accusing Anthony Graziano of drug abuse. Graziano was a close friend of Massino. Sciascia was the connection between the Bonanno Family's Montreal faction, and the New York mobsters. The Montreal faction was led by Vito Rizzuto, one of the shooters of the three captains, and had become richer and more powerful than the New York "faction." Massino admitted giving the order to kill Sciascia, when he started cooperating. He no longer faces the death penalty.

After a two year fight Vito Rizzuto (photo left) was extradited to New York to stand trial on charges of killing the three captains. If convicted he faced 20 years in prison. The case didn't go to trial though. Rizzuto pleaded guilty to a sweet deal made by his legal team, and was sentenced to 10 years in prison to be served in an American prison near the Canadian border. Rizzuto told the judge regarding the triple murder: "My job was to say, 'It's a hold up!' So everybody would stand still."

The murders of the three captains marked the beginning of Massino's era as leader of the Bonanno Crime Family. He rebuilt the Family from an outcast to a leading mob Family. Will he now end the suffering of the wounded Bonanno Crime Family? In the last words of Sonny Black Napolitano: "Hit me one more time, and make it good."