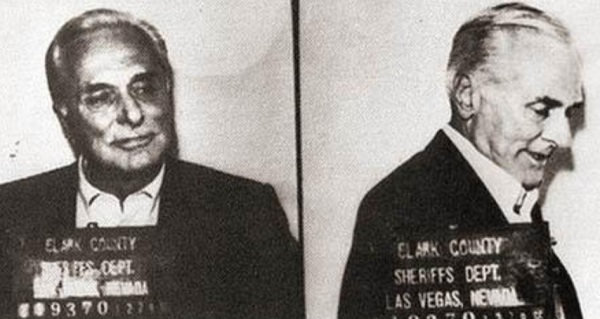 As night began to fall on the Florida's Keys, Mafia gangster Johnny Roselli (photo above) and his crew mates prepared for a midnight run to Cuba. Looking out from Port Mary, the encroaching darkness was a reminder of the ninety-mile expanse to Castro's world and all the dangers in between. This late evening voyage by Roselli, would become, if successful, the biggest hit for Roselli during a long career of taking lives. Roselli's mission was to invade Cuba under cover of darkness and murder notorious dictator Fidel Castro in cold blood.

They had no idea what awaited them except it would be full of risk, writes author Thomas Maier in his new published blockbuster book; Mafia Spies: The Inside Story of the CIA, Gangsters, JFK and Castro; Skyhorse Publishing, $25.95, on Amazon. Maier, a bestselling author and Television producer of the HBO hit series Masters of Sex, based his book on the never before released JFK Files. Mafia Spies is so juicy hot until it has been optioned for a movie by Warner Brothers.

Best-selling author Michael Connelly gave thumbs-up praise for Maier's book. "Just when you think you've read and heard everything there is to know about the CIA, JFK, and the mob, along comes Thomas Maier with this meticulously researched and nuanced report that sets the record straight in some area and break new ground in others. I found it gripping from page one." And, Connelly added, "The events reported changed history and gives us better understanding of current times."

"This story exposes a dark chapter in America's history, when the CIA teamed up with murderous Mafia hitmen in an ill-fated assassination plot,” says Shelly Murphy, co-author of the New York Times bestseller; Whitey Bulger: America's Most Wanted Gangster and the Manhunt That brought Him to Justice. 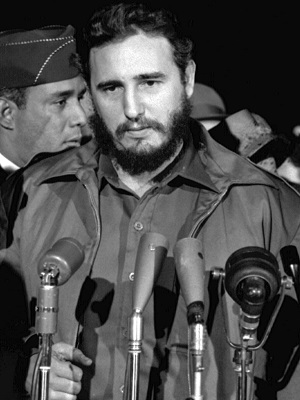 Among key points in Maier's nonfiction spy book the author highlights the close relationship between two of America's most powerful Mafia gangsters.

During 1960s' era Sam Giancana became Chicago's Mafia boss, a position he acquired through a combination of clever strategy and ruthless violence.

Both Giancana and Roselli, Maier wrote, "At the height of their careers, controlled a multi-million dollars Mafia empire unprecedented in the annals of American crime., arguably bigger than the five families of New York’s La Cosa Nostra combined.

So how two Mafia gangsters immersed themselves deeply into an asinine scheme to assassinate the legendary Cuban dictator Fidel Castro?

In Maier's book, the author recalls how the gangsters rejected $150,000 offer from the CIA to knock off Castro. Yet, instead, Giancana and Roselli, promised to kill Castro for free because they were also American patriots. Many insiders familiar with the plot believed the reason the Mafioso's agreed to kill Castro for the CIA for free because in a subtle way they expected to curry favors with the shady side of the U.S. government.

Aside from wanting to curry government favors the Mafia harbored their own personal beef with Castro because when Castro took control of Cuba in 1959, he shut down the Mafia's big-time money-making casinos in Havana including other crime syndicate operations.

Giancana and Roselli were surreptitiously handpicked by then-CIA Director Allen Dulles and Dulles's CIA underlings. CIA pegged Castro's Communist politics as a dire threat to the United States. Despite their offensive stance against Castro's politics the CIA wouldn't outright kill Castro themselves. Instead, Maier writes, "These Ivy League-educated spies and West Point trained colonels wanted Mafia figures to be recruited to kill Castro in a 'gangster-type action'; a bloody bullet-riddled mess that would be untraceable to the CIA and especially the White House.

CIA directive to kill Castro was originally given by then-president Dwight Eisenhower. Added into the murder plot, CIA joined forces with anti-Castro Cubans. Anti-Castro refugees were organized into a full-gear army whose mission was to invade Cuba at Bay of Pigs.

"The original 1960s Castro murder plot actually remained shrouded in unclassified documents for fifteen years, until Congressional hearings in the mid-1070s ripped the lid off the CIA's scheme to kill the Cuban leader," said Maier. 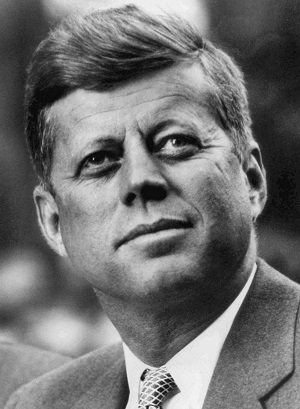 "But the recently declassified files about the 1963 assassination of President John F. Kennedy (left), released in batches by the National Archives in 2017-2018, were the biggest help for this book," Maier explained during interview with news media outlets.

Author Maier states that the plot to kill Castro marked America's first foray into the assassination business, but the assassination of Isodoku Yamamoto, the imperial Japanese admiral who planned the attack on Pearl Harbor, bore similarities to the attempt on Castro's life.

With a deadly alliance set in motion the CIA ingeniously developed James Bond-style spy gadgets. Similar to a scene straight out of a spy novel the CIA manage to create an explosive designed cigar to kill the stogie-loving Castro.

To reel Giancana and Roselli into the loop, CIA agents brought in a "cutout" private investigator and fixer identified as Robert Maheu. Maheu already had a well-known oddish type client: the reclusive Billionaire Howard Hughes.

Sprinkled throughout the book, Maier documented the titillating story of a three-way relationship between Giancana, Kennedy and, a sexy, beautiful woman named Judith Campbell. A party girl known to hang out in Las Vegas with iconic singer Frank Sinatra and the Rat Pack Crew, Campbell, according to Maier, had been romantically involved simultaneously with Mafia boss Giancana and President Kennedy. Sinatra introduced Campbell to Kennedy in 1960 when he was still senator.

Maier skillfully structures the 424-page book in short, focused chapters to able the reader to better understand each thread as it unfolds. Hoping to pull off the biggest kill of their life time by eliminating Castro, Giancana and Roselli worked closely with Santo "Sam" Trafficante Jr. (right) Law enforcement authorities described Trafficante among the most powerful Mafia bosses in organized crime. Santo controlled the Trafficante crime family operations in Florida and Cuba.

Trafficante, reportedly a billionaire gangster, wielded enormous power and influence across America by paying off politicians, judges, police officers and anyone in authority who had a price.

Johnny Roselli and Trafficante previously ran the casinos together in Cuba. To capitalize on their foreign business friendship, Roselli asked for Trafficante's help to introduce him to Anti-Castro individuals willing to assist to kill Castro.

As Maier recall this part of the story, he points out there was significant evidence that Trafficante was a double agent whose allegiance was beholden to Castro, not Mafia associates.

While sipping martini drinks with Roselli at a club in Florida, CIA Bill Haney voiced suspicion about Trafficante to Roselli. Previous failed attempts to kill Castro with Trafficante in the mix only fueled Haney's suspicion that something wasn't quite right.

On the flip side, Trafficante expressed skepticism about the CIA deadly plan. "I looked at Johnny and I thought he must be some kind of idiot to believe somebody could just go down there and kill Castro,” Trafficante later told his Mob Attorney Frank Ragano," writes Maier.

"The CIA had all this foolish talk about poisoning Castro; 'those crazy people,"' the Florida Mob boss said to Ragano.  Trafficante further told Ragano, as written in Mafia Spies, "They gave me some pills to kill Castro. I just flushed them down the toilet. They paid us a lot of money and nobody intended to do a damn thing."  Referring to the CIA's hefty payoffs, Trafficante deadpanned, "It was a real killing." Historian Arthur M. Schlesinger Jr. revealed the dynamics behind Trafficante and Castro's relationship. "Trafficante was Castro's outlet for illegal contraband in the country. Castro wanted the millions from the Mafia's narcotic revenues to prop up his own revolutionary government," Schlessinger revealed.

Although there's much smoke and mirrors in Mafia Spies but Author Maier couldn't bypass the notion to raise the irresistible questions of whether the whole Castro murder plot was somehow the trigger force behind President Kennedy's assassination: did Castro, enraged by the many attempts on his life seek revenge? Had the Mafia, expecting favors from the government, felt betrayed by the administration when JFK brother Attorney General Robert Kennedy relentlessly pursued the Mafia for criminal prosecution? And therefore, the burning question remain: did the Mafia decide to have Kennedy killed through Lee Harvey Oswald’s uncle identified as Charles Dutz Murrett who worked in the Mafia game under New Orleans Mafia crime boss Carlos Marcello. A PBS series showed how investigators uncovered the fact that shortly before Oswald allegedly shot Kennedy that Oswald visited his uncle Charles in New Orleans. 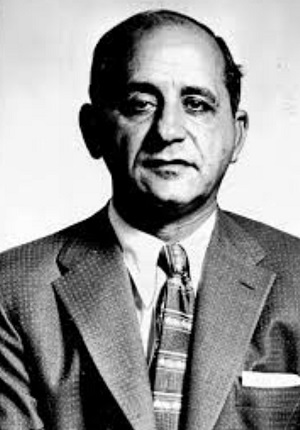 In June 1975, Mafia Spies recall how Sam Giancana (right), shortly before he was scheduled to testify before the Church Committee, a commission tasked to investigate the collusion between CIA and the Mafia's attempt to kill Fidel Castro--was shot to death by a gunman at his Illinois home, killing the infamous Mafioso instantly.

On April 23, 1976, in a separate hearing, the Committee hearing got underway to have Roselli testify about the conspiracy to kill President Kennedy. Three months passed after Roselli's first round of testimony was heard in relations to Kennedy assassination. Hoping to conclude the hearings the Committee recalled Roselli to re-testify. He was nowhere to be found.

On August 9, 1976, Roselli's body parts were found stuffed in a 55-gallon steel drum by a fisherman, floating in water at Dumbfounding Bay near Miami.

Frank Sinatra was never called to testify about his questionable relationship with the Mafia.

Trafficante testified before the Committee but the tone of his testimony was noticeably vague and evasive.

Maier writes, "After the death of Giancana and Roselli, Trafficante was often in the audience, as Giancana had been in the old days."

Fidel Castro's legacy ran its course. He outlived Eisenhower, JFK, CIA enemies, Mafia gangsters and other government officials involved with the plot to murder him with spy weapons. Castro remained in power in Cuba for decades. At age 90, on November 25, 2016, Fidel Castro, died peacefully at home. There was no exploding cigars or poison on Castro's nightstand.

Mafia Spies reads like a fictional thriller. Yet in all its splendid, sinister glory, and incredible details it's all true. Maier wrote a thoroughly researched book which turns back the time to examine the insidious connections between gangsters, world famous entertainers, politicians, sexy women with deadly secrets buried in their hearts, and CIA agents who conspired with underworld killers to assassinate Fidel Castro numerous times but failed.