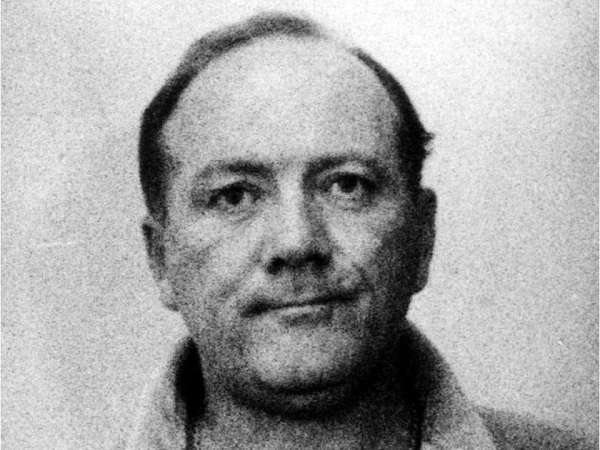 Allan “The Weasel” Ross was one of North America’s biggest drug bosses. He shipped weed and blow from Colombia to the United States, Canada, and even into Europe. As leader of the West End Gang, Montreal’s Irish mob, he oversaw a violent organization in partnership with the Italian Mafia and Hells Angels.

Like most criminal powerhouses, Ross too started out small. He dealt a bit of drugs and stole some things. One would qualify him either as the life of the party or a loser with no future, depending on your love of dope.

By the 1970s, Ross showed he was destined for more than just those two things. Thanks to international connections, he began moving serious amounts of narcotics, weed, hashish and cocaine mostly, first into Montreal and later into other parts of North America. One such contact was Jairo “El Mocho” Garcia, a Colombian who lived in Montreal in the 1980s. He was a major distributor for the Cali Cartel and a good friend of Ross.

Despite his successes in the criminal underworld, he received the less than honorable nickname “The Weasel” by his brothers-in-crime because, author D’Arcy O’Connor wrote in Montreal’s Irish Mafia, “of his ferret-like features and his ability to weasel out of being busted for many years. The RCMP and the Montreal drug and homicide squads had been trying to get hard evidence on him since 1976, as did the FBI and [DEA] in later years. He proved to be frustratingly elusive.”

As a member of Montreal’s West End gang, a combination of gangsters of Irish and Anglo descent, Ross held much sway in the Canadian city. The West End gang was one of three groups with a seat on the committee overseeing the region’s underworld – the other two being Montreal’s Italian Mafia and the Hells Angels. These groups pooled their resources and manpower when it came to enforcement work, like contract killings, and drug trafficking, setting a fixed price for narcotics dealt in the city.

The organization was run by Frank “Dunie” Ryan, a crime boss estimated to be worth up to $100 million. As a steady source of much of Montreal’s drugs, Ryan tended to thumb his nose at the Italians and bikers. Never a smart move. Other West End gang members sensed weakness and decided to capitalize.

On November 13, 1984, they lured Ryan to a hotel room where they tried to tie up the crime boss in hopes of interrogating him about the whereabouts of some of riches. During the subsequent struggle things took a different turn and Ryan was assassinated by a shotgun blast to the chest.

Ross was thrusted into the top spot and, together with the other West End gangsters loyal to Ryan, quickly avenged their slain leader. At the same time, Ross established his dominance by showing his deadly capabilities.

“A television packed with 30 pounds of explosives was delivered November 25, 1984 to a Montreal apartment where Paul April, the hit man believed to have been behind Ryan’s murder, was staying. The blast killed April and three other men and knocked a massive hole in the building on de Maisonneuve Blvd. W. According to court documents […] Ross ordered [the bombing] and paid for [it] by erasing huge cocaine debts that members of the now-defunct Laval chapter of the Hells Angels owed to the West End Gang,” journalist Paul Cherry writes in the Montreal Gazette.

In the years that follow, Ross’ influence only increased as he became one of North America’s premier drug traffickers. His cocaine flowed from Colombia into the United States and Canada. The West End gang had a crew operating in Florida to oversee distribution there. He even sent shipments as far away as Great Britain and The Netherlands.

Ross frequently used Bertram Gordon to fly drug loads across the various borders. Gordon hit a snag when he was arrested in Amsterdam, the Netherlands, on cocaine trafficking charges in February of 1989. Rather than do the time, Ross’ trusted pilot decided to cooperate with authorities and testify about Ross’ illicit business.

Armed with several other informants and countless wiretapped phone calls, prosecutors in Florida indicted the West End mob boss. His trial began on April 6, 1992. On May 15, Ross was found guilty of trafficking thousands of kilos of cocaine and marijuana and sentenced to life in prison.

If that wasn’t enough, prosecutors also convicted Ross in another case in which he was found guilty of conspiracy to traffic cocaine and conspiracy in the murder of David Singer, who had witnessed a murder committed by the West End gang. That conviction added 30 more years to his sentence.