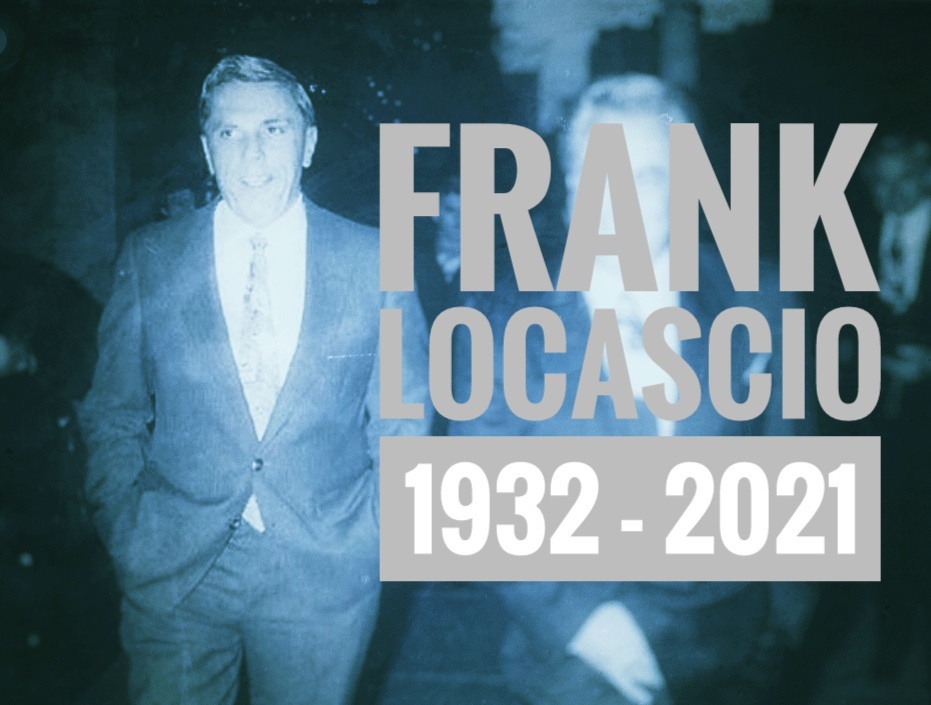 Gambino crime family consigliere Frank Locascio remained a loyal Mafioso until the end. That loyalty earned him a life sentence and praise from the man who ratted him out and helped put him there. Cosa Nostra is funny like that.

Locascio had been locked up since his arrest on December 11, 1990, when he was busted on racketeering charges along with his boss John Gotti Sr. and Gambino family underboss Salvatore Gravano.

See me at the Ravenite

Gotti wanted to emphasize his importance by making his underlings show up at his headquarters, the Ravenite social club in Manhattan’s Little Italy, at least once a week. Who cared if the FBI was watching, he said. What was wrong with friends meeting each other?

So, Locascio and Gravano dutifully spent five evenings each week at the Ravenite, drinking espressos and discussing business. Until the evening of December 11, 1990. Locascio arrived around five o’clock that day, accompanied by a bodyguard. Gravano arrived an hour later with capo Louis Vallario. Then, one hour after that, the boss himself arrived in his black Mercedes driven by Jackie D’Amico.

Then the FBI pounced. “FBI! You know why we’re here! We’re here for John, Sammy, and Frankie,” FBI agent George Gabriel yelled. Gotti walked towards him with his hands forward, welcoming the handcuffs. “I knew you were coming tonight,” Gotti said.

“At least you and Frankie dressed up for it, but you forgot to tell Sammy,” Gabriel joked.

Born on September 24, 1932, Locascio was made an official member of the Gambino crime family in the 1950s. Involved in typical mob crimes such as gambling and loansharking, he proved a good earner and was moved up to the rank of capo of a crew operating in the Bronx.

When John Gotti seized power by brazenly hitting Gambino family boss Paul Castellano and his underboss Thomas Bilotti in the week before Christmas 1985 there were a lot of new openings and shifting alliances. Those who were loyal to Gotti were rewarded. Locascio was one of them.

Two years after becoming boss, Gotti needed a new underboss to replace Joseph “Piney” Armone, who was looking at spending the rest of his life in prison. Locascio was named acting underboss and, as Gotti moves his pawns, is later named acting consigliere.

A bug and some mob chit chat

The Gotti years are a rollercoaster ride compared to the previous years under Carlo Gambino and Paul Castellano. The feds are turning up the heat and Gotti is not one to back down. The outcome is inevitable.

After being arrested, Gotti, Gravano, and Locascio are housed at the Metropolitan Correctional Center (MCC) as they await trial. The trio is confronted with the mountain of evidence the prosecution has collected. Chief among them Gotti’s own words. A bug caught them discussing extremely sensitive business. It also caught Gotti badmouthing Gravano and other mobsters.

Locascio is present during most of these conversations, but hardly said a word. While Gotti raged about other mobsters, perceived acts of disrespect, and street gossip, Locascio would offer words of agreement or encouragement.

In one instance, Gotti shares his paranoid thoughts about his captains. “They break my fucking heart,” Gotti said. “Who the fuck wants to be up here? We got nothin’ but troubles. I got cases coming up. I got nothin’ but fuckin’ trouble. I don’t feel good. What the fuck, am I nuts here? If I go to jail, they’d be happy. ‘Minchia, we finally got rid of him. Hah! I’m getting sick myself, Frank, sick.”

“You gotta get it out,” Locascio answers to soothe his boss. During each conversation Locascio let his boss vent and sometimes tries to calm him down before he makes a deadly decision.

But Gotti was also caught on tape complaining about Gravano and even linking him to several murders, claiming he (Gotti) only ordered them based on Gravano’s comments.

When Gravano heard these taped conversations, they were the push he needed to flip and become a government witness. It was a huge coup for the feds to flip such a high-ranking Mafioso. To use him to bring down their biggest nemesis was the cherry on top.

Between the bug filled with Gotti’s words and Gravano’s testimony Gotti and Locascio didn’t stand a chance. Both men were convicted on racketeering charges and sentenced to life in prison in 1992.

At his sentencing hearing, Locascio decided to become the poster boy for omerta, the mob’s code of silence, by stating: “First, I would like to say emphatically that I am innocent... I am guilty though. I am guilty of being a good friend of John Gotti. And if there were more men like John Gotti on this earth, we would have a better country.”

Locascio then went into the system and served his time. He was respected by all as a standup man. Fellow mobsters who were imprisoned in the same facility would take pictures with him. He was revered both behind bars and on the streets, but he wasn’t free.

His former pal-turned-enemy Salvatore “Sammy the Bull” Gravano meanwhile was out and about making podcasts and vlogs and appearing in various documentaries about “the life”. Now branded a rat and snitch, Gravano was working hard to get back some of his street cred.

In February of 2020, Locascio made a filing in Brooklyn federal court to overturn his conviction for the murder of wiseguy Louis DiBono in 1990 in a World Trade Center parking garage. Included in the filing is a statement by none other than Gravano, who states: “Frank Locascio had no role in the planning of, nor did he participate in any way in the murder or conspiracy to murder Louis DiBono.”

Despite the kind words from Gravano, the play failed and Locascio remained locked up. He tested positive for COVID-19 as 2020 came to a close, but managed to beat that nasty bug. His old age was catching up though. Various medical complications proved too much for his body to handle.

In response to news of his death, Gravano, the man whose testimony landed Locascio in prison for life, shared a message on his social media:

“Frank Locascio, true Cosa Nostra til the day you died… This news truly broke my heart.. I’ve come across many men in my walk of life, but you will forever be someone I keep close to my heart. You will be remembered as a true man of integrity.. my deepest condolences to your Family. They say the people we love never truly go away – they will be by our side every day. Rest Easy Brother you are free now.”

I guess the saying is true: “It’s not personal. It’s strictly business.”