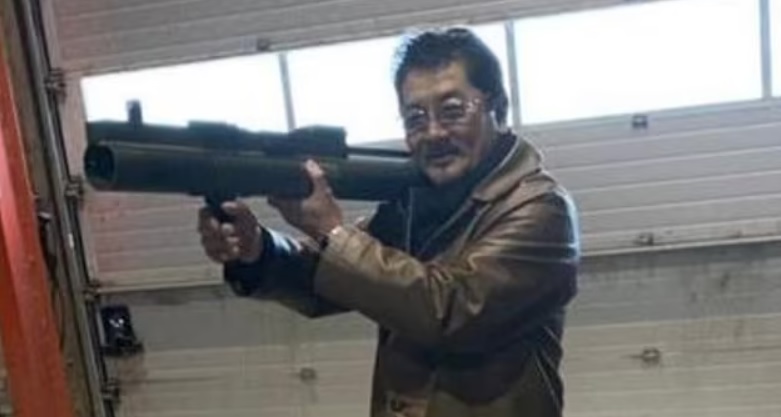 An alleged Yakuza boss was arrested by U.S. authorities on Monday after he was caught up in a sting operation by the DEA. 57-year-old Takeshi Ebisawa (photo above) plotted to ship heroin and meth into New York and wanted to acquire surface-to-air missiles for associates in war-torn regions like Myanmar.

Prosecutors called Ebisawa the leader of an international smuggling network led by the Yakuza, Japan’s homegrown Mafia, and a “big player” in arms and drug trafficking.

He came under DEA surveillance in 2019. Undercover agents were sent to Japan and Thailand for meetings with the alleged Yakuza boss and his associates. In these meetings, the undercover DEA agents enticed the Yakuza with stories about serious weaponry – such as surface-to-air missiles - stolen from American bases in Afghanistan.

Would Ebisawa be interested in such weapons? He allegedly was and even had a buyer lined up. Shan State Army and Karen National Union, two militias in war-torn Myanmar, offered to pay for the American-made arms with narcotics – 500 kilograms of meth and 500 kilograms of heroin.

The shipment was destined for New York where it would be distributed.

Ebisawa and several others were arrested on Monday and Tuesday. They were hit with drug charges and conspiracy to acquire, transfer and possess surface-to-air missiles. Ebisawa faces an additional charge of money laundering.

Organized crime is an international octopus, but the DEA is too. Its agents operate globally and have bagged several international kingpins who thought they operated above the law and on safe ground. If you are a big player, chances are there is a target on your back. Somewhere some folks have placed your name on a list and they are eager to build their careers on it.