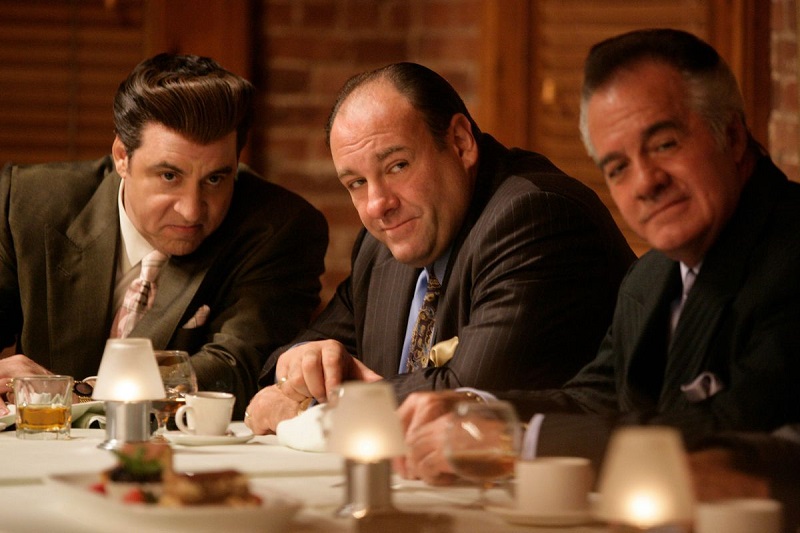 It hit us like a bullet to the head. When our screens turned to black in the middle of a scene showing lovable but deadly Mafia boss Tony Soprano it felt like someone literally pulled the plug. What happened? David Chase, the creator of The Sopranos, finally revealed what ending he had in mind for the New Jersey mob boss.

In an interview with the ‘Awards Chatter’ Podcast, 76-year-old Chase discusses not just The Sopranos, but also the prequel movie The Many Saints of Newark, his own childhood growing up in Essex County, New Jersey, and the real life people that served as inspiration for his Mafia series. For those hoping Chase had an actual Uncle Junior who was a leading figure in the New Jersey La Cosa Nostra family, reality wasn’t as exiting. Chase: “I had one cousin by marriage who was “connected,” as we say. There were kids in my school whose parents were connected. And I don’t know, if you live around there, you just can’t escape it, somehow.”

There was his paternal grandfather, Joseph Fusco, who once made a grisly confession. “I don’t believe that he was connected to the Mafia. But he had an apple farm, and I was sent up there for a couple of weeks in the summer, and we used to sit out on the porch at night after dinner, which he made. And he told me one night that he had murdered a guy in Buffalo, but ‘it didn’t matter because the guy was from Rome.’ Wasn’t a Paisan. But I was just at a reunion with my cousin, and she said, ‘No, it was at his bar,’ which he did have a bar, in Pittsburgh, ‘where he killed a guy.’ So I don’t know.” 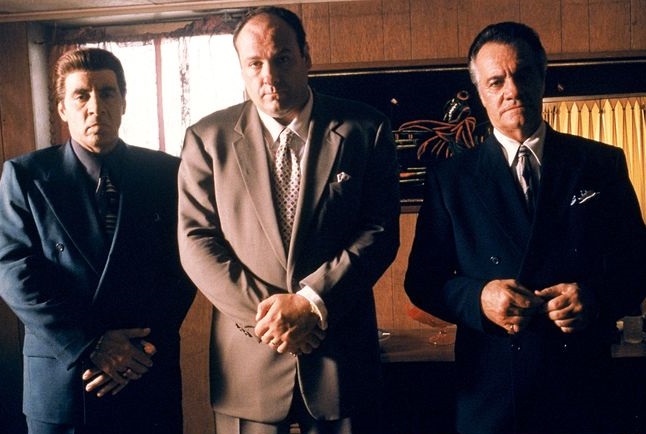 When it comes to names, however, reality is a lot closer to fiction. He named Doctor Melfi after his grandmother Teresa Melfi.  Chase: “[She] was a really sweet woman. I was very fond of her.”

And then there was a kid named Soprano… Toby Soprano to be exact. Who was a cousin of Chase’s father’s business partner. “But I don’t know that Toby was connected,” Chase clarifies. “He might have been, I don’t know. He had a Cadillac.”

“If he doesn’t kill that guy, the show’s over”

After finally getting the green light to create The Sopranos for HBO, Chase is destined to change the world of television forever. Starting in 1999, the series breaks all the rules for the medium and ushers in a creative explosion that continues to this day.

This meant Chase had some trouble at times, getting people to accept his vision. “By the time we got to the fifth episode, the first time Tony killed somebody, I got a call from Chris Albrecht, who ran HBO, screaming about, ‘How could you do this?! You’ve created one of the most dynamic characters of the past 20 years, and you’re just going to ruin him. You’re going to kill him right now because he kills that guy!’ And I said, ‘Well, then don’t air it.’ And he went nuts. I wasn’t trying to be a smartass. And I said ‘Chris, he’s a captain of a crew, and he comes upon a guy who was a rat. If he doesn’t kill that guy, the show’s over.’ And he said, ‘OK, OK, OK.’ But he made me make some small little side thing, that the rat was also selling drugs to kids in high school.”

In 2007, after 86 episodes, the series came to an, what many felt to be, abrupt end. In the interview, Chase finally sheds some light on his reasoning for this ending, which at the time proved pretty controversial.

Chase: “Because the scene I had in my mind was not that scene. Nor did I think of cutting to black. I had a scene in which Tony comes back from a meeting in New York in his car. At the beginning of every show, he came from New York into New Jersey, and the last scene could be him coming from New Jersey back into New York for a meeting at which he was going to be killed.” But then he was driving on Ocean Park Boulevard near the airport and saw a little restaurant. Chase: “It was kind of like a shack that served breakfast. And for some reason I thought, ‘Tony should get it in a place like that.’ Why? I don’t know. That was, like, two years before.”

Either way, as you can read, Tony dies. The black screen is indeed a, perhaps figurative, bullet to the head.

“They wanted to know that Tony was killed”

After viewers realized their television sets and cable systems were working properly and this was indeed the ending, the internet exploded, as the kids say. “Nobody said anything about the episode. No, it was all about the ending. I had no idea it would cause that much — I mean, I forget what was going on in Iraq or someplace; London had been bombed! Nobody was talking about that; they were talking about The Sopranos. It was kind of incredible to me. But I had no idea it would be that much of an uproar. And was it annoying? What was annoying was how many people wanted to see Tony killed. That bothered me.”

We needed closure. “They wanted to know that Tony was killed. They wanted to see him go face-down in linguini, you know? And I just thought, ‘God, you watched this guy for seven years and I know he’s a criminal. But don’t tell me you don’t love him in some way, don’t tell me you’re not on his side in some way. And now you want to see him killed? You want justice done? You’re a criminal after watching this shit for seven years.’ That bothered me, yeah.”

Read the entire interview at The Hollywood Reporter.