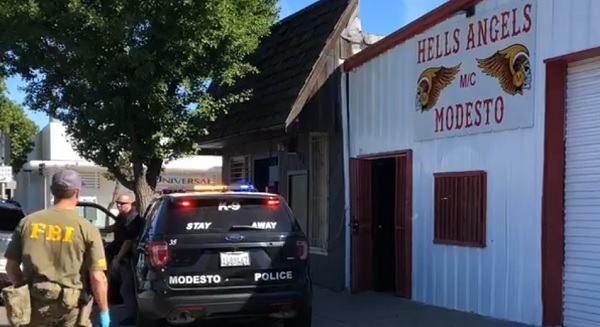 The vice president of the Modesto chapter of the Hells Angels Outlaw Motorcycle Club pleaded guilty to drug charges on Friday. 33-year-old Michael Shafer admitted to conspiracy charges involving the distribution of heroin and marijuana.

As part of a years-long investigation into the Hells Angels by the FBI, ATF, IRS, the Police Departments of both Modesto and Turlock, the Stanislaus County District Attorney’s Office, the California Department of Corrections and Rehabilitation, and the California Highway Patrol, authorities obtained a wiretap for Shafer’s phone.

The wiretapped calls and messages showed that Shafer was conspiring to distribute marijuana and heroin. Specifically, in April 2019, he conspired with a former Hells Angels member who was incarcerated in Pleasant Valley State Prison to smuggle heroin into the penitentiary.