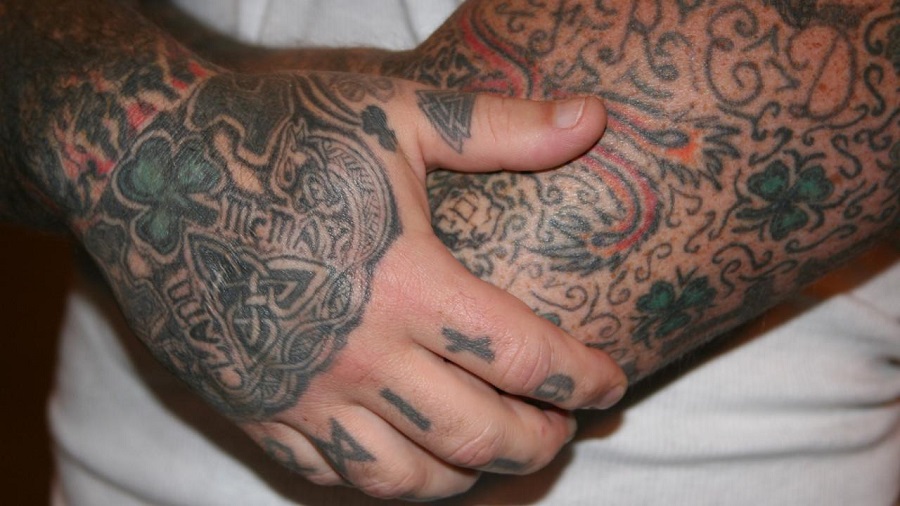 A multi-year investigation into the Universal Aryan Brotherhood prison gang has resulted in 69 members and associates being convicted across multiple state and federal cases. The gang is primarily run from inside Oklahoma prisons.

Last month, the investigation culminated in the sentencing of Chance “Wolfhead” Alan Wilson, who was the leader of the Universal Aryan Brotherhood (UAB). Already serving a state sentence of 15 years in the Oklahoma State Penitentiary for murder, Wilson was sentenced to serve an additional 30 years in federal prison in December after being found to be primarily responsible for the distribution of hundreds of kilograms of methamphetamine and other drugs over many years.

Staying connected to the outside world

Wilson and other UAB members relied on a network of individuals operating outside of prison to handle the distribution of the methamphetamine. Over the course of this investigation, federal, state and local law enforcement identified and targeted these individuals and the drug houses they ran on Wilson’s behalf. Wilson ran the operation from inside prison using contraband cell phones.

Dope, guns, and cash on the table

In the end, 69 individuals associated with the UABs operations have been charged and convicted, in both state and federal court. Law enforcement seized 62 firearms, over 300 pounds of methamphetamine and more than $400,000 in drug proceeds.

Collectively, the individuals charged federally have been sentenced to 418 years in custody of the Federal Bureau of Prisons and 216 years of supervised release. Crimes for which the defendants were convicted include drug trafficking, drug conspiracy, money laundering, maintaining drug premises and illegal firearms possession.