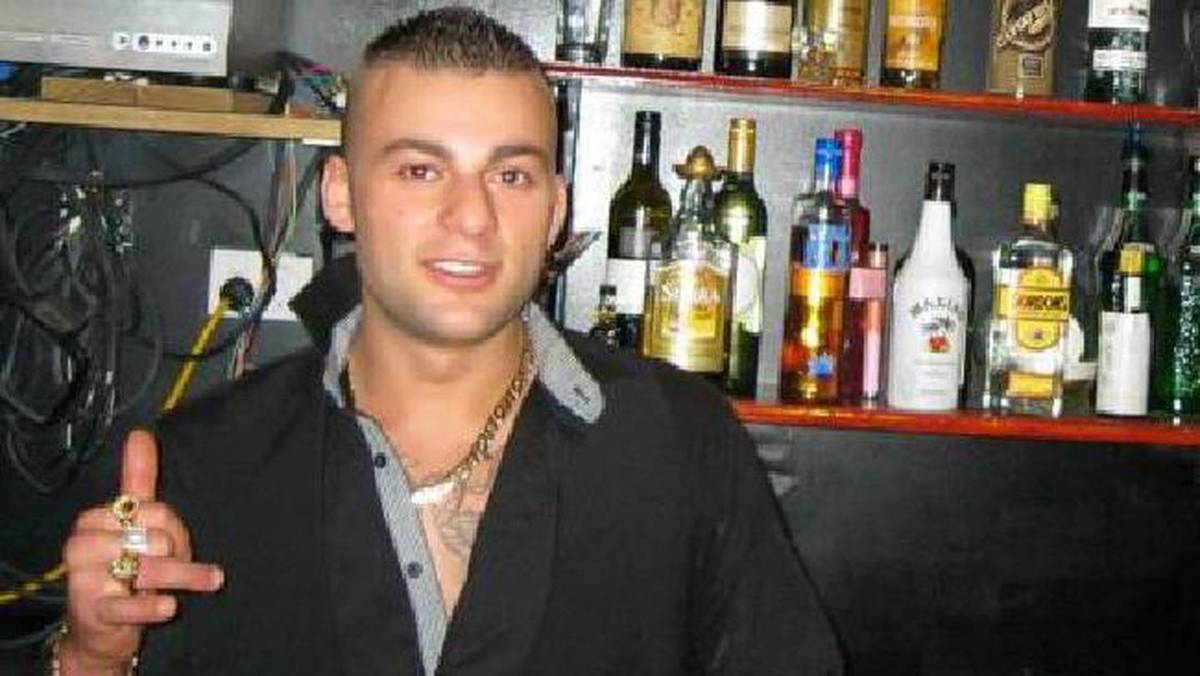 The city of Pattaya in Thailand offers sandy beaches and a clear blue ocean, making it one of the country’s biggest tourist attractions. Its shady nightlife filled with go-go bars, massage parlors, and prostitution, however, attracts a different type of tourist. One that rocks the Thai city with drug trafficking, biker brawls, shootings, and murder.

Located around 90 miles southeast of Bangkok, Pattaya first gained its reputation as a party town during the Vietnam War when it was used as an R&R destination for U.S. servicemen stationed at a nearby former USAF base at U-Tapao. In the decades that followed, the soldiers disappeared, but the nightlife remained.

A nightlife filled with sex – any kind for any price. Cheap motels with hourly rates, sex shows, shady bars and massage parlors were available to visit alone, with friends or with one of thousands of prostitutes (both male and female) who worked on Walking Street, Pattaya’s red-light district.

Pattaya’s loose morals made those with a dark side feel at home there. Criminals and gangsters from around the world flocked to the city and the surrounding area. In particular, notorious figures from the West, mainly Europe and Australia.

Like Dutch crime boss John Mieremet (right), who had come to the Thai city to escape a gang war in his home city of Amsterdam. Together with partner-in-crime Sam Klepper, another Dutch crime boss, he earned a reputation for violence and murder. As long as he was the one doing the killing all was well, but in the early 2000s the odds were no longer in his favor.

He hoped hitmen wouldn’t follow him to Thailand as he went about turning his millions earned through armed robberies, drug trafficking and extortion into a real estate empire.

On November 2, 2005, Mieremet was hard at work at his office when a man wearing a helmet entered and fired several shots at him. Bullets hit Mieremet in the head and body. The gunman then fled the scene. Leaving 44-year-old Mieremet to die in a puddle of his own blood.

The Russian Mafia also arrived in Pattaya. Many of its members on the run from charges in Russia or Europe, wanted by Interpol, found a safe haven in Thailand. Well, and perhaps a way to continue doing business as usual.

In March of 2017, four alleged members of the Russian Mafia were among 14 foreigners arrested in an anti-crime sweep, most of them were apprehended in Pattaya. Sergei Mareev, Aleksandr Danilov, Mikhail Kriventstov, and Anton Filippov were all wanted by either the Russian government or Interpol.

Danilov was wanted by Interpol on drug charges. Mareev and Kriventstov were found to have made frequent trips across the border from Thailand into Laos, a country known for producing narcotics. Though there was no hard evidence in this case – the men were arrested for overstaying their visa – it is quite possible these men were traveling to Laos for more than just a tourist visit.

Sitting between Laos and Myanmar, another region known for its drug production – and some horrific other things as well – Thailand functions as a gateway for all sorts of drugs. Or, as Police Lieutenant General Sommai Kongwisaisuk, head of the Narcotic Suppression Bureau in Thailand, told ABC: “It's a picture of a superhighway.”

No one loves highways more than an outlaw biker. Revving up the engine of his motorcycle as the wind goes through his hair and his vest signals to all fellow travelers that he is not to be fucked with. Several outlaw motorcycle clubs have established chapters or charters in Thailand. Among them the infamous Hells Angels. 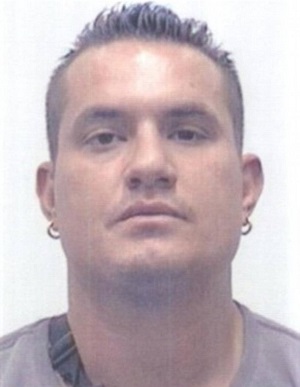 The Hells Angels arrived in Thailand in 2012 and established their Pattaya charter in 2016. Australian national Wayne Schneider (right) was a senior member of the Hells Angels in Sydney, part of its City Crew chapter, when he decided to settle in Pattaya, Thailand.

Schneider was on a watch list for drugs and money laundering back home in Australia. He had fled Australia in February of 2012, after police busted two clandestine methamphetamine labs in the Sydney suburbs. Authorities suspected he was continuing his drug business in Pattaya.

He rented a villa in Pattaya where he lived with fellow biker Amad Malkoun.

Malkoun was a former president of the Comanchero motorcycle club, a fierce rival of the Hells Angels. But this rivalry had no place in the temporary household of Schneider and Malkoun. both men were in Pattaya for business. Like Schneider, Malkoun was involved in the drug underworld as well. He was convicted in 2009 of trafficking heroin and was a suspect in various other criminal dealings.

Plan and plot as they might, though, things never tend to go as planned.

On November 30, 2015, Schneider was abducted outside his villa in Pattaya by five masked men. His dead body was found a few days later in a roadside grave around 18 miles from his home.

“There was a two-inch cut at the eyebrow and a broken neck on the body we found... so he might have been beaten up by a group and that caused the broken neck,” Pattaya superintendent Sukthat Poompanmuang said.

The day before he was abducted, Schneider was seen having a drink with Antonio Bagnato. It was said the two men had a dispute and that Bagnato then arranged for his kidnapping and subsequent beating that cost Schneider his life.

Bagnato was later found guilty of murder, kidnapping and disposing of Schneider’s body. He was facing the death penalty, but on appeal the ruling was overturned and downgraded.

Still, things weren’t over for Bagnato. Like so many others, he had come to Pattaya to evade justice in his home country. Back down under, authorities wanted Bagnato on murder charges. Thailand was glad to get rid of him. 33-year-old Bagnato was extradited to Australia on July 23, 2022, to face charges in connection to the 2014 fatal stabbing and shooting of 25-year-old Bradley Dillon. A Thai court had also found American Tyler Gerrard guilty of involvement in the kidnapping. According to the Bangkok Post: “Tyler Gerard provided "useful information" during an "intense" interrogation session that followed his arrival at Pattaya City Police Station on Wednesday night from Sa Kaeo province, where he was apprehended trying to enter Cambodia, a police source said.”

Though this brought an end to a particular bloody chapter in Pattaya’s history, the violent story of the Hells Angels in Pattaya was far from over. One of the charter’s founding members was Thai national Thaksin “Sin” Monthonthaksin, a self-proclaimed close friend of deceased Wayne Schneider. As the club’s sergeant-at-arms, he found himself surrounded by brothers from all over the world. The Pattaya charter had Thai members as well as bikers from Australia, Europe, and Canada.

After Monthonthaksin introduced a Thai man he wanted as a new prospective member to the Pattaya charter, he was turned down by the Australian members of the branch. This angered the sergeant-at-arms and he began telling his Australian brothers what he had on his mind.

Things quickly escalated and Monthonthaksin was kicked out of the club. A statement by the Hells Angels in Pattaya read: “Both Thai and foreign members unanimously voted the now ex-sergeant-at-arms out of the club following numerous infractions of the rules — a decision the biker wasn't willing to accept.” The statement continues: “After the ex-sergeant-at-arms was voted out he arrived at a members' meeting carrying a baseball bat making threats to those attending and calling out several Australian members of the chapter.”

A fight then erupted in front of the clubhouse on March 7, 2017. How things went down exactly depends on who you believe: Monthonthaksin or the Hells Angels Pattaya charter.

According to the Hells Angels, the fight was between Monthonthaksin and an Australian member who lives in Bangkok [named Glen Norris]. “The fight was a one-on-one, fists only and witnessed by over 20 both Thai and foreign people, who saw the ex-sergeant-at-arms take a fair beating and felt the matter was now closed.”

According to Monthonthaksin, he was lured to the clubhouse and was attacked by the Hells Angels that were present. Three Australian Hells Angels members joined in on the attack. He singled them out to ABC, claiming they were Glen Norris, Dan Stalley and Matthew Robinson.

“I would like to ask the Australian Consulate to push these people out, please,” Monthonthaksin told ABC. “They're dangerous… if we ignore them, they can create violent situations.”

Police were evidently listening. In December of 2017, police arrested four foreign members of the Hells Angels in Pattaya after raiding five luxury houses in tambon Nong Prue of Bang Lamung district. Among the four were three Australians and one Canadian. They were charged with several criminal offences, and after serving their sentence were scheduled to be deported and barred from entering Thailand ever again.

“Some members of the Hells Angels gang were disguised as tourists and threatened national security as they were involved in extortion, money laundering, illicit drugs and human trafficking,” Pol Maj Gen Surachet Hakpal, acting deputy commissioner of tourist police, said. “They were the same group of people involved in the murder and secret burial of an Australian two years ago.”

This statement gives insight into the murder of Schneider. Police apparently believe it was ordered or okayed by members of the Pattaya Hells Angels.

Despite police cracking down hard on the outlaw bikers operating in Pattaya, incidents continued happening. On April 19, 2022, four men opened fire at the Harley Davidson Pattaya motorbike shop before speeding away on motorcycles. Authorities claimed the shooting was ordered by the Hells Angels over a business conflict.

Joshua George Hurley was caught on May 5. Last week, Thai police arrested Anthony George Leoga in this case, while he attempted to jump across the border in Sa Kaeo province. The other two men are considered fugitives.

The world is a small place and gangsters love traveling when they can’t stand the heat in their own kitchen. Why not start anew some place sunny? Somewhere no one knows your name and face. Or your criminal history. Where you can fly under the radar.

Until, of course, you run into the exact same problems you were running away from.