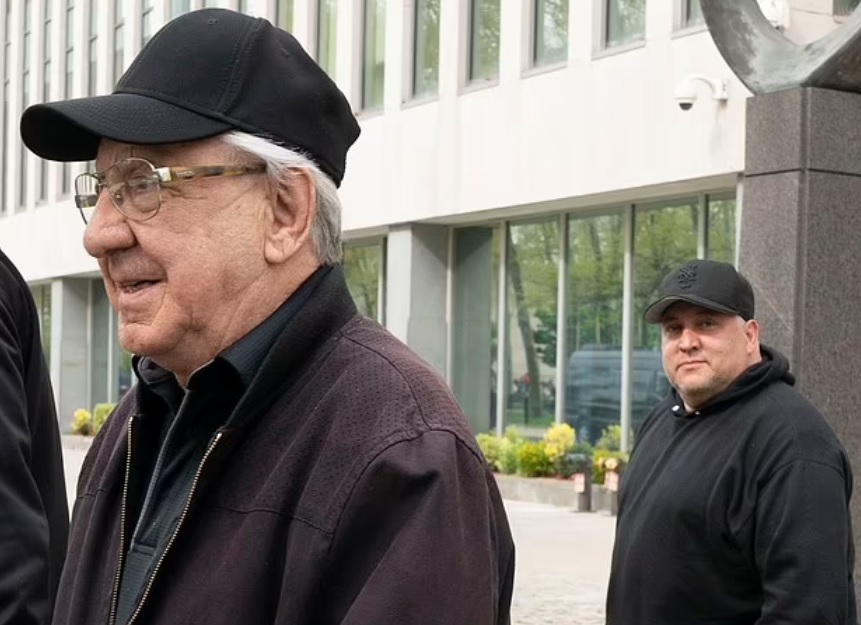 It’s no secret that the underworld and Hollywood have a longtime love affair. Filmmakers love gangsters and gangsters love movies about their exploits. Some even try to become an actor. But it is not every day that you see an actor get involved in the gritty gangland stuff. Enter Genovese crime family capo Anthony “Rom” Romanello and indie film actor Luan Bexheti. Both men were caught up in an extortion bust on Tuesday.

Bexheti is the odd man out in this indictment. As an actor he is not usually involved in real crimes, only the fictional kind. Born in Macedonia in 1972 to Albanian parents, he came to the United States in 1995 and studied at the Lee Strasberg Theatre Institute in New York. 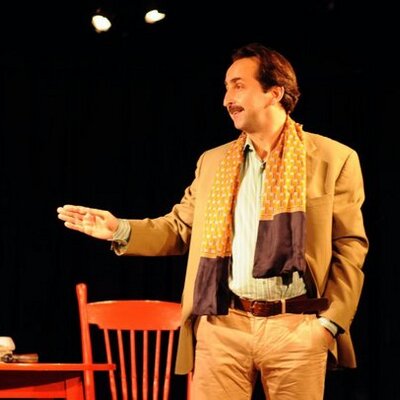 According to renowned movie website imdb, Bexheti (right) “has worked in 41 independent films, 12 commercials and 29 plays. He has also worked with Michael Moore on a show called Michael Moore Live. He had the main role in "Maree", a film that was shot in Venice, Italy and has been screened at 96 different film festivals around the world so far. Luan collected a "special mention" award for his acting at the Berlin Film Festival (Berlinale 2004).”

In 2018, he starred as The Waterbug in the critically acclaimed film “Albanian Gangster” directed by Matthew A. Brown. At that time, Gangsters Inc. interviewed Brown about making this film. The movie was praised for its realism, much of which came from its leading actor John Rezaj, an Albanian who grew up on the mean streets of New York and served time in prison.

Since participating in that film, Bexheti has only one other project listed on his imdb sheet. Not exactly a steady income.

Prosecutors allege that Bexheti worked as a bookmaker to make the kind of money his acting career did not provide him with. In 2017, he loaned money to the owner of an Italian restaurant. But at some point, the man refused to pay back his debt.

That is when Bexheti allegedly enlisted the help of Genovese family mobsters Anthony “Rom” Romanello and Joseph Celso in collecting the money. Prosecutors claim Bexheti is an associate of New York’s Genovese crime family.

At 84 years old, Romanello should probably have been doing other things with his life then getting involved in, alleged, crimes. But he is who he is. A capo in the Genovese family. And someone who is used to getting debtors to pay what they owe.

In 2006, he was charged with extorting the owner of a bakery and ultimately convicted of conspiring to obstruct justice by tampering with a witness. In 2012, he pleaded guilty to racketeering, extortion and gambling charges. One charge involved Romanello conspiring to intimidate a debtor in 1990.

Romanello has been at this game for a long time and, allegedly, is in no hurry to retire or take it easy. When he confronted the debtor in this case, he “allegedly punched the restaurateur in the face to convince him to pay up,” a law enforcement source told the New York Post.

Not that the elderly wiseguy needed it, but he was backed up by 49-year-old Joseph Celso, who allegedly is a soldier in the Genovese family. He, too, has a notorious past. He was charged in the 1991 murder of 19-year-old Dominican Queens College student Manuel Mayi, who was beaten to death by an angry mob of almost a dozen people after they chased him for sixteen blocks. His crime? They saw him allegedly spraying graffiti in Corona. 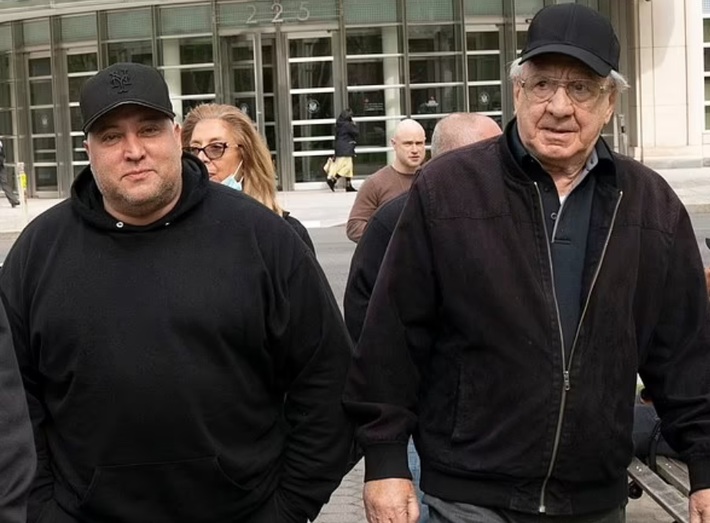 Celso was the only one charged in the murder, but was acquitted after the main witness against him left the country and did not testify at his 1993 trial.

Exactly how and why a lowly Albanian mob associate could ask a made man and a Mafia captain to collect a debt he was owed, remains unclear. The New York Post bases its story on an anonymous law enforcement source. If true then the motive can probably be found in money. Greed has always been the engine that keeps Cosa Nostra and its octogenarian members running.

All men charged in this case pleaded not guilty.

Actor from The Sopranos busted for extortion 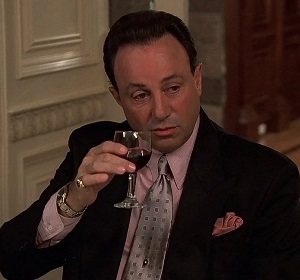 Though unusual, this isn’t the first case involving an actor known for playing gangster roles making his debut in the real world of organized crime. Gangsters Inc. listed several examples in this article.

In 2011, actor Tony Darrow, real name Anthony Borgese (right), known for his bit part in “Goodfellas”, as the owner about whom Ray Liotta’s voice-over said: “Fuck you! Pay me!”, and his role as Larry Boy Barese in The Sopranos, pleaded guilty to extortion conspiracy.

Borgese was asked by a friend to help collect the debt. Several Gambino family mobsters then lend a helping hand and beat up the extortion victim causing a broken jaw and broken rib.

When it comes to Hollywood and the underworld there is an attraction that can only be described as devastating.