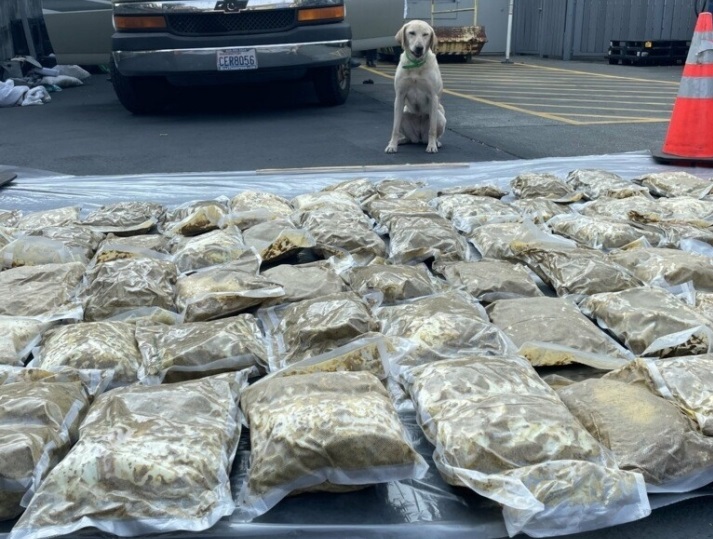 Three significant drug trafficking groups responsible for trafficking more than 1,000 pounds of methamphetamine and hundreds of thousands of fentanyl pills were indicted on Tuesday. Two indictments charging a total of eleven defendants were unsealed following law enforcement activity in two states. Six additional defendants were indicted and arrested in September. Despite the arrests tied to a wiretap investigation, the traffickers named in the most recent indictments continued their trafficking activities.

“These individuals were bringing large loads of meth, heroin, fentanyl and cocaine from Mexico across the border and up I-5 to the Pacific Northwest,” said U.S. Attorney Nick Brown. “Even when an RV loaded with drugs was pulled off the highway and seized by law enforcement, they weren’t deterred. The wiretap revealed various organizations continued to recruit drivers and vehicles to transport their drugs throughout our District.”

Dope, cash, and guns on the table

Even before Tuesday’s search of 14 locations in Washington and California, the drug, gun, and cash totals seized by law enforcement were significant:  1,016 pounds of meth; 9 kilos of fentanyl powder and 330,000 fentanyl pills; 25 kilos of cocaine; and 15.5 kilos of heroin. Law enforcement seized 43 guns and more than $1 million in cash.

“This operation would be considered a success purely by the volume of illegal drugs taken off the streets” said Richard A. Collodi, Special Agent in Charge of the FBI’s Seattle field office. “When we consider a drug trafficking organization was dismantled and the number of illegal firearms recovered through our federal and local partnerships, the positive impact to the Puget Sound region will be immediately felt.”

“The amount of dangerous narcotics seized during this investigation is staggering,” said Jacob D. Galvan, Acting Special Agent in Charge of the DEA Seattle Field Division. “Just looking at the fentanyl seized, since four out of 10 fake pills contain a lethal dose, that was enough to kill 132,000 people. This investigation shows our state, local and federal partnerships are needed so we can keep our communities safe, healthy, and free from these dangerous narcotics.”

Those named in the indictments unsealed yesterday include:

Six defendants were arrested earlier this year on a September 21, 2022, indictment:

As for totals from the searches on Tuesday, law enforcement seized more than 2 kilos of fentanyl, 4.5 kilos of heroin, 10 pounds of methamphetamine and 67 firearms. Also taken by law enforcement: high-capacity rifle magazines, thousands of rounds of ammunition, two sets of body armor, one ballistic shield.