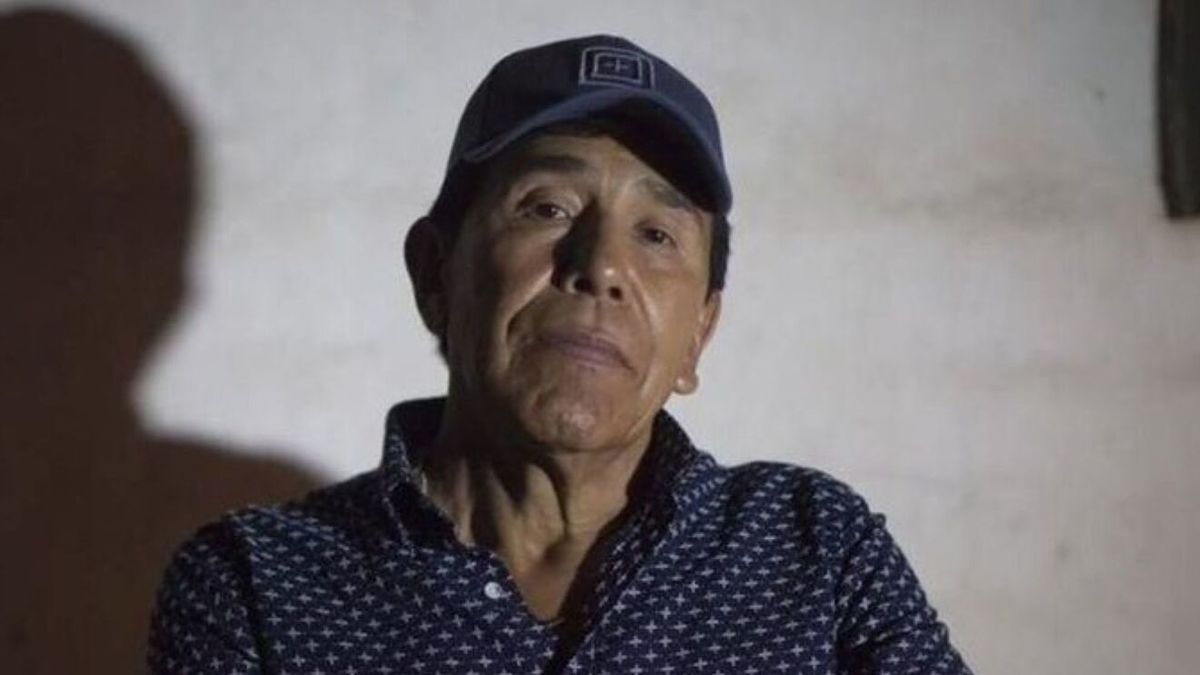 If you kill a DEA agent – or any member of U.S. law enforcement – then you better start digging two graves. One for your victim and one for yourself. Because they won’t forget, nor will they forgive. Infamous Mexican drug lord Rafael Caro Quintero was involved in the torture murder of DEA agent “Kiki” Camarena. He had tasted the DEA’s wrath, but thought he could outsmart them. He failed.

After realizing that this work meant long days with little reward, he began looking into other ways to make money. Intimately familiar with farming and horticulture, Caro Quintero applied his knowledge to marijuana – and how to set up a successful plantation himself.

Within just a few years Caro Quintero (right) had made so much money that he was able to buy several ranches and expand his operations. He did so while working closely with established narco kingpins Pedro Avilés Pérez and Ernesto “Don Neto” Fonseca Carrillo.

Money was pouring in for the Mexican drug lords and pretty soon they needed to establish the rules of the game. Who were the power players? Who decided how the game was to be played? In the late 1970s, Caro Quintero,  Ernesto Fonseca Carrillo, and Miguel Ángel Félix Gallardo, the Godfather of Mexico’s Narcos, set up the Guadalajara Cartel and began dominating the drug underworld.

The DEA labeled the Guadalajara Cartel as one of the primary suppliers of heroin, cocaine, and marijuana to the United States in the late 1970s and 1980s.

Caro Quintero was growing enormous amounts of marijuana on thousands of acres of land. He did so with impunity. All the cops, judges and politicians were in the pockets of the Guadalajara Cartel. It almost felt like he wasn’t doing anything illegal. Just growing crops. Some would grow beans or corn, he grew marijuana.

Unfortunately for him, his product was indeed illegal (at that time). 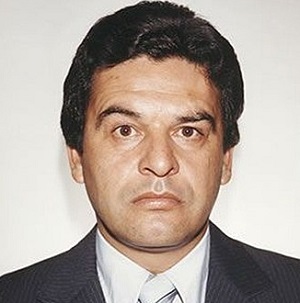 A dedicated team of DEA agents was working at uncovering the drug pipelines supplying America’s users with dope. Among them was Enrique “Kiki” Camarena (right), who worked as an intelligence officer. “Kiki” was hard as nails. He had joined the Marines after finishing High School before joining the police and working as an undercover.

“Kiki” was dedicated. And he was on to Caro Quintero and his gigantic marijuana fields.

One such enormous field was located on a ranch called El Búfalo in the state of Chihuahua. It was 2,500 acres. When Mexican authorities raided it in November of 1984 they found over 10,000 tons of marijuana. They burned it all. Over $150 million went up in smoke.

That day, the Guadalajara Cartel and its bosses realized they could be caught and hurt by the DEA. Incensed at what they perceived as flagrant disrespect and a serious threat to their organization, the cartel’s leadership ordered the kidnapping of those it deemed responsible for the raid on their marijuana farm: “Kiki” Camarena and Alfredo Zavala Avelar, the pilot who flew over the ranch to gather proof of its existence.

The murder of “Kiki”

Several months later, on February 7, 1985, both men were grabbed off the streets of Guadalajara and taken to 881 Lope de Vega in the colonia of Jardines del Bosque. It was a home owned by Caro Quintero.

More importantly, it was the scene of a horrible crime. Both men were tortured for hours. Their interrogators recorded it all on tape. All the words, the screams, and the moans as the men succumbed. Only for their torturers to wake them up for another round.

After 30 hours it ended. “Kiki” Camarena's dead body was wrapped in plastic and dumped outside the small town of La Angostura, in the state of Michoacán, where it was discovered on March 5, 1985.

Killing a DEA agent is declaring war on the United States and its service members. Every organization now wanted a piece of the Guadalajara Cartel and its kingpins. The DEA, of course, had dibs. It launched Operation Leyenda, the largest homicide investigation ever undertaken in the DEA’s history.

As a result, Caro Quintero was arrested in Costa Rica in 1985. He was convicted of ordering Camarena’s kidnapping, torture, and murder and sentenced to 40 years in prison. U.S. authorities pleaded for his extradition to the United States, but were unable to get their Mexican counterparts to oblige.

This case illustrated how intertwined narcos and politicians had become. Corruption festered and had been tolerated as long as it was about narcotics being smuggled into the U.S. But now it had ballooned and threatened to take down the entire Mexican government.

It was best to keep the masterminds of such a horrendous crime in Mexico. Where they would keep their mouths shut. And who knows, maybe one day things would be different.

That day arrived in 2013 when an appeals court overturned Caro Quintero’s verdict, ruling that he should have been tried in a state rather than a federal court. He was released from prison after serving 28 years. When the Supreme Court upheld the sentence, it was already too late: Caro Quintero had vanished.

Respected and revered as one of the founding Godfathers of the narco underworld, Caro Quintero was welcomed back with open arms. According to the FBI, he returned as a senior leader of the Sinaloa Cartel led by Joaquin “El Chapo” Guzman. Mexican authorities claimed Caro Quintero was involved in trafficking methamphetamine, heroin, cocaine and marijuana.

U.S. authorities put up a $20 million dollar reward for his arrest in 2018 and added him to FBI’s 10 most wanted list. 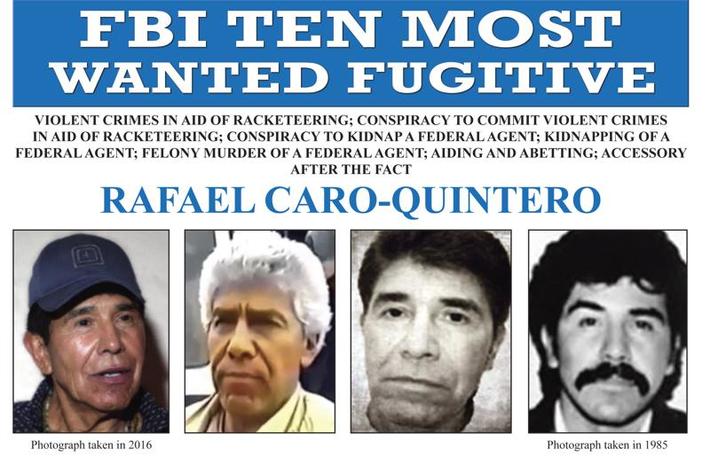 Still, Mexico didn’t seem all that eager to find and arrest him. Politics trump justice, after all.

Hiding in the bushes of Sinaloa

Three days after the visit, on Friday, July 15, 2022, the Mexican Navy flew Black Hawk helicopters filled with Marines into the town of San Simón, in the northwestern state of Sinaloa. One chopper crashed, resulting in the death of 14 Marines.

Enough made it onto the ground to begin their search. The Marines were accompanied by Max, a specially-trained bloodhound. Max took his handlers to a bunch of bushes where he was sure they would find their target: Rafael Caro Quintero.

Indeed they did. Hiding down in the bushes was the elusive 69-year-old drug lord (photo below). 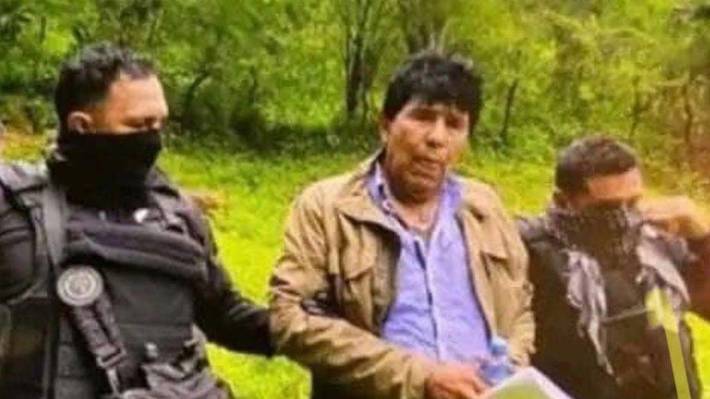 DEA agents based in Mexico had worked with Mexican authorities to pin point Caro Quintero’s location and arrest him. “For more than 30 years, the men and women of DEA have worked tirelessly to bring Caro Quintero to justice,” DEA administrator Anne Milgram said. “Today's arrest is the result of years of your blood, sweat, and tears. Without your work, Caro Quintero would not face justice.”

Mexico’s Attorney General’s Office said in a statement late Friday that he was arrested for extradition to the U.S. and would be held at the maximum security Altiplano prison about 50 miles west of Mexico City.

“There is no hiding place for anyone who kidnaps, tortures, and murders American law enforcement. We are deeply grateful to Mexican authorities for their capture and arrest of Rafael Caro Quintero,” U.S. Attorney General Merrick Garland said. He added that Caro Quintero will be tried “in the very justice system (DEA) Special Agent Camarena died defending.”