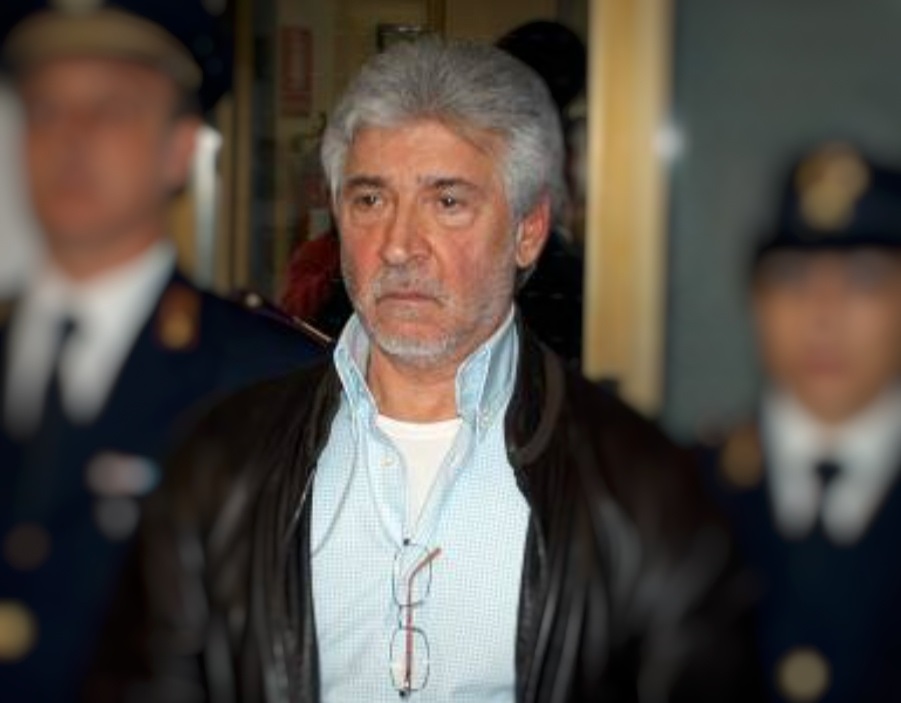 If you want to make sure you don’t sleep with the fishes, you live by the rules.

In November 2007 when anti-Mafia forces tracked Salvatore Lo Piccolo (photo above) to his lair in a villa near Giardinello, about twenty kilometres west of Palermo the one thing they never expected to find was a Mafia code of conduct. A constitution for Cosa Nostra.

One of the greatest problems facing historians trying to decipher the meaning of the “honorable society” over the years has been its unfaltering determination to commit nothing to paper. The symbiosis between myth and fact has always been the wedge that kept the truth from emerging as an accountable feature in a confusing verbal history distorted by time and paradigm manipulation.

There was a Mafia, but there was nothing ever written by its members to incriminate them. Criminal gangs involved in legal and illegal activities in an entity with an extraordinary ability to change while always remaining itself. Without writing about it.

Emerging in Sicily, sometime, somewhere, it grew beyond its island boundaries and travelled to America, the land of the brave and the free, where it would grow like a culture in a Petrie dish, feeding off the millions of Italians who had been travelling there since the 1880s.

The word, or a version, maffia, first emerges in an official document in Palermo in 1658, using it as a nickname for an alleged witch, Catarina la Licatisa, facing prosecution before the courts as a heretic.

Law enforcement in the United States struggled to understand it, then essentially just gave up. Emerging alongside the Black Hand, extortion gangs that emerged towards the end of the nineteenth century, Mafiosi came with the great migration flow from Italy, and established themselves in gangs or Families, in the major cities across the country with a high Italian population. And did their thing, but never issued written instructions or maintained historical records. They handed everything down from generation to generation by verbal mandate.

Joseph Valachi, a soldier in the Genovese Family of New York, claimed a Mafioso could not strike another one in another family. This was to prevent vigilante justice, and triggering a war between families.

Although all men of the Mafia are allegedly equal, there is a protocol establishing the difference between equality and respect. A soldier, for example, would never join a group of his superiors without an invitation.

When asked a question by a man of honor, another has to always tell the truth. Paradoxically, this creates uneasy situations within mafia clans. In theory, the son of a Mafioso killed by Cosa Nostra, cannot join his father’s clan since because of their obligation to be truthful, if asked, if would not be possible for them to lie. In practice, there were examples that this instruction was overlooked.

The rules of the game have always been flexible, depending who was affected by them. There is a certain elasticity in their application in which business or situational context can benefit whoever is applying them.

The only issue that seemed to remain constant was that nothing went down on paper. That was until ten years before the police in Sicily busted Lo Piccolo.

The action this time was in New York. 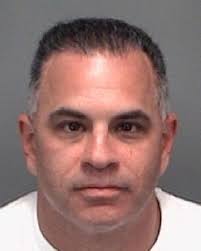 In 1997, during a search of a basement property owned by John Gotti Junior (right) in Queens, federal agents found a typed list of inducted men in the crime family he was part of, known as the Gambino Family, along with a handwritten record of various men proposed for membership into New York’s five Mafia families in 1991 and 1992.

A long-standing edict in New York has called for prospective member’s names and the ones they are replacing to be circulated and vetted by other families before induction into the mob. These lists are supposedly destroyed once they accepted the soldiers into the Mafia. 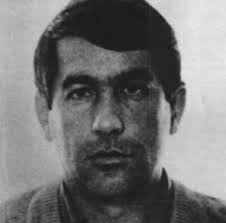 Five years earlier, Leonardo Messina (left), a man of honor in the San Cataldo Mafia family in the province of Caltanissetta, in the south of Sicily, became an informant for the government after his arrest in 1992. Among the small mountain of detail he provided the authorities on the workings of cosa nostra, was a fascinating nugget he had himself received from his mentors.

This referred to a “Mafia Bible” that was alleged to contain, in writing, everything known about the history and statutes of the honored society. A Family based in Tunis, headed then by Calogero Giambarresi, held onto it for years before handing it over to the boss of Riesi, in southern Sicily, Giuseppe Di Cristina, for safekeeping. And there, the story ended. Did it exist? Was it just another Mafia myth?

There was a Mafia clan in North Africa, created by the Mafiosi who fled Sicily to avoid Cesare Mori, the prefect of Palermo, sent by Mussolini, the Italian fascist dictator, to wipe out the criminality. Between 1924 and 1929, he was the only man who has ever come close to doing it.

Di Cristina goes and gets himself shot dead in 1978. Nothing has ever emerged to confirm or deny this legend.

And then of course there are the pizzini. 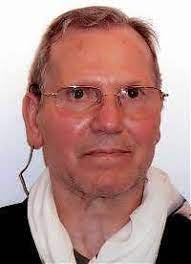 When anti-Mafia law enforcement agents raided the grubby, little stone cottage on a goat-herder’s pasture a few miles to the east of Corleone in April 2006, they found not only Bernardo Provenzano (right), the boss of all bosses, living like a hermit, but also an archive of about 350 messages sent and received over some of his years on the run. The Sicilian word pizzunu, means a little piece of paper, which is exactly what they were:

Formally to his associates and informally to his family, his thoughts were typed on old-fashion typewriters, then rolled into small bundles, and delivered by hand across Sicily, by trusted couriers. To ensure the safety of his missives, he used an encryption system, similar to one used by Julius Caesar.

According to Judge Giovanni Falcone, in the world of the Mafia, “Everything is a message, everything is full of meaning.” Some stuff just has to be beyond oral.

When he finished a message, Provenzano would fold it into an intricate tiny bundle, writing a special code on the outside which showed the recipient, then seal the package with transparent tape.

Sources have claimed that in one of his messages he instructed if captured by the law, Matteo Messina Denaro, the boss of the Trapani Province, should take his place. That is a directive apparently still unfulfilled, fifteen years later.

Giuffre had at one time been the right hand to Provenzano. Not being able to bear the separation from his wife, Rosaria Stanfa, (a relative of Philadelphia mob boss John Stanfa,) he became a penitent for the government and spilled the beans, more for love than freedom it seems. 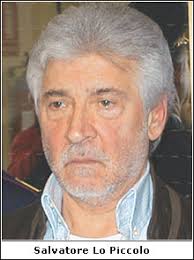 Lo Piccolo had a stash of pizzini in the villa when the cops raided it, along with a notebook containing the names and addresses of hundreds of people who were paying the Mafia protection money. What they called pizzo. Wetting the beak. Take a little and leave always more to be taken.

A Mafia method of extortion that went back generations.

And yet the little missiles of Cosa Nostra's policy and instructions go back even further.

Luigi Ilardo, Mafia boss in the province of Caltanissetta in the south of Sicily, is murdered in Catania in May 1996. Shot dead outside his home on Via Quintino Sella. He had regularly traded pizzini with Provenzano, ten or more years before they would capture the boss.

As recently as 2015, police have been discovering additional sources of the pizzini, these being used by Denaro as he tried to maintain control over his Mafia business in Sicily. On the run for almost thirty-years, he is still seemingly as elusive to track down as was Salvatore Riina, the Mafia boss who preceded Provenzano, who both avoided the law for many years. Until they got caught.

What has always confounded the forces of law and order is that the Mafia does not exist. In the traditional sense of a formal entity. There is no Mafia headquarters or offices anywhere. No lists of membership, no written statutes and until 2007 no written rules of conduct. It exists as independent groups of criminals.

As the New York Times implies in an article dated January 12, 1964 about the one in Sicily: “each working independently in local situations but cooperating with each other to control in its interests the economic life of an area. There is thus not just one Mafia but an endless network of Mafias.”

The Mafia Decalogue, found in the possession of Salvatore Lo Piccolo, like the Biblical one, has ten commandments: edicts with a binding authority. Nothing in it was really new to the law or crime historians. Various informants in both America and Sicily had exposed each one over the years, dating back over a hundred years, in one form or another. Do this. Don’t do this.

Under the heading “Rights and Duties” this is what Lo Piccolo had listed on his typewritten foolscap sheet of paper:

These are the rules, except when they are not. In evidence at court hearings in Trapani Assizes, referred as Vito Agata+22, on June 22, 1998, a close and personal associate of Denaro, Vincenzo Sinacori, claimed while giving evidence, “Even though rules exist, it doesn’t necessarily mean that they will be applied.....rules exist when they’re applied....at the moment they’re applied, they exist.”

Famous Sicilian painter, Renato Guttuso, claimed, “In Naples they use 10000 words to explain what is said in Palermo with a look.” No one can say more about nothing than a Mafioso. They even have a word for it, in the Sicilian dialect. It’s called bacchiaggiu. and refers to the short, incomplete, and metaphorical way of talking adopted by men of honor.

The rules of the Mafia, or at least some of them, were revealed as early as 1877 in the Palermo Assize Court during proceeding against members of a sect known as Stuppagghieri- Fuse-burners- based in Monreale, a town to the west of Palermo. One of many such criminal groups that existed across Sicily, trading under a variety of exotic-sounding names. According to police officer Antonino Cutrera, who wrote one of the first in-depth studies of the Sicilian Mafia in 1900, this mob in Monreale was “the model type of Mafia organizations.”

Albert Einstein once said, “You have to learn the rules of the game. And then you have to play better than anyone else.”

The Mafia. Cosa Nostra. The Honored Society. Whatever we call it, have been doing this for generations. If only more of them, like Salvatore Lo Piccolo, would leave us something in writing so we could unlock a few more secrets about one of the world’s most secret fraternities.

Chance would be a fine thing!

These are some sources used in creating this story: