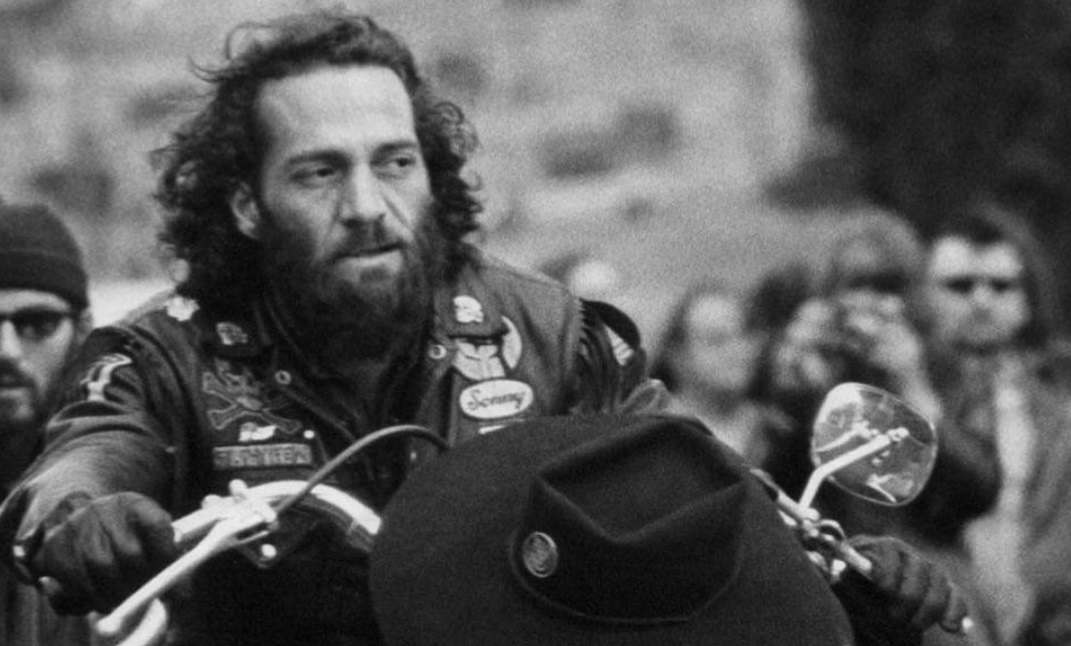 The life of an outlaw is one lived on the edge. Fuck the rules, laws, and what people think. Hells Angels president Ralph “Sonny” Barger epitomized this attitude to the fullest. He passed away yesterday. He was 83.

Barger was born on October 8, 1938 in Modesto, California. He grew up in Oakland and couldn’t quite find his groove. His temper would flare up at the slightest abuse. He frequently fought both classmates and teachers before dropping out in tenth grade.

He tried his hand at some menial jobs and tried to join the U.S. Army at 16 years old. It worked until they found out he faked his birth certificate.

Seeking adventure and brotherhood, he found all that and more in the motorcycle clubs roaming California. In 1957, he founded the Oakland chapter of the Hells Angels motorcycle club. When its founding president, Otto Friedli, went to prison, Barger stepped up and assumed leadership over the entire club.

His ride had officially begun.

It was on a highway filled with women, booze, all sorts of narcotics, and lots of violence.

Barger and his fellow Hells Angels lived to prove to everyone they were the meanest, craziest, and baddest bikers on the planet. They partied like every day was their last. The way they lived every day could very well be their last.

Zero fucks were given by Barger and his crew. Their reputation saw them move in the unlikeliest of circles. They were hired to provide security at the Rolling Stones’ Altamont Free Concert in 1969, but turned out to be the biggest threat to everyone’s safety as they fought and stabbed their way through the public. 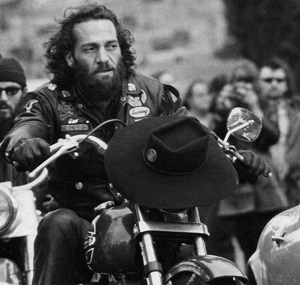 But, man, those drugs. Marijuana, LSD, heroin, cocaine, you name it, the Hells Angels took it or sold it. Well, allegedly. Barger was hit with drug charges several times, but only convicted once – of possessing 37 grams of heroin intended for sale.

Barger did his time and kept his mouth shut. He’d serve several more sentences for this and that, but authorities never managed to get any serious charges to stick. One snitch testified he saw Barger shoot a drug dealer in the head, but the jury didn’t believe him.

When Barger and a bunch of other Hells Angels were caught in 1972 driving around with two prospect Hells Angels in the trunk of their car – bound, gagged, and beaten – they pleaded guilty. Not to kidnapping or attempted murder, as they were charged with. But to unlawful imprisonment.

Leading them in battle, prosecutors claimed, was “Sonny” Barger. Getting that message across to a jury was more difficult. Barger was convicted in 1988 by a Louisville jury of conspiracy to transport and receive explosives with intent to kill or damage buildings. He was sentenced to 4 years in prison and got out early in 1992.

Taking it easy, sort of

Though there was plenty of violence and death in the decades to come, Barger had clearly taken a step back. He joined the Cave Creek chapter in Arizona in 1998 and enjoyed his status as an elderly statesman within the world of outlaw bikers. He was revered and respected by most.

Still, he could not stop violence between his beloved Hells Angels and clubs like the Pagan’s, Bandidos, Mongols, and Outlaws. By then feuding with rival bikers was one of the only rules of the lawless outlaw jungle.

A chain-smoker for most of his life, Barger was diagnosed with throat cancer in 1983. His vocal cords were removed and he spoke using the muscles in his esophagus. He soldiered on as he had done all his life, but the cancer was not going anywhere.

Yesterday, it ended his life.

“I’ve lived a long and good life filled with adventure,” a message posted on his Facebook page after his passing read. “And I’ve had the privilege to be part of an amazing club. […] I’ve mostly enjoyed special time with my club brothers, my family, and close friends. Please know that I’ve passed peacefully after a brief battle with cancer.”

He ends his statement with: “Keep your head up high, stay loyal, remain free, and always value honor.”