Imagine that you had a job for years that was appreciated by the general public, but criminalized by the government. You spent some time behind bars because of it. Friends of yours did too. Then the government did a 180 degree turnaround and took your job and income and handed it to those with a clean record. Welcome to the legit marijuana business.

It is hypocritical to say the least. To see legitimate businesses built on marijuana while so many people are currently imprisoned because of being involved in exactly that business. It seems that, for most people, life goes on as usual and those that got the short end of the stick are forgotten and discarded.

Every so often we are reminded of this injustice when a story like the one below pops up.

30-year-old Timothy Christopher Gaines and a partner-in-crime robbed Green Therapy, a marijuana dispensary in Eugene, of several jars of marijuana and $912 in cash on December 20, 2019. “Get on the ground,” Gaines yelled at the store employee. “Don’t move. I’ll shoot you! Where’s the money? Don’t fucking move!” 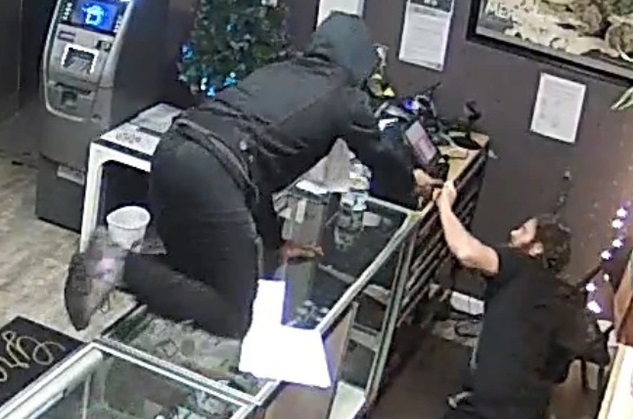 Gaines used a firearm during the robbery and pointed it at the store employee as he cowered on the floor. Someone who was just doing his job. An honest job.

Gaines was charged and on February 14, 2022, he pleaded guilty to using and carrying a firearm during and in relation to a crime of violence. Assistant U.S. Attorney Leah Bolstad believes Gaines’ own addiction to marijuana led to the crime.

His crime is punished accordingly, but this incident shines a light on our justice system. A few years ago, the store employee would be cast in a different light. He would be a common criminal who got what he deserved for getting involved in such shady activity.

Now, he is a hardworking individual, someone who deserves our respect.

Perhaps we as a society should remember this when looking at crime and its causes before we begin to place labels on people, groups, neighborhoods, cities, countries. The story is never as black and white as one thinks or the law implicates.

Not that it makes any difference to those spending the rest of their lives in a prison cell because of selling a product that now gets you labeled as an innovative business entrepreneur and on the cover of Fortune magazine.

As Gaines was sentenced, his three children and their mother looked on in court. Gaines blew kisses at them as he was led away.